How 3 biodiesel companies defy the odds in a challenging industry

While biodiesel companies across the United States await government decisions on updates to the Renewable Fuel Standard and Blender’s Tax Credit, the Western Sustainability and Pollution Prevention Network checked in with three West Coast biodiesel companies for an insider’s look at the state of the industry. Of the 297 biofuels companies currently operating in the U.S., we chose three — Pacific Biodiesel, Bently Biofuels and SeQuential Pacific Biodiesel — because they share a feedstock of used cooking oil and a passion for protecting the environment.

In addition, each one of them is standing strong in uncertain times, surviving conditions that have forced many other biodiesel companies out of business. This article will touch briefly on each company, the challenges that they face, their secrets to success, why it’s important that the biodiesel industry survive, and what we can do to help the biofuel industry succeed.

How three biodiesel companies got into the biofuels industry

The founders of Pacific Biodiesel, Bently Biofuels and SeQuential Pacific Biodiesel each entered the biodiesel industry for different reasons, but eventually came to the same conclusions: creating fuel from used cooking oil helps the environment, reduces our dependence on fossil fuels and makes good business sense.

Pacific Biodiesel, located in Kahului, Hawaii, is the oldest biodiesel company in the United States. For founders Kelly and Robert King, the impetus for entering the industry was a desire to put a waste product to work by recycling used cooking oil into a fuel source and keeping it out of the Central Maui Landfill. At the time, little was known about the possibilities for biodiesel, so the Kings worked with researchers from the University of Idaho to develop methods for converting used cooking oil into fuel.

They built the first biodiesel plant on site at the Central Maui Landfill in 1995 and have been successfully diverting cooking oil from the landfill ever since. “Last year, we went through the process of figuring out how much FOG (fats, oils and grease) we’d kept out of the landfill,” said Kelly King. “It was something like 22 million gallons. For a small island, that’s pretty big.”

Bently Biofuels, located in Minden, NV, was founded in 2002 by Don Bently, out of concern for rising petroleum fuel prices. “In 2002 Don Bently had the foresight to say that oil was going to get to $100 a barrel,” said Carlo Luri, Director of business development for Bently Enterprises. “Oil was trading for about $25 a barrel back then. And that was the historic high, so nobody in their right mind would have even forecast or predicted that oil could have quadrupled in price. It only took five years for that to happen.”

Bently, an entrepreneur and industrialist, opened a plant for biodiesel production on his family ranch in 2005. In 2006, he began to market and sell the product in California. Today, the nine-person team at Bently Biofuels sells biodiesel to customers in Northern Nevada and California from fueling stations in Minden, Reno, Berkeley and San Francisco.

SeQuential Pacific Biodiesel, currently operating out of Salem, OR, began production in Eugene, OR, in 1998 as Eugene Biosource. Tyson Keever, one of SeQuential’s three co-founders, was initially attracted to the “do-it-yourself” nature of biofuels production. “You could make it at home in your garage,” said Keever. “It was just very empowering and tangible.”

As gasoline prices increase, so does the appeal of alternative fuels; and like gasoline, alternative fuel prices can fluctuate based on a variety of political and economic factors.

Biodiesel is currently more expensive per gallon than gasoline and other alternative fuels. One reason for this discrepancy is that the other fuels are better subsidized. The Blender’s Tax Credit, which is a fixed $1-per-gallon tax credit given to the first fuel blender of a volume of biodiesel that contains at least one-tenth of one percent petroleum-based diesel fuel, has been inconsistent. Every two years, the Blender’s Tax Credit expires and has to be re-authorized by Congress. At the end of 2013, it had not been reauthorized for 2014, according to Carlo Luri of Bently.

“If we don’t get that $1 tax credit, it’s basically a dollar out of somebody’s pocket,” said Luri. “Either the customer has to pay $1 more or we have to make due with $1 less. Trying to run a biofuel business with $1 less per gallon for revenue means that most biodiesel companies are operating in the red.”

If the Blenders Tax Credit is reauthorized for 2014, companies can be paid retroactively. Luri explained that this has happened several times in the past but there is no guarantee that it will happen again. This uncertainty makes it difficult for many biodiesel companies to compete with the petroleum industry.

“Petroleum subsidies are embedded in federal statutes, so they don’t have to go back every two years and ask for them,” said Kelly King of Pacific. “All of the renewable fuel subsidies and incentives are short-term. They have to be voted on every two to four years, and that’s not conducive to creating an industry where investors want to know what their return on investment is going to be for the next five years.” 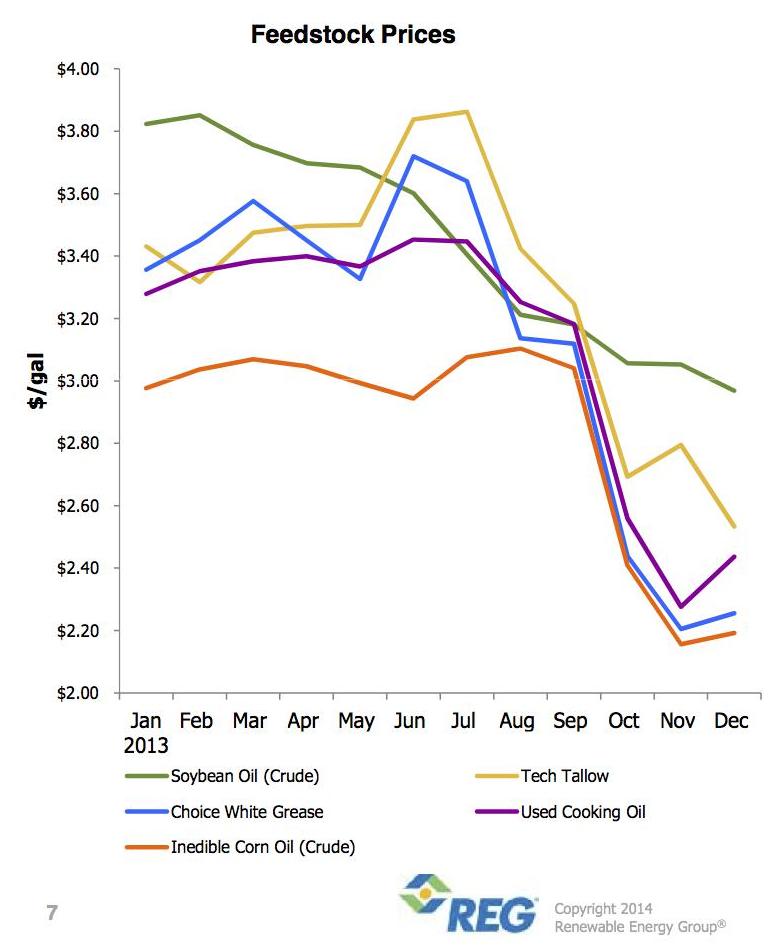 Luri also described another hurdle that biodiesel producers face: the price of yellow grease (another name for used cooking oil) dropped almost 40 percent between 2013 and early 2014. “Financially, that is very damaging to the companies that are trying to recycle the oil, because you have a fixed contract to buy the oil from the restaurant at a certain price,” explained Luri. “Your collection costs are more or less fixed because you’re paying salaries, insurance, fuel, depreciation on the trucks, and meanwhile the price that you can sell that oil into the market is down 40 percent.”

Limited feedstock is another major challenge facing the biofuels industry, according to Tyson Keever of SeQuential Pacific Biodiesel. Feedstock prices fluctuate dramatically, making it difficult for biofuels companies to maintain a sustainable business operations model. “Go back five years, most of the industry across the country made biodiesel from soybean oil,” said Keever. “Today, a lot of new sources of feedstock are coming to market. Corn oil has taken a significant market position, and more fats, oils and greases, recycled cooking oil and tallows are coming to market.”

All three companies think that it is unlikely that biofuels would ever replace petroleum because there aren’t enough soybeans, corn, or used cooking oil to meet our country’s demand for fuel. 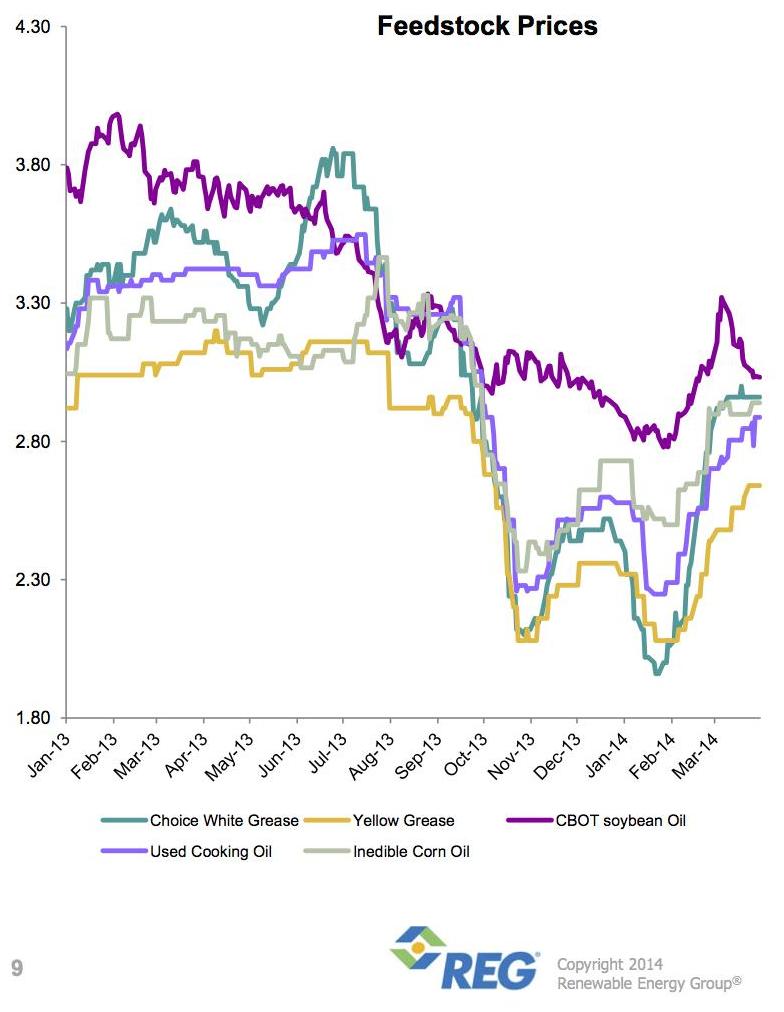 U.S. EPA’s proposal to reduce the mandatory volume of biofuels blended or sold into the nation’s fuel supply for 2014 is another policy change that is expected to have an adverse effect on the biofuels industry. Each year the EPA is required to set standards for the Renewable Fuel Standard program and determine the national volume of biodiesel that will be required. If the EPA were to reduce the required volume of biodiesel for the coming year, this would be the first time the agency scaled back its ambitions since the RFS program began in 2007.

Changes in state policy affect biodiesel companies as well, but the biodiesel industry is receiving some support from the courts. “The petroleum industry, the food industry and other refineries are united in the attack on biofuels, and most of that is focused by attacking the programs that are put in place to incentivize biofuels,” said Carlo Luri of Bently. “In California, the Low Carbon Fuel Standard is under attack, and at the federal level the Renewable Fuel Standard. In the last 8 or 10 months, there have been a number of rulings coming down from the courts of appeals that are standing in support of renewable fuels. So the attacks are there, and they do have an impact, and it tends to slow things down and stall things and sometimes impact prices.”

To remain in business during these tumultuous times, each of the three companies shared a common strategy: stay local.

“Our strategy has been to focus on a community-scale model, with an emphasis on being able to compete without tax credits,” said Tyson Keever of SeQuential Pacific. “We have a large used cooking oil collection company where we go direct to the back door of the restaurant. We try to stay within 500 miles of our production facility. We sell most of our fuel as locally as we possibly can, and as far down the fuel-shed as we can to the end user.”

Kelly King, operating from a small island in the mid-Pacific, concurred. “You’ve got to look at your local resources,” said King. “You don’t want to be shipping feedstock from the other side of the country, or from outside the country. We always focus on ‘local is better’, ‘smaller footprint is better.' It’s better for the environment, it’s better for the economy, and socially it’s better because people have jobs locally.”

At Bently Biofuels, which was founded on the principal of self-sufficient farming, they believe that locally-produced fuel provides great benefits to the community, including cleaner emissions, proper disposal of waste, displacement of petroleum and domestic energy security. The more fuel we can make locally, the less we need to obtain from unstable parts of the world, like the Middle East.

“We don’t often get credit for this, but restaurants have saved millions of dollars, maybe even billions if you look across the nation, from going from the model of paying haulers to pick up their used cooking oil and grease trap oil, to getting paid for it or getting it picked up for free,” said King. “Since 2010, we’ve saved the restaurants on Maui over $1,000,000 in fees. Restaurants are starting to see their waste oil as a commodity, rather than a waste”.

In Hawaii, where resources (and landfill space) are limited, biodiesel is especially important because it provides an opportunity to prevent pollution while putting a waste product to good use.

"Since 2006, we have been fueling with 100 percent biodiesel”, said Erik Stein, owner of Extended Horizons, Maui’s top green dive operator. “Customers seek us out because consumers are now looking for businesses that are actively protecting the ocean and earth. The benefits have flowed to our bottom line as biodiesel burns cleaner than petro-diesel, reducing our engine maintenance costs."

Pacific Biodiesel, SeQuential Pacific Biodiesel and Bently Biofuels have successful business models that support their communities, reduce C02 and greenhouse gas emissions, and keep fats, oils and grease (FOG) out of our sewers and landfills. Public awareness is the best way to keep these companies in businesses.

Anyone can use biofuel

According to the National Biodiesel Board, biodiesel blends of 20 percent and below will work in any diesel engine without engine modifications. If the blend has been properly treated by the biodiesel company, it will work year round, even in cold climates. B20 (a blend of 20 percent biodiesel, 80 percent petroleum diesel) provides similar horsepower, torque and mileage as diesel. Blends of 5 percent biodiesel and lower meet the ASTM standards for diesel fuel and don’t require any special considerations.

For gasoline-powered vehicles, a different type of biofuel — bioethanol — can be used. The E10 blend (10 percent bioethanol and 90 percent unleaded gasoline) can be used in any gasoline engine. Higher blends require a specialized engine.

Another myth is that using biodiesel will void a vehicle’s warranty. The U.S. Department of Energy Handling and Use Guide (page 37) states that federal law prohibits voiding of a warranty just because biodiesel was used.

Biodiesel should not cause engine problems. "We've been using B20 since 2006, averaging a million miles a year on our biodiesel-fueled vehicles, with no issues," said Kelvin Kohatsu, Fleet Administrator for Hawaiian Electric Light Company.

The best way to support the biofuels industry is to use biodiesel in your diesel-powered vehicles and bioethanol in your gasoline-powered vehicles. Use the U.S. Department of Energy’s Alternative Fueling Station Locator to find a list of fueling stations around the U.S.

Top image by Mejidori via Wikipedia. 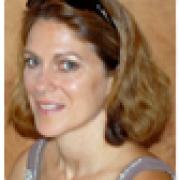 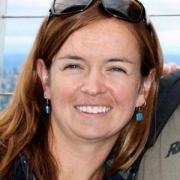 See all by Donna Walden