SELCO Solar Energy Access has teamed up with Microsoft to support carbon financing that brings the sun's power to developing economies.

The world is in the midst of a solar power revolution. In under two decades, the solar PV industry has evolved from being niche to one poised to take on the utility incumbents as an affordable mainstream energy source. However, right now solar and wind still make up only 1 to 2 percent of the global energy mix.

Economies of scale and advances in technology have seen the global cost of solar tumble year after year, prompting speculation that it could contribute 20 percent of total electricity consumption by 2030.

Solar remains unaffordable for the world’s poorest people, and without access to funding, getting onto the first rung of the energy access ladder remains firmly out of reach.

But while the future looks bright for many, the people who arguably stand to profit most from solar and its applicability for off-grid locations — low-income families in developing countries with little or no access to energy — have little prospect of experiencing the benefits any time soon. The price might have dropped, but solar remains unaffordable for the world’s poorest people, and without access to funding, getting onto the first rung of the energy access ladder remains firmly out of reach.

Energy access is an essential step towards moving out of poverty and into financial stability. With a reliable source of energy, more time can be spent on education and income-generating activities. But lending money to the very poor presents an unacceptable risk for most financiers: The borrower’s potential to default is too high, and the prospect of a return on investment too low.

Opening up affordable lending channels to all sections of society is a cornerstone of sustainable development, and in the case of solar power has the promise of far-reaching benefits. In India, an enterprising carbon finance-supported scheme has been delivering a fairer, more equitable financial mechanism offering affordable solar energy access to low-income households, community groups, micro businesses and schools, with encouraging results.

The SELCO Solar Energy Access project is a joint initiative from social enterprise SELCO and Natural Capital Partners, specialists in working with corporations on market-based solutions for their environmental goals. The project provides access to an array of solar products.

In the last year, it has distributed 18,222 solar lights, 1,452 solar water heating systems and 207 grid-connected solar PV systems, reaching 9,300 households. In subsequent years, it is anticipated that it will improve energy access for at least 20,000 households each year. 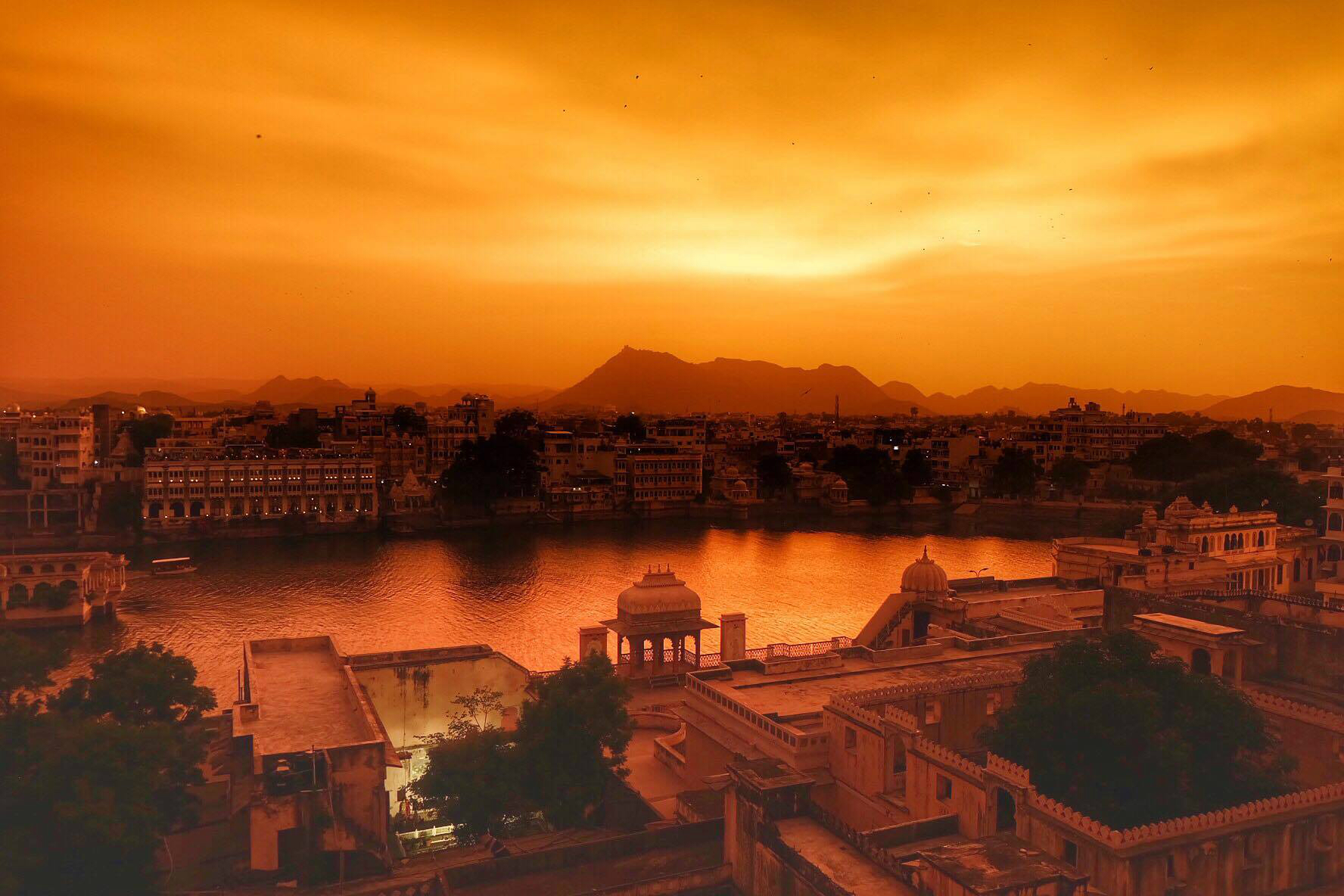 Through the project, customers in the poorest communities in India can purchase equipment for less than $5 a year in repayments, and get servicing and maintenance as part of the deal. The loans come from a mix of sources, including co-operative societies, commercial banks and micro-finance institutions. Crucially, the project operates on the basis that customers only have to start repaying their loans when their income improves — an arrangement SELCO founder Harish Hande said was only possible thanks to financial support from corporations such as Microsoft for the project through carbon finance.

"Solar Energy Access is about carbon finance being used to build sustainable development, not charity for the poor," Hande said. "We see these individuals as partners, not beneficiaries. We use carbon finance from Microsoft to put in the guarantees with financial institutions to make banks more comfortable in lending money to them. When we take the guarantee off, they become regular customers of the bank."

Today, 230 million people have no access to electricity in India and rely on kerosene lamps and candles for light. Of those who do have a mains connection, many are at the mercy of an erratic supply from a national grid system prone to causing regular blackouts lasting from several hours to days. SELCO Solar Energy Access helps by supplying a reliable source of energy tailored to each customer’s needs, whether that be providing a solar light for a single household or hooking up a group of street vendors to a PV array. The project’s "Light for Education" program, for example, provides solar lamps for students to take home and study by at night. The lamps are charged at a central solar unit on school premises, thereby encouraging student attendance.

India’s government actually has some very progressive attitudes to renewable energy, but they also have access to very cheap fossil fuels, which is a very hard habit to kick without a global price on carbon.

Having access to a regular and reliable form of energy allows more time to be spent on income-generating activities outside daylight hours, enhancing productivity and the capacity to move out of poverty. Just a few extra hours of light a day, for example, has been shown to improve earnings by 20 to 30 percent.

Aside from the initial outlay, solar energy is free, which means users also save on the cost of fuel displaced, freeing up more disposable income. In addition, the solar lighting removes the health risks associated with burning kerosene, and delivers emission reductions by displacing previous energy sources which rely on fossil fuels.

"There’s an important difference between consumption and assets, and needs and wants," he added. "This project is not about increasing consumption; it’s about understanding people’s needs and developing asset creation and financial inclusion."

The SELCO Solar Energy Access project is one of a wide portfolio of community offset projects financially supported by Microsoft as part of its carbon fee program, an internal financial mechanism for holding its business units financially accountable by charging them for their carbon emissions and using the funds collected to support environmental initiatives. Other initiatives include working with forest communities in Indonesia to reduce deforestation and a water filtration and efficient cook stove project in Guatemala.

Microsoft voluntarily introduced the carbon fee in 2012 in response to the company’s commitment to become carbon neutral. The fee is derived using a basic formula of carbon emissions multiplied by carbon price. Since its inception, it has supported carbon finance projects which reach 7 million people around the globe.

TJ DiCaprio, Microsoft's senior director of environmental sustainability and chief architect of the program, said that what had started out as an internal initiative to "get our house in order" soon helped the company realize just how much carbon finance had the potential to change lives and help mitigate the effects of climate change through the deployment of low-carbon technology.

"As a technology company we’re seeing the fourth industrial revolution — the transition to digitization — happen right before our eyes," DiCaprio said. "Still, there are so many people around the world who are missing out on the benefits. Almost 20 percent of the global population still doesn’t have access to energy. That impacts education, work and healthcare.

"As a key player in technology, we have a huge responsibility to ensure the transition to digitization is delivered correctly and fairly. The SELCO project is all about the last mile — connecting those people just out of reach of energy to all of the things it has to offer, from the health benefits associated with having hot water, to being able to hook up to the Internet and access data in the cloud to support education. Energy access empowers people and changes lives. Our hope at Microsoft is that more like-minded organizations will adopt a voluntary carbon fee model and help scale the enormous possibilities and impact that investment in low-carbon tech promises."

Jonathan Shopley, managing director of Natural Capital Partners, said carbon finance’s multiple benefits are becoming ever more attractive to businesses in the post-Paris talks era. The right model not only can assure customers that a company is taking climate problems seriously, but carbon finance in general provides a much-needed carbon price indicator that will help futureproof the business.

In addition, carbon finance projects deliver multiple benefits beyond mitigating the effects of climate change. This low-carbon sustainable development is critical to many companies’ supply chain challenges and developing key markets for customer growth, as well as aligning with many of the Sustainable Development Goals, a key focus for an increasingly socially aware business world.

In the case of India, carbon finance means helping to drive the renewable energy agenda forward, independent of the government.

"It’s a complicated situation in India, but sustainability is not economically important to them just now," Shopley said. "India’s government actually has some very progressive attitudes to renewable energy, but they also have access to very cheap fossil fuels, which is a very hard habit to kick without a global price on carbon to spur them on.

"Added revenue from carbon finance is critical. Without it, projects like this would not be possible."