How and why I married my EV

When I last wrote about electric vehicles, I focused on range anxiety — and more specific, my lack thereof — and why it should be a nonissue for many drivers who fall into a particular demographic sweet spot. In the article I cited a 2013 statistic that a whopping 92 percent of surveyed EV drivers reported overall satisfaction with their battery electric car. However, a commenter argued that such a statistic likely would be skewed because EV drivers would be inclined to report satisfaction. They'd just made a major purchase, the commenter said, and that substantial investment would bias drivers toward wanting to be satisfied with their EV, whether they truly were or not.

I absolutely agree. And I don't. I'll explain.

I don't disagree that EV drivers are prone to being satisfied with their car, but I strongly believe it's unfair to single them out. For one, I previously noted how EV drivers self-select, so they by default come from a demographic more likely to be satisfied with their car, because an EV is well-suited to their needs. But for another, the same factors that bias an EV driver toward reporting satisfaction with their vehicle also hold for any other major purchase — a gasoline-burning car, a house, even a smartphone. When you've just dropped major coin on an important purchase, no one wants to regret it. You look for the positive. You want it to work out.

This looking for the positive — and similarly, downplaying the negative — goes by another familiar name: compromise. The ideal that checks every box on your wish list rarely exists. Speaking from personal experience, that's certainly been the case for me — with my chosen city and state, my house and every car I've ever driven.

Things like these — state of residence, house, vehicle — are big commitments. We weigh the requisite compromises carefully. We make a researched, informed decision (although sometimes also a rash decision informed chiefly by emotion and impulse). And we move forward with life and all the benefits and constraints our chosen direction involves.

And then it dawned on me. This sounded an awful lot like marriage, with which I now have more than 11 years of experience. A spouse can be perfect for you, but there exists no objectively perfect spouse. Marriage is a big commitment, plain and simple, and seeing through the long-term success of such a relationship necessarily requires compromise. But when you the pick the "right" spouse, those compromises are easier and far fewer to make. Which is how I realized that I'd married my Nissan Leaf (and my state ... and my house ... and, of course, my real wife, Kelli). 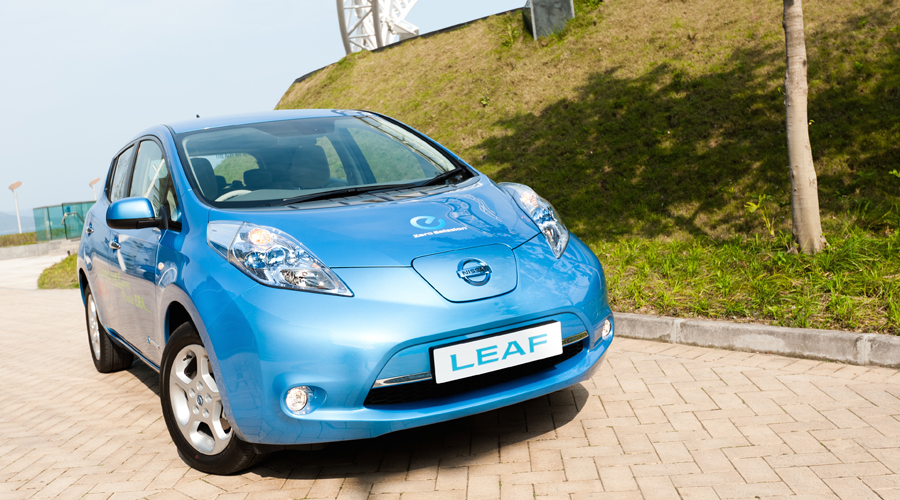 We report satisfaction, not because we're ignoring or otherwise glossing over the negative, but rather because we're willing to focus on the positive and to make the relationship work. And as I've previously written, for drivers in the EV sweet spot, "making the relationship work" is easy because they're a shoe-in for the EV demographic. For me, one of the few compromises I feel like I've made with the Leaf is this: Range is not at all an issue, but with three young children all still in either full-back booster seats or rear-facing car seats, buckling them in three across the back seat is pretty snug.

Are EV drivers more inclined to be satisfied with their EVs? Sure. That's in large part because they know what they're getting into — they fit the EV sweet spot demographic — and so their percent satisfaction rate will be higher. But even for those EV drivers who might not be totally over the moon but report satisfaction anyway, that's fine. They're coming face-to-face with the realities of their new automotive relationship, and they're effectively saying, "I'm going to make this work because the positive outweighs the negative, and, gosh darn it, this is worth it."

As the year soon ticks over to 2015, it'll become time to celebrate the one-year anniversary with my EV. I don't know that I'll pop a bottle of bubbly. But I do know that I'm as committed to that relationship as ever. Our Nissan Leaf and me, we're "right" for each other. It's a strong relationship, and as in any marriage, the minor negatives fade to the background while the positives amplify in the foreground. Our honeymoon period may be over, but when I look at my EV, tiny warts and all, I'm still in it for the long haul. Don't fault me for it.