How to assess candidates’ decarbonization and climate resilience plans

While the U.S. government has announced its intention to withdraw from the Paris Climate Agreement, most presidential candidates and many states have proposed climate plans of their own. To help voters assess these plans, many groups offer scorecards focusing on the target date for full decarbonization and the estimated costs, among other factors.

But decarbonization — reducing to zero the greenhouse gas emissions that promulgate climate change — involves transforming deeply uncertain, complex, coupled natural and human systems whose behaviors can be understood only in retrospect, not predicted beforehand.

How then might voters determine if any of these plans can seriously address climate change?

They should look for three overarching attributes:

Our climate also will continue changing even if society manages to eliminate greenhouse gas emissions by mid-century — and missing that target will bring about even larger changes. A serious climate plan then not only aims to reduce emissions, it also looks to build resilience to unavoidable future change.

A serious approach to climate requires a Plan B, as well. Full decarbonization by mid-century, necessary to avoid dangerous levels of climate change, involves a massive retooling of every sector of the economy at a scale and speed unprecedented in history.

Something is sure to go wrong. Reducing the risk means pursuing a diverse portfolio of technologies. Wind, solar, electric cars and all-electric houses are often held out as the preferred climate salvation options.

But a serious climate plan also needs to pursue other possibilities — nuclear, carbon capture, zero-carbon gas — to fill the gaps if one of the preferred options fails to meet expectations.

What if renewal energy can’t provide or pervade electrical systems aggressively enough? What if nuclear energy fails to produce abundant supply? Or if carbon capture and storage can’t remove significant amounts of pollution from the atmosphere, then what? A climate plan that itself is not adaptable is destined to fail.

A serious climate plan also should include multiple centers of leadership. A recent scenario exercise by the RAND Corp., Center for Energy and Climate Solutions, and the Joint Global Change Research Institute considered three pathways to deep decarbonization in the United States — one led by the federal government, another led by the states and still another led by consumers and businesses. We found that all constituencies eventually must join together to achieve success, but a secure future may require any one of them to lead if the others stumble (as the federal government is proving in real time).

Finally, a serious climate plan needs a blueprint for launching an unstoppable and cascading process of climate action — a credible theory of change. This might build on rapidly dropping prices for renewables and batteries that make them an irresistibly inexpensive choice for electric power. Or, further incorporating climate risks in corporate financial statements and bank loans. Or, requiring that large, federal infrastructure projects be built sustainably.

Offering ambitious future targets for decarbonization and climate resilience is a good start. But unless a climate plan is comprehensive, includes contingency plans and opens the floodgates for change, it can’t and shouldn’t be taken seriously. 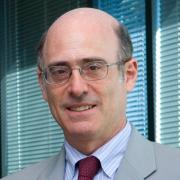 See all by Robert Lempert