A transportation design challenge by the German automaker borrowed inspiration from the organizational structure of biological cells.

Our cities are constantly growing and an ever-rising number of people live on a very small fraction of the world’s surface area.

Mobility no longer remains an optional luxury for an elite but has transformed into a non-negotiable to participate in society. Consequently, smart mobility solutions are gaining importance.

How do we tackle such a challenge of global dimension? How do we serve people’s needs for mobility while simultaneously sacrificing neither biodiversity and environmental values nor human health and well-being?

Despite our pride of having invented the wheel (which is, by the way, not entirely true, given that the golden wheel spider has been using wheel motion for millions of years before us), humans are not the only species tackling mobility challenges. In fact, mobility is an inherent phenomenon shared by all living systems.

Everything alive moves, from cells to organisms to entire ecosystems. Over billions of years, organisms and systems have evolved to be remarkably adaptive to their surroundings with regard to transport, mobility and logistics.

Such design stance — looking at living systems — provided the basis for a mobility concept that my team and I developed with architect Max Schwitalla and transit expert Paul Friedli within the Audi Urban Future Initiative.

Using biomimicry, a discipline that abstracts biological design principles and applies them to human problem solving, to understand how living organisms and cells organize and realize transport opened up new ways of thinking and led us to question the typology of urban vehicles and infrastructure.

The design we developed — called the Flywheel — transforms urban transport systems into a dynamic three-dimensional mobility landscape. Leveraging existing resources, it combines the qualities of public and private transport and generates a hybrid solution, increasing efficiency and user experience.

The use rate of a car is below 5 percent; 95 percent of their lifetime cars are parked, consuming valuable urban space. Up to 70 percent of city space not occupied by buildings is reserved for cars. In Berlin, up to one-third of the traffic in the city center during rush hour is caused by people searching for a parking lot.

The relation of mobility to urban space and resources in the modern city has failed in all aspects of sustainability. Any biological system running at such disastrous rate would collapse within no time. We wouldn’t accept such lousy stats in our companies, either. Yet, we seem to be blind on a systems level. Why?

Shifting paradigms: function instead of convention

To achieve a real breakthrough in urban mobility we have to rethink urban traffic and the underlying functions it serves. Any designer knows that it is not about the object but about the jobs to be done.

Only such a function-oriented mindset will lead us to entirely novel solutions as opposed to trying to pimp mediocre existing ones. The light bulb was not invented by improving the candle. Making a bad solution more efficient doesn’t make it good.

Employing a combined methodology of biomimicry, user-centered design thinking and system dynamics, we designed a mobility solution offering a compromise between the convenience and status of personal transport and the civic benefits of public transport. Blurring the boundaries between those modes, our team aimed at combining resource conservation, user needs and city development.

After more than 100 years of automotive history, the typology of our cars has barely changed: four wheels, a passenger cockpit, four seats, four doors.

Yet, this form undoubtedly has become obsolete in today’s metropolitan regions. Nature fits form to function. Overdesign is avoided.

Looking at a car, it is obvious that aerodynamics are negligible at speeds around 50-60 km/h. We suggest to radically redefine the typology of urban vehicles and to decouple the functional fixedness of the power train as well as the passenger capsule just like the molecular motors in all our body cells do.

In our bodies, "cargo" is routinely transported by motor proteins that are specific to certain cellular roads (microtubules). Switching cellular "road" systems is facilitated by changing from one prime mover to another, thus decoupling two separate functions.

Transferring this principle to urban transport led us to functionally and morphologically disintegrate and decouple the car as we know it and to come up with a modular design.

Such vehicles, which we dubbed the "Flywheels," will be able to accommodate up to two passengers in their single mode and merge to longer “trains," allowing for the transport of any number of people sharing a common destination, if desired. 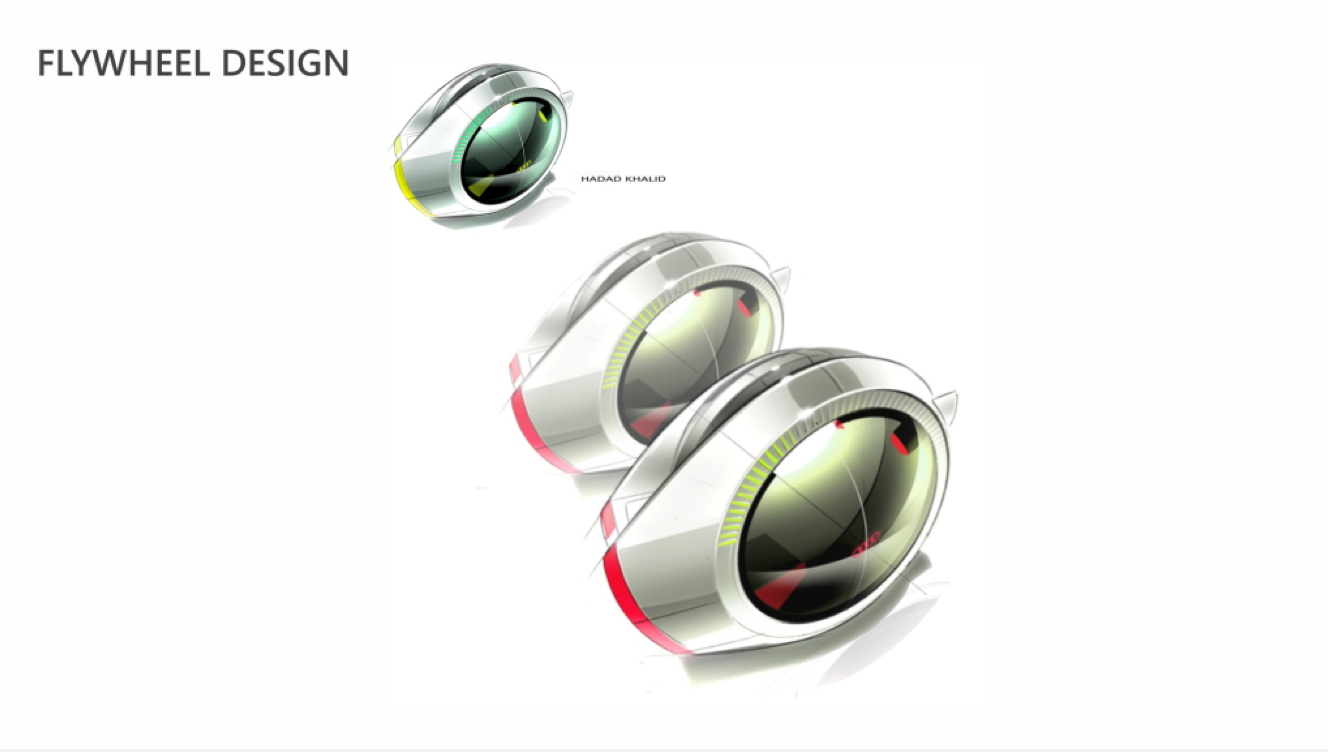 This design strategy capitalizes on another important biological design principle: modularity. Structural composition out of modular and nested sub-units allows for scalability, appropriate resource allocation, and robustness and resilience of the system.

This design also uses another systemic concept from nature: emergence, the generation of more than the mere sum of its individual parts.

Imagine the wall of a vehicle being transformed into a door, and after coupling with another vehicle it becomes a wall again in the train that is being formed. The original two-seater becomes more than twice as big.

Instead of 2 + 2 = 4, there is suddenly space for six passengers. During night time, unused vehicles potentially could be used for cargo transport, making them multi-functional and increasing their use rate even further.

And there are more concepts nature provides: Does a car have to consist of rigid materials or can we use flexible membranes and pliable elements in the future that allow for novel functions, appearance and behavior? Biological examples of this can be found abundantly.

The cells regulating transpiration and gas exchange in plants (stomata), for example, have diverse shapes depending on water content. The sea raft (Velella), a marine creature, uses flexible structures in order to be driven by the wind. Can we employ similar strategies in order to equip our cars with new looks and functions?

We envision future city mobility to remove that division and the competitive behavior witnessed on our streets. Our approach breaks the tradition of the car being individual by imperative. We propose an evolutionary step of shared use of existing infrastructures.

"Hacking" the current mobility landscape by using subway tunnels as fast underground links not only allows for a better use of built structures but also significantly reduces car traffic on the surface, therefore freeing valuable urban space for other uses.

From competitive to collaborative

Looking at natural systems, it is obvious that all components in healthy ecosystems are interconnected, operate collaboratively and without central organization. The Flywheel concept constitutes a system that increases the use rate of urban vehicles and infrastructure and allows for an individualization of use.

By employing destination control algorithms that are operational in elevators worldwide, the collective execution of individual needs will improve the performance of the whole system. The system individualizes urban mobility whenever needed while merging traffic units to larger entities when sharing common routes.

A paradigm shift of that kind — moving from object to system — was successfully used by elevator companies introducing vertical transport logistics based on mathematical destination control algorithms. To date, elevators are the only vehicle of the urban mobility chain serving as a collective hybrid of individual and public transport.

Further, the Flywheel concept has advantages beyond mere efficiency. As a collective transportation system it constitutes a social enabler and builds on collaborative relationships. By sharing the same destination, the chances to meet your neighbor on the way are much greater. Moreover, the system could become an open innovation platform for the sharing economy.

By defining the future aspects of a symbiotic relation of mobility, infrastructure, architecture and people it creates novel urban morphologies and thus shapes a new experience of urban space.

Based on individual destination control and autonomous driving, the system is transforming the static station-based concept of public transport into a dynamic traffic landscape.

Driven by the prospects of disruptive innovation, biomimicry remains a magnet for solving design challenges in novel ways. By forging a positive instead of an adversarial relationship between technology, business and the environment, we envision biomimicry to be a societal and economic game changer, turning what is unexplored today into an ecosystem of vibrant, sustainable innovation. 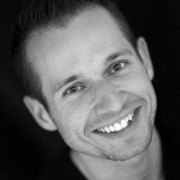 See all by Arndt Pechstein