How to Avoid Another Deepwater Horizon Spill

BP received its first permit to drill in the Gulf since the Deepwater Horizon spill. Chevron faces a $28 million fine for a spill off the Rio de Janeiro coast. The Ocean Energy Safety Advisory Committee plans to recommend a policy by year end to reform deep water drilling operations.

To accomplish this, the energy industry must foster a culture of safety that reaches from the CEO to the people working on the offshore oil rigs. The "right" regulation may sound good on paper, but until it's turned into actions, it's just another set of rules in an already highly-regulated industry. The oil industry must create a culture of safety to ensure that the guidelines are brought to life every day in the actions of all employees.

Who Writes the Regulation?

When developing objective and comprehensive oil exploration regulation, it is difficult to balance the need for industry expertise with the conflicting interests that arise due to experts' financial ties to the industry.

In 2010, Michael Bromwich, the director of the Bureau of Safety and Environmental Enforcement, an agency that was born from the former Bureau of Ocean Energy Management, Regulation and Enforcement (BOEMRE), implemented a strict recusal policy and set up an internal investigation unit to address employee conflicts of interest. Transparency in the hiring process at regulatory agencies is needed to eliminate conflicts of interest but it does not address the entire problem.

The ongoing lack of government resources can make it difficult to recruit top talent away from lucrative industry positions. Creative and innovative solutions for attracting top talent to perform this critical public service are needed. BOEMRE recognized the advantages of bringing together diverse perspectives when it developed the Ocean Energy Safety Advisory Committee. The advisory committee, tasked with reforming offshore drilling safety, consists of six regulators, four industry experts and four academic experts.

Still, there is plenty of room for improvement. For instance, BOEMRE is adopting an American Petroleum Institute standard that has been criticized for being written by industry members and being less stringent than regulation adopted by other nations.

The Right Regulation Goes Beyond Compliance

Prior to the Deepwater Horizon accident, U.S. offshore drilling regulation consisted of prescriptive measures: technical, operational and equipment requirements that drillers had to meet. This type of compliance-based regulation often leads to underperformance because it is prone to the "lowest common denominator" effect. Companies have little incentive to go above and beyond the requirements if their competitors are doing just enough to get by.

For this reason, more than 20 oil exploring countries have adopted or are considering adopting a performance-based approach to safety regulation, known as the "safety case." Unlike prescriptive regulation, performance-based regulations set standards that companies must achieve, but don't require companies to follow a specific procedure to meet those standards. Performance standards use industry expertise in the most effective way possible and can lead to innovation in safety strategy and sharing of best practices across the industry.

A Culture of Safety Is Needed to Turn Regulation into Action

If the Bureau of Safety and Environmental Enforcement implements a set of comprehensive performance standards, the U.S. offshore oil industry will become safe and accident-free, right? Not quite. There is still work to do.

Without the right culture, even the best policies run the risk of failure. How can the oil industry avoid breeding an environment in which workers don't speak up about safety concerns even when they are formally encouraged to? It's about building a culture of safety and that begins with the CEOs.

Safety needs to be viewed as a fundamental building block of company and industry success, not an obstacle to avoid or circumvent. The BP spill has shown that the transgressions of a single company lead to industry-wide disruptions in the form of a drilling moratorium and the threat of future moratoriums in the Gulf.

In an ideal world, companies would focus on developing a culture that values safety and highlights safety innovations and progress. The HOW Report, a report my company recently released linking company culture and values to company performance, found that "employees at self-governing organizations are nearly four times more likely to report unethical behavior when they observe it than are employees in blindly obedient companies."

Companies that show a commitment to a self-governing culture of safety will succeed in this heightened regulatory environment.

Raiden Hasegawa, an analyst of GreenOrder, an LRN Advisory Group, also contributed to this article. 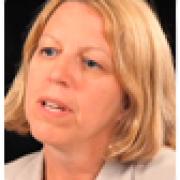 See all by Elizabeth Lowery