How board diversity enables the transition to net zero

The most recent global energy shock is highlighting how important, and how hard, a well-managed transition to net zero will be. While company engagement on climate change is rapidly evolving, new research has found that not enough companies are prioritizing tangible greenhouse gas (GHG) reduction commitments or aligning future capital expenditure with these targets.

One critical reason, the research highlights, could be that their boards do not have the composition or practices to provide the oversight needed to put climate at the center of strategic planning.

Conducted by the nonprofit BoardReady (Raji is an adviser) and sustainability consultancy A Bird’s Eye View (Helena is a principal), the research assessed data from 159 global companies identified by Climate Action 100+ as the largest corporate GHG emitters against the initiative’s net-zero benchmark indicators and their board’s composition. It found a positive correlation between more gender-diverse boards and company action across eight of the nine indicators.

The study found a positive correlation between more gender-diverse boards and company action across 8 of the 9 indicators.

To minimize volatility as they decarbonize their value chains, businesses need to act on climate change with greater conviction. Some companies are, but many companies are not. Those that are acting have more gender- and age-diverse boards, the study found, and are potentially better positioned to make the transition to net zero.

The lack of action by companies puts them at odds with governments pushing the responsibility of transforming the economy onto businesses’ shoulders. The findings suggest some of the most important companies in the world are not ready to respond.

While 80 percent of the global companies assessed have or will implement the Task Force on Climate-Related Financial Disclosures recommendations, and over 50 percent have made some level of commitment to net-zero GHG emissions by 2050, only 4 percent have disclosed future capital allocation plans aligned with their reduction targets. Interestingly, the gap between awareness and action narrows significantly with companies where at least 30 percent board seats are held by women.

The evidence shows a lack of urgency. Companies are disclosing more long-view thinking but not enough in the short term. In contrast, companies with more gender-diverse boards are more advanced in their disclosure decision-making on climate action. They are twice as likely to have committed to net-zero GHG emissions by 2050, and 25 percent more likely to have medium- and long-term GHG reduction targets compared to less-gender-diverse boards. They are also twice as likely to have developed a decarbonization strategy or to have allocated future capital expenditure aligned to these targets.

So, how can the relationship between board diversity and company climate action be explained? Female directors can bring a different perspective to the boardroom, which cuts across the board’s function. They are significantly more likely to think climate change should be considered when forming strategy, ESG issues should be part of board ERM discussions and executive compensation plans should support these goals, according to a 2020 PwC study of U.S. directors of public companies.

As boards consider their fiduciary duties amid increasing regulatory scrutiny, why are these insights useful? Examining the highest-performing companies in this study, most have had a defined sustainability strategy for at least eight to 10 years and all have had formalized board climate oversight in place for at least five years.

Consumer goods companies, for example, have faced increased pressure, while emissions-intensive energy companies have seen increased investor scrutiny. Both, on either end of the CO2 emissions spectrum, are leading the way in aligning future capital allocation to future GHG-reduction targets. Tellingly, these sectors are also more likely to have both oversight committees and executive remuneration schemes in place.

Investor concerns may be justified that executives and boards don’t yet sufficiently understand the complexity of climate-related risks, the magnitude of change or the requisite governance and financial mechanisms. But the research suggests gender- and age-diverse boards are more likely to provide the critical challenge, debate and holistic thought partnership needed for more effective decision-making to mitigate the physical, transitional and regulatory risks of climate change, and accelerate adaptation to reduce emissions.

Simply not enough boards are ready to do this: Just 41 percent of the global companies have at least 30 percent female board directors, and 64 percent have boards with a median age over 60 years. Half of the companies have some form of climate-related board oversight. Only 31 percent have climate-linked executive remuneration schemes in place — in some cases up to 25 percent of CEO and CFO annual variable compensation — despite these incentives being more effective at driving companies’ short-term GHG reduction targets.

Only 21 percent of companies have both climate-related oversight and remuneration, yet this combination was found to be the most effective at driving climate action on all indicators.

The chaos caused by the energy crisis is putting the world’s climate commitments — and board leadership — to the test. Decarbonizing the economy will require enormous cost and effort to change behaviors, business models and the economy to navigate the difficult transition. Boards will need to be more strategic, responsive and driven to make the substantive short- and long-term change to meet the commitments for which they’ll be increasingly held accountable.

To more effectively challenge and steward the company, boards will need to increase their diversity, formalize and integrate climate governance, prioritize reporting and disclosure, and incentivize climate-related performance. These actions aren’t new, but the fact that many companies still don’t have the necessary composition and practices in place now makes them critical. 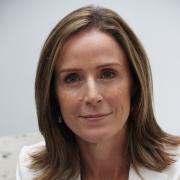 COO and VP of Engineering
Pro.com

Stakeholder capitalism: Not if but when

How the world views business in the age of COVID

See all by Helena Wayth