How to brace yourself for the future of work

In March, UC Berkeley Haas School of Business’ Center for Responsible Business will hold a "Future of Work" conference lead by Faris Natour, principal and co-founder of Article One Advisors and leader of the Center’s Human Rights and Business Initiative. I spoke with him about how sustainability practitioners can create strategies and partnerships that minimize the risks and maximize the positive impacts of these changes.

The media portrayal of the Future of Work tends to be polarizing, with some people describing doomsday scenarios where robots take all jobs, and others painting a picture of technologies that make people’s jobs safer, more efficient and more engaging.

"Too often, the debate about the future of work and artificial intelligence and automation is fought at the very extremes of the spectrum, when in reality new technologies will bring both risks and opportunities," said Natour.

What the future of work means for sustainability and human rights

Natour points to two trends that are redefining the future of work and have implications for sustainability and human rights: new technologies such as automation and artificial intelligence (AI); and the rise of the platform economy.

More collaboration between CSR and sustainability, human rights and human resources teams will be essential.

According to a 2017 PwC report, a large percentage of jobs could become automated, including an estimated 38 percent in the United States, 35 percent in Germany, 30 percent in the United Kingdom and 21 percent in Japan. According to a McKinsey Global Institute analysis, by 2030, between 400 million and 800 million people will need to find new jobs because of automation. The same McKinsey study noted that it’s likely enough new jobs will be created to offset the lost jobs.

Natour said sustainability and human rights risks include the potential for widespread elimination of jobs due to AI or automation, and privacy issues related to the collection of employee data. Natour also pointed to benefits, including the automation of risky jobs in industries such as extractives, the reduction of waste from more efficient processes, the elimination of dull or repetitive tasks and the ability for people to work more efficiently and flexibly through new technologies. 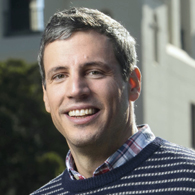 The platform economy, which Natour describes as "the shift from a long-term, single employer work life to a portfolio of different jobs and gigs," is also changing the nature of work. A 2016 McKinsey study found that between 20 and 30 percent of working-age people in Europe and the United States had engaged in some kind of independent work. The Aspen Institute reports that between 2002 and 2014, the growth of the gig economy in the U.S. outpaced the growth of total employment by between 2 and 8 percentage points.

Natour said this trend is supporting sustainability efforts such as employee well-being by encouraging employers to create more flexible work environments. Yet it is also creating potential risks, such as lack of job security, benefits and fair pay, and lack of protection against issues that intersect with human rights, such as discrimination and harassment.

How employers should prepare for the future of work

Natour recommends employers begin preparing for these changes by taking stock of the risks and opportunities throughout their operations.

Because these issues can cut across functions, he recommends the internal assessment engage a diverse set of teams, including sustainability, HR supply chain, legal, ethics and public affairs. This will help the company determine the biggest impacts, and identify which departments should take the lead on the preparations such as retraining the workforce, addressing questions about automation in the supply chain, updating policies to protect independent contractors or looking at ethical questions such as who is responsible for an accident caused by an autonomous vehicle or privacy issues due to a data breach.

This transition is happening now and it’s affecting all sectors.

Next, Natour advises forming a cross-functional task force to create processes and policies that maximize the impacts and mitigate the risks. He said sustainability practitioners are critical on these teams because they have experience working across functions and because many of these trends relate to core sustainability issues such as community and social impacts.

The final step is to look externally: Join an industry collaboration, or reach out to government, civil society or academic institutions that are exploring trends and strategies on the issues your company has identified. Natour noted a few organizations, such as the Aspen Institute’s Future of Work initiative, the International Corporate Accountability Roundtable’s (ICAR) Robots and Rights initiative, and the Partnership on AI.

Natour emphasized that this transition is happening now, affecting all sectors.

"If you’re not currently looking at these issues and trying to understand how your company is exposed, it’s important to do that right away because we’re in the middle of the disruption, not on the verge of it," he said.

To learn more, the "Future of Work" conference will be March 21 at the UC Berkeley Haas School of Business’ Center for Responsible Business.

The future is uncertain: planning for the long term in a short-term world

The backstory and purpose behind 5 leading ESG reporting frameworks

A decade of covering the intersection of sustainability, careers and human resources

Integrating CSR with diversity, equity and inclusion at Caesars Entertainment

See all by Ellen Weinreb