How business can nurture sustainable cities

Inner-city vacancy, environmental degradation and social inequality are fundamental concerns for 21st century America. Post-Second World War America was a place of prosperity and rapid economic growth. Government investment, in the form of federal incentives — including the G.I. Bill and the Federal Aid Highway Act — allowed Americans to spread out from the city-center farther than before. Termed suburban sprawl, this land-use pattern had, and continues to have, disastrous effects on the environment.

A study by Edward Glaeser shows that suburban CO2 emissions in New York City are 14,127 pounds greater per average household than their central city counterpart. Additionally, as suburbs and exurbs flourish and tax dollars are funneled into these communities, central cities increasingly become economically, academically and physically stressed. Cities such as Baltimore, Cleveland, Detroit and Philadelphia are littered with the effects of urban decay. Philadelphia, for instance, has more than 40,000 parcels of vacant land, according to the nonprofit Take Back Vacant Land. These properties cost the city of Philadelphia $70 million in lost taxes, and $20 million is spent by the city, annually, for safety and upkeep.

A recent study released by the Preservation Green Lab, a division of the National Trust for Historic Preservation, finds that urban neighborhoods, on the other hand, exhibit many benefits. Indeed, the mere physical form of the neighborhood has an impact on the community. Neighborhoods with a mix of older, smaller buildings give rise to more diverse populations and more new businesses than those made up of newer, larger structures. The study, "Older, Smaller, Better: Measuring how the character of buildings and blocks influences urban vitality" (PDF), focused on three cities with strong real estate markets and rich urban fabrics: San Francisco, Seattle and Washington, D. C. The report empirically weighed the age, diversity of age and size of buildings against 40 economic, social, cultural and environmental performance metrics.

The results provide the most complete validation of 1960s urban activist Jane Jacobs’ hypothesis that “cities need old buildings so badly it is probably impossible for vigorous streets and districts to grow without them.” The Preservation Green Lab study gives seven examples “that demonstrate how the character of buildings and blocks influence urban vitality in some of the nation’s strongest urban real estate markets:”

It is increasingly clear that change cannot happen through governmental means alone. Corporations, non-profits and individuals have the ability to reinvent the city and forge a sustainable economy. In Margaret Mead’s famous words, “Never doubt that a small group of thoughtful, committed citizens can change the world.”

For example, CEOs for Cities, a Cleveland-based non-profit with offices in Chicago and Washington, D.C., is building a network of interconnected change agents. Do not let the name fool you, though. This organization is not solely comprised of CEOs in the private sector; any individual, organization, business or governmental unit may join. Its greatest value to its members is as a City Cluster — a local group of cross-sector/discipline/generation leaders who network together as a team. The organization itself is a national platform for City Clusters to virtually connect and share successes, challenges, lessons learned and best practices. Think what might happen if City Clusters in every major metropolis across the nation worked together toward a common goal? The possibilities of positive change and economic growth are endless.

Speaking of best practices, CDP’s Cities program provides a voluntary climate change reporting platform for city governments. The program is open to any city government regardless of size or location, and has many obvious benefits for participants. The adage “what gets measured, gets managed” rings true for CDP reporters in this program as results help inform steps to taking action. In addition, participating cities receive personalized feedback in the form of a benchmark report (comparing them to regional and global peers) that provides highlighted areas for action. According to CDP, cities are home to half of the world’s population and consume 60 to 80 percent of the world’s energy production. The Cities program helps make the world smaller by giving cities the opportunity to work together on energy reduction and climate-change management.

The Downtown Cleveland Alliance recently released its strategic vision for “linking and enhancing development, public spaces, and destinations in Downtown Cleveland.” The Step Up Downtown: Vision & Tactical Plan has the dual-purpose of knitting together Downtown’s various neighborhoods (Warehouse District, Waterfront, Theatre District) to guide future public and private investment decisions and aid the renewal of the Downtown Cleveland Special Improvement District — mechanisms that permit stakeholders in an area to provide funding for that area’s development. The Plan demonstrates Cleveland’s commitment to shaping the 21st-century city as they “aim to achieve core values that include a vibrant, inclusive, green, connected, and innovative community.”

The benefits of fostering sustainable cities might be obvious, but they are no less important and vital to the sustainability of our planet. Anyone can do their part to contribute to reinvigorating the vibrancy of cities and downtown areas. The great thing is that organizations such as CEOs for Cities already exist and are making a big impact across the country. 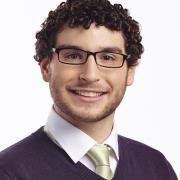 See all by Jared Robbins