How business can close the climate gap, in 5 steps

Business alone could achieve 60 percent of the global carbon reduction pledged in the Paris Accords, a new analysis shows.

If significant numbers of corporations commit to zero deforestation, using only renewable energy, science-based emission reduction targets, energy productivity and adopting low-carbon technologies — as many have pledged to do — then they could cut greenhouse gas (GHG) emissions globally by 3.7 billion metric tons of CO2 equivalents a year by 2030, according to the We Mean Business coalition and CDP, the former Carbon Disclosure Project.

And if "every relevant business" made these commitments and followed through, then they collectively would cut as much as 10 billion metric tons of CO2 equivalent by 2030 — around 8 to 10 percent of global CO2 emissions. 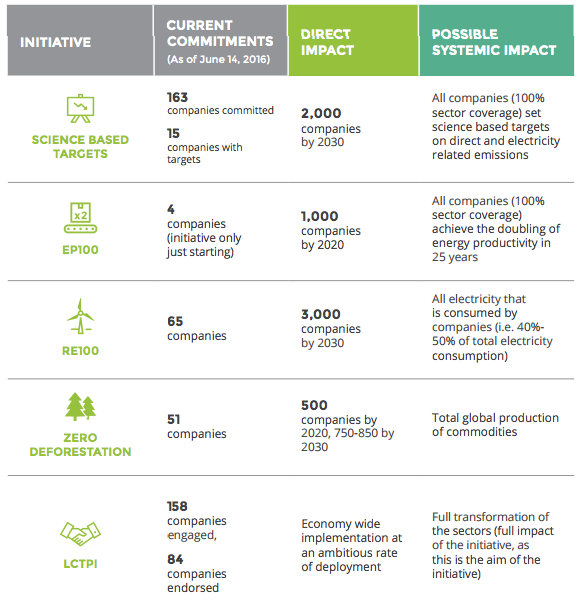 Lest the political will of governments to fulfill their Paris pledges wanes, it is good to know that businesses can do most of the job committed.

But the Catch-22 is that government policy providing certainty and direction are needed for most businesses to act.

CDP and We Mean Business called for both in their new Business End of Climate Change (PDF) project released in London this week, days after the U.K.'s Brexit vote.

"Some companies have already signed up to initiatives that support the Paris Agreement, going beyond and taking action sooner than their government’s commitments. In fact, it’s starting to make sense to talk about a ‘business-determined contribution,’" the Business End of Climate Change study states.

It adds that if "every relevant business" committed to the five initiatives, they could reduce emissions by 10 billion tons and close the gap represented in the Paris Accords.

"But that can only happen if governments create the right policy environment. That means acting as a catalyst and also removing barriers that currently stop companies from fighting climate change," CDP and We Mean Business state.

So which five initiatives should businesses should commit to? 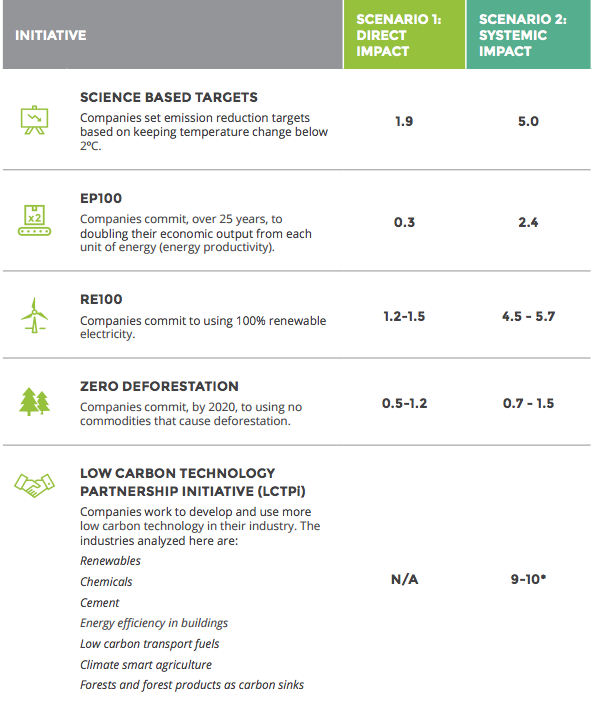 These targets are notably ambitious.

The "systemic impact" column demonstrates the reduction that could be achieved if "every relevant business" committed to the five initiatives. Then, business alone would cut emissions by 10 billion metric tons by 2030, which would take the world more than halfway towards staying below 2 degrees Celsius, the study figures.

"The relationship between government policies and business action can be mutually reinforcing," wrote Kate Levick, CDP's director of policy and regulation, in a CDP blog post. "Once governments create policy that favors a low-carbon economy, introduce carbon pricing signals and create incentives, companies could be even more ambitious in their efforts to cut emissions. That will, in turn, make it easier for governments to achieve their NDCs [nationally determined contributions] — and even go beyond them."

But every relevant business is a big charge. The initiatives have so far garnered at most 165 companies while most got a few dozen and one has just four companies committed, as the chart above shows.

On the heels of the subliminal warning to business to walk their sustainability talk — provided by the $15 billion legal judgment against Volkswagen for falsifying vehicle emissions reductions claims — the time could be ripe for businesses to commit.

Science-based Targets is a joint initiative by CDP, the U.N. Global Compact, the World Resources Institute and WWF that challenges corporations to reduce their own carbon emissions in a way consistent the level prescribed in the Paris Accord.  It requires companies to implement and measure their emission reductions by prescribed scientific means rather than just estimating or eye-balling their likely reductions.

It's a huge issue because of the number of commodities — palm oil, timber, cattle, to name a few — in demand whose producers need land. This chart illustrates the impact: 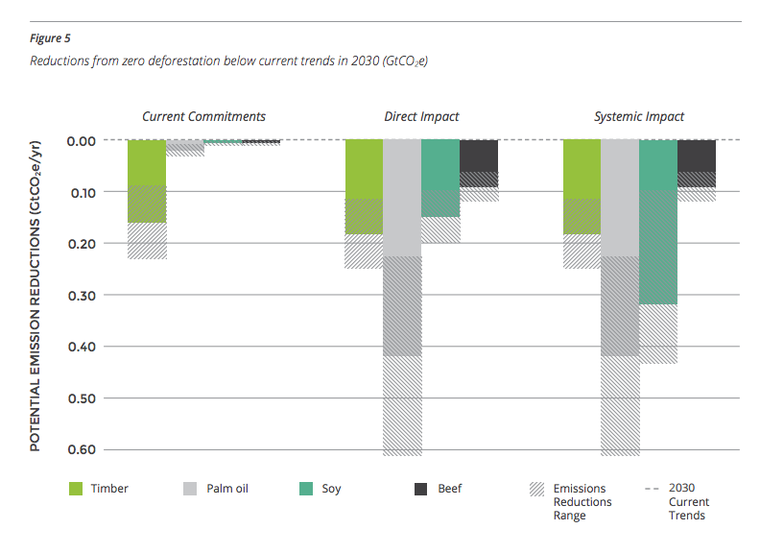 "Last December's Paris Agreement established a new compass for the private sector in its efforts to tackle climate change, and we are already seeing many companies plaing their part through setting emissions reduction targets in line with climate science, committing to using 100 percent renewable energy or working to remove commodity-driven deforestation fro supply chains," Paul Simpson, chief executive officer of CDP, told GreenBiz in an email.

"Now is the time for business to scale up its action, seize the opportunities afforded by the transition to a more sustainable economy and safeguard future prosperity. This report shows the private sector just how significant its contribution could be and explains to policy makers what is needed from them in order to support business ambition, which in turn will help governments achieve their NDCs and create a virtuous circle of government and business action."

Why science-based targets are effective

An open letter on COP23 from Walmart and WWF