How business should embrace the Norwegian concept of 'Friluftsliv'

In 1966, Nils Faarlund made the dramatic decision to walk away from his engineering career to become a mountain guide and dedicate himself fully to nature. Today, his contributions are the stuff of legends.

A relentless champion of Friluftsliv (literally translated as "free air life," and defined as the Norwegian tradition of seeking joy through identification with free nature), Nils is one of the founding minds behind eco-philosophy — together with Arne Næss and other philosophers and rock climbers — which paved the way for the deep ecology movement.

He is also known for establishing Norway’s first school of mountaineering, Norges Høgfjellsskole in Hemsedal, along with Friluftsliv as a course at the Norwegian School of Sports Sciences. He is the author of several books, including "Friluftsliv — En dannelsesreise" (Norwegian). Nils even has spread his influence in the design world, collaborating with brands such as Bergans and Helsport to design more appropriate rucksacks and tents for mountaineering purposes.

Here we talk with Nils about the transformative power of communing with nature, how to create change and the role designers can play in guiding the world onto more sustainable pathways.

If you want to create a nature-friendly future, people need to get acquainted with nature and make friends with it.

Nils Faarlund: Right now I am 80 years old and, having been a professional mountaineer for 50 years, my body is rather worn down. So what I can do now is not climbing steep mountains but hiking in the mountains and skiing. My next project is a two-week leadership training for Norwegian army officers. This will be the 51st winter. I’ll talk about how a leader should go about winning hearts and minds these days. Fighting a war is doing more damage than good most of the time, so the idea of military efforts nowadays is to win hearts and minds, to avoid the use of weapons. It has to do with building values. And the art of staging values is oriented learning. So when we ski together it isn’t only about the practical skill, and it’s not only about getting in touch with nature — it’s about making friends with nature. If you want to create a nature-friendly future, people need to get acquainted with nature and make friends with it.

Baumgartel: What do you think is most challenging in the design industry when it comes to sustainability?

Faarlund: Changing production methods is very hard work and it takes time. If you have a position on the market, of course you want to keep it. And you have the position because of the quality of your product, and if this is not yet challenged you do everything to avoid competition.

I have been criticizing the branch for 50 years and I had one breakthrough in 1982. Today, you can buy maybe 15 brands of high quality, all wool underwear in Norway. But this change has come about only after 14 years of hard struggle. This has really turned around. Now, the same thing is happening with shell membrane clothing. In a few years, it won’t be possible to buy it if it has not been made with recirculated fibers and membranes which are non-aggressive towards nature.

It’s sort of a Tesla effect, because nothing much happened with electric cars until Tesla was on the street. But at that time, the car industry was shocked because this car was more elegant than the most elegant German Mercedes and it could accelerate faster than a Porsche or Italian sports car. They saw that the battle was lost and when there was a big exposition in Frankfurt this year, Volkswagen, BMW, Mercedes — all the big boys — said that in 2030 they will no longer produce cars that require energy from fossil fuels.

Faarlund: If you want to change modern culture into a nature-friendly culture, you have to work in many channels. You have to come up with different approaches.

So my favorite approach is to just share the experience of nature with students. But this is not possible for everybody, of course. Since 1968, I have infiltrated universities more and more with the eco-philosophy way of thinking but under the name Friluftsliv, because it is such a strong tradition in Norway. It is also a tradition in Sweden, Germany and Denmark. But in Norway, if you ask Norwegians, "Do you take part in Friluftsliv?" nine of 10 will say yes. Of course, it’s interesting to read about the intrinsic value of nature but the most direct way is to get in touch with it. Mountaineering has a very strong dialogue with nature. You touch the mountain and by touching the mountain you are also touched by the mountain. It is an identification that is deeply felt.

But of course, there are other ways besides the traditional. In our culture, religion is an approach because in Christianity nature is looked upon as God’s creation. Although traditional European churches have not been very nature-friendly in later years, the appreciation of nature as God’s creation is one way of working.

You can go the political way and say, "OK, if you want to drive a car with fossil energy then you have to pay twice as much for the car," punishing people who do not follow. Or the other way around, like in Norway where you can get a 40 percent tax break if you buy an electric car like Tesla. That is the most positive way politicians can work.

Creating change is why I’ve been working with universities. If you can get the eco-philosphy perspective into schools, you can help students see the consequences of a modern way of life by, for example, looking at products that are made in a nature-damaging way. But it is not enough to frighten the younger generations with alarming examples.

Another way to make change happen is well illustrated by what DOGA (Design and Architecture Norway) has started with their annual Framtanker (Forward Thinking) conference: Not only presenting the consequences of nature damaging production, but inviting the people behind world famous brands to tell the stories of how they are moving forward and making change happen.

Designers can influence a product in many ways and shouldn’t just do the job without thinking of the consequences.

Baumgartel: What is the role of designers when it comes to bringing more sustainable solutions into the world?

Faarlund: When I was invited to tell the story behind the Norwegian tradition of eco-philosophy at DOGA’s 2017 Framtanker conference, I entered the stage holding my favorite ice axe. I explained that this tool is the insignia of a mountaineer. As a professional of this craft, there is much experience behind my choice. First of all, it must be functional in any situation, which might occur in the mountains. To borrow words from the art of air travel philosopher, Antoine de Saint Exupéry: "Perfection is finally attained (…) when there is no longer anything to take away…" That said, I also scrutinize the life cycle of materials to ensure that everything embodies the inherent values of humankind as well as free nature — in accordance with a way of life where Nature is the Home of Culture.

With design shaping our future, we should, in my opinion, not ask for less from any designer today, as I do in when searching for a tool I can trust in my practice of steep land art.

Baumgartel: How much responsibility should they take?

Faarlund: Designers can influence a product in many ways and shouldn’t just do the job without thinking of the consequences.

The first among equals in the natural sciences which have the power of definition in modernity, Albert Einstein, reminded us already in the years after World War II that the crises we have brought about with our way of thinking cannot be overcome by thinking the same way. Thus, in modern societies where image building is the new crown of Maslow’s pyramid, the art of design is crucial to life on Earth.

The inherent value of free nature must be embodied in any design process, accompanied by respect for human rights.

Baumgartel: How can we get more creative professionals to take responsibility and truly realize the difference they can make?

Faarlund: To get more creative professionals to truly realize the difference they can make, a thorough change in their training is necessary. Not only for designers, but for every profession, a change of learning paradigm has to be brought about. The established worldview of natural sciences that nature is a tool box — "resources" — for the production of goods, can never bring about a limit to (economic) growth.

The slogan of the master thinker by rules, René Descartes (1596-1650), is still backing the worldview of modernity: "Mankind is the master and owner of nature."

The natural philosopher par excellence, Einstein, advises us to think in patterns: "The way to the secrets of Nature cannot be found by means of logic, but by the experience attained through alertness and interpreted by intuition."

Einstein’s "intuition" is today better explained by our precious talent for creating patterns from our practical experiences — made with alertness/subjectivity — and extended by the experiences made by fellow humans through the ages. As the natural sciences build their supremacy on objectivity, values orientation is ruled out. The values vacuum thus created is invaded by instrumental values — money.

A dramatic example of the consequences of such a "neutral" philosophy is the construction of the atomic bomb during World War II, following Einstein’s discovery: E = mc2. According to the principle of objectivity, he could not stop the misuse of his discovery by claiming that he had the "copyright."

For professionals to take responsibility in the future, the training must follow Einstein’s pattern of thought: The inherent value of free nature must be embodied in any design process, accompanied by respect for human rights, as stated in The Stetind Declaration of the Norwegian tradition of eco-philosophy (PDF). 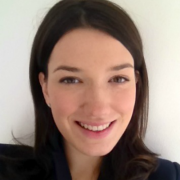 See all by Lisa Baumgartel