The transition to a low-carbon economy is inevitable, and smart businesses recognize the opportunity it presents.

As governments solidify their commitment to the Paris Agreement at the official signing ceremony this week, businesses are already ensuring that the promises are transformed into actions.

Influential global companies have begun their own transition toward net-zero emissions, by using renewable energy, deploying innovative low-carbon technologies, sustainably sourcing resources and more. Their initiatives are part of the global shift that has opened the floodgates to larger-scale opportunities that exist to combat climate change and fundamentally change millions of lives.

More than 150 businesses and 70 NGOs, government bodies, cities and other partners from around the world are collaborating to deliver transformational business solutions to the climate challenge that never could be delivered by a single company alone.

Within just a year, working groups have outlined detailed plans for scaling up technologies from nine areas, ranging from renewables, low-carbon transport fuels, forests as carbon sinks and carbon capture and storage.

Together, these working groups have developed business solutions that drive value for companies as well as addressing the climate challenge.

These business solutions include initiatives such as: establishing microgrids in Africa, which could deliver sustainable energy to millions; increasing agricultural productivity and incomes in Brazil; and globally scaling up innovative new fuels for transport that reduce CO2 emissions by at least 50 percent relative to traditional fossil fuels.

An independent impact analysis by PwC shows that the ambitions of the nine existing LCTPi plans could deliver up to 65 percent of the emissions reduction necessary (PDF) to stop the world from warming beyond 2 degrees Celsius.

We know that business is the best implementation partner for governments around the world as they begin to translate their NDC climate commitments into tangible actions. Innovative business solutions will help each country deliver their NDCs even ahead of the review and ratchet mechanisms in 2018 and 2020 of the Paris Agreement.

It’s the element of partnership that is vital. Business is taking the lead in technological innovation and development. National and local governments can and should turn to business — the world’s most powerful economic force — and use this capability to help make their emissions reduction targets a reality.

Current market and regulatory conditions are not enough to drive global progress at the speed that is required if we are to ensure a safe and sustainable future. Success also depends on governments regulating in favor of this innovation, which will put new technologies and products onto a level playing field with conventional ones.

The business community urges all countries to implement the Paris Agreement. Now is the time to turn ambition into action. Between today and 2020 we can significantly bend the curve of global emissions downwards, even before the agreement is expected to come into effect.

Let’s work together to accelerate the transition to a sustainable world — as fast as we can. 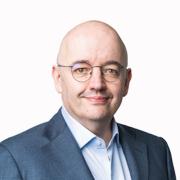 The SDGs, one year in: Where do we stand?

Dow and WBCSD team up on natural capital tool

Paris climate talks are the shortest route to business stability

See all by Peter Bakker