How California took the lead in energy storage R&D

The city of Tehachapi, near the crest of a mountain pass in southern California, is a bridge between the Mojave Desert and the San Joaquin Valley — a blustery area serving as an ideal site for a wind farm.

It’s also the site of the Tehachapi Energy Storage Project, an experiment in storing wind power in giant lithium-ion batteries, so far the largest energy storage project of its kind in North America. The project is Southern California Edison’s $50 million effort to demonstrate how energy storage can improve the region’s power grid and help reduce greenhouse gas emissions.

With that and similar projects in the works, California is quickly becoming the U.S. leader in energy storage after the state’s 2013 mandate (PDF) that its largest utilities have 1,325 megawatts — roughly enough for 1 million homes — of electricity storage operating by 2024 as one step to fight climate change. Storage will help the state reach its climate goal of having 50 percent of its electricity supplied by renewables by 2030.

With the energy storage mandate and a “roadmap” the state released last week (PDF) suggesting how it can help clear the way for energy storage across its power grid, California is demonstrating how batteries could be used to modernize the electric grid and help solar and wind power integrate into it.

“Energy storage systems are able to charge at night when GHG emissions are low or can be charged directly from renewable sources, such as solar or wind, and then injected into the grid later during peak demand times or other critical times,” Anne Gonzales, spokeswoman for California Independent System Operator, which operates the state’s power grid, said.

Energy storage technology is too new for California ISO to estimate the greenhouse gas emissions reductions it could bring about, she said.

Batteries also may be helpful for reducing emissions and bringing renewable power to homes because electricity stored in batteries can feed into the grid to help “smooth” out the intermittent power production from wind and solar, which generate electricity only when the wind blows or the sun shines.

Today’s grid and power plants generally aren’t designed to respond to the sometimes quick fluctuations in wind and solar generation. Batteries can mitigate that because they can respond very quickly, Mark Irwin, director of energy storage for SCE, said.

The Tehachapi project, designed to supply 8 megawatts of power, or enough to provide power to more than 1,600 homes, will be spending the next two years demonstrating the ways energy storage may benefit the power grid.

Tehachapi is testing multiple benefits of battery storage, including easing grid congestion at the transmission level, smoothing out intermittency of renewables and storing power and outputting it another time, SCE spokesman David Song said, adding that stored power in batteries can prevent the need for some new power plants. 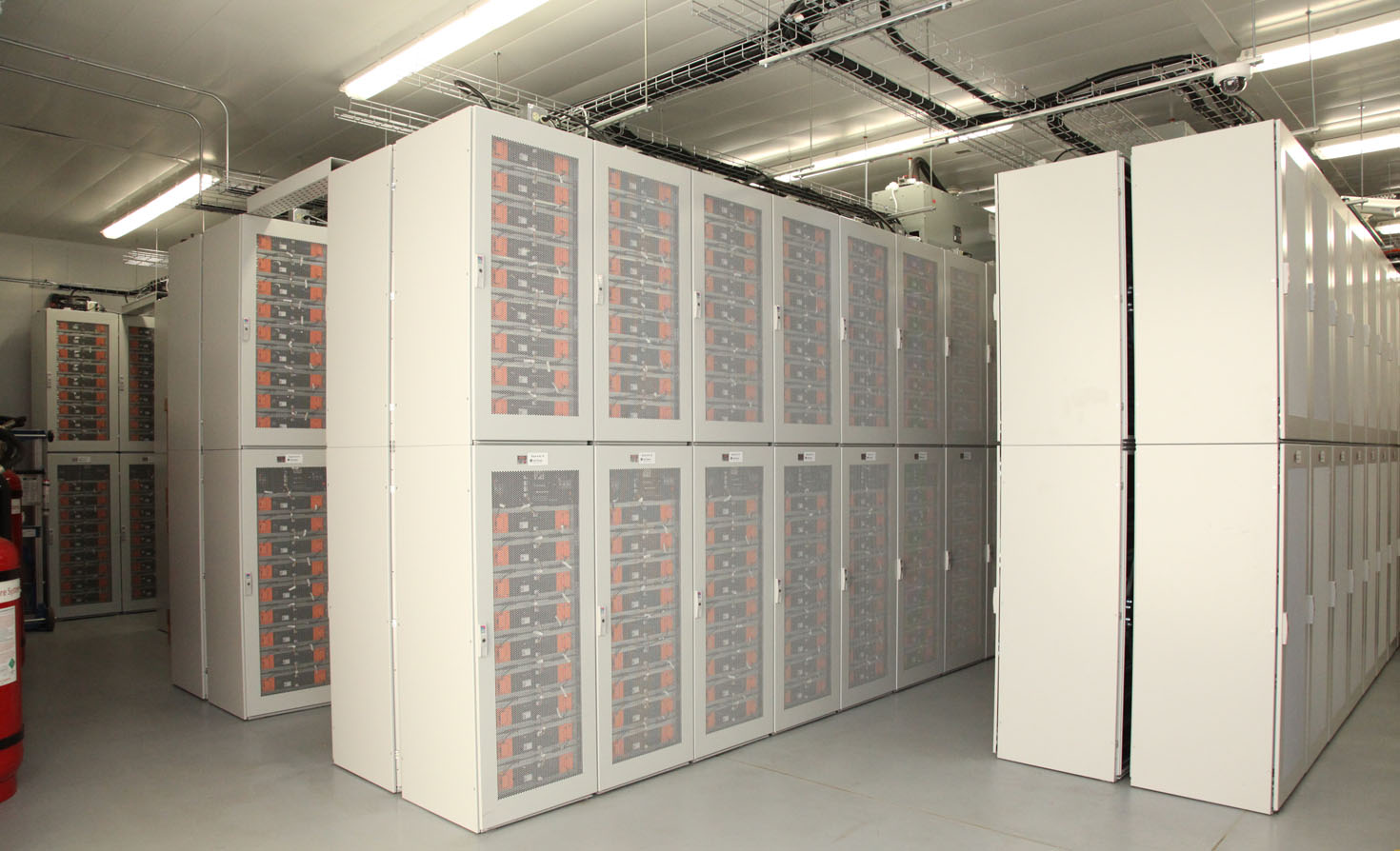 Energy storage has its detractors who say there are better ways to integrate renewables into the power grid than investing in batteries.

Paul Denholm, a grid integration analyst at the National Renewable Energy Laboratory in Boulder, Colo., said the nation’s power grids are more able to accommodate the fluctuations in renewable power than previously thought, so much so that investments in expensive batteries may not be worth it.

More than 30 percent of the power sources feeding the grid can be renewable with the current system without the use of storage by more effectively managing supply and demand, he said.

One way that can occur is by using smart grid technology, a computerized electricity grid that adjusts power production and the flow of electricity through the grid based on a reading of how much power homes and businesses are using at any given moment.

There is a point where energy storage becomes necessary to accommodate renewables, but scientists don’t yet know where that point is, Denholm said.

But the need for energy storage, even with smart grid technology, depends on how a power grid is structured and the availability of renewables at any given place.

In some places, renewables such as solar are more reliable than in other places, possibly preventing the need for storage. For example, solar generation is more reliable in the Mojave Desert than it is along the coast, so batteries would be needed less in the Mojave than near the ocean, Irwin said.

In any case, California’s utilities and lawmakers decided that energy storage was going to be part of how the state will develop renewables even if the amount of storage needed is not yet well understood, he said.

“The only way for them to get us to where we need to get was to get started,” Irwin said. “We’ve been working on storage for a number of years because we saw that it was coming. Yes, it’s not for everybody, but somebody has to take the lead to make it happen.”