How can citizens share responsibility for a polluted river valley basin?

By the middle of the 20th century, water pollution had become a major polit­ical issue in France. Much like the Izaak Walton League’s survey of water pollution in America had drawn attention to inadequate local pollution legislation a few decades earlier, the political debate over water quality in France soon centered on the failure of local officials to stringently implement water quality regulations.

Embarrassed by what was portrayed by the national media as a loss of control over local authorities, the French government modified a system of regional planning adopted after the Second World War to create a new set of water resource management organiza­tions based on river basin boundaries, the basin agencies. The 1964 Water Law created one such agency for every major river basin in metropolitan France, and their powers and responsibilities have been progressively expanded through subsequent legislation. Though initially opposed by local governments as a threat to their customary authority in the field of water management, the basin agencies were eventually implemented nationwide and have become powerful, mul­tipurpose institutions in their own right. Even more important, the active encouragement of nongovernmental participation has led to a genuinely participatory forum for water resource decision-making. 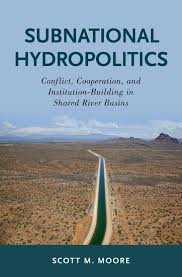 The water agencies are, in fact, only part of a sophisticated water governance in­frastructure arranged around river basin boundaries. Each of the six water agencies in metropolitan France covers a major river basin and exercises both executive and legislative functions. Each basin includes a river basin committee (sometimes called a "water parliament") with representatives from central and local government, in­dustry, farmers, municipal water users and nongovernmental organizations.

The Seine-Normandy Basin Committee, for instance, has 185 members, with 40 percent of the seats allocated to water-user group representatives, including agricultural and indus­trial users, 40 percent to local government and 20 percent to central government representatives. Stakeholder representatives include delegates from the Seine-Maritime Agricultural Association, the Fishing Federation of the Aube the Peugeot-Citroen motor com­pany, water and hydropower utilities, a consumer advocacy association and three environmental nongovernmental organizations. The agencies themselves effectively act as the administrative secretariat to support implementation of the committee’s decisions, including preparation of basin management plans, levying fees on water users and financing water infrastructure projects within each basin (Noel 1990).

The agencies themselves effectively act as the administrative secretariat to support implementation of the committee’s decisions.

The participation of nongovernmental stakeholders in agency decision-making has become institutionalized in the form of the Water Development and Management Master Plan, which must be periodically developed for each basin, along with sub­sidiary plans for each subbasin. Plans are formulated and reviewed every six to nine years through a series of public consultations between government and civil society organizations. Nongovernmental participation is further reinforced through a series of contracts, which are awarded to environmental advocacy organizations to imple­ment specific features of each plan, such as water quality monitoring. Coordination between central and local levels of government in each basin is facilitated by regional offices of the Ministry of the Environment, Sustainable Development, Transport and Housing, which cooperates closely with each water agency (Organization for Economic Cooperation and Development 2005).

The National Water Committee convenes water resource management stakeholders at the national level to make pe­riodic decisions with applicability to the whole of France. This robust institutional architecture has proven to be remarkably conducive to collaborative and partici­patory decision making. However, its development has been the product of sus­tained political bargaining and coalition-building between bureaucratic agencies, central and local levels of government and civil society organizations.

By the time the water agencies were first proposed in the early 1960s, environmental matters had begun to decisively influence French politics. The départements, however, proved too scle­rotic to address the complaints of organizations like the National Union of Fishing Federations. For these organizations, the prospect of a new structure of regional gov­ernance promised a more open political opportunity structure (Pritchard 2011). At the same time, the regional river basin organizations established by the Water Law offered the French state the ability to pursue twin strategic goals, both enhancing its own control over local governments while also accommodating new political interest groups like the National Union. The political value of the new institutions was reflected by the "largely political" composition of the basin committees, which attempted to carefully balance representation from central and local government, industry and other water-user groups (Barrque 1995, 443). In the eyes of national politicians, the chief attraction of the basin agencies lay in the fact that not only were they "not linked to a pre-existing tier of government" but they also "facilitated a broad approach to both water quality and water quantity management that went beyond abstraction and discharge controls." Finally, but critically from the vantage point of the central government, the new basin agencies were "sufficiently large to generate appropriate levels of fiscal revenue" (Buller 1996, 292). The basin agencies thus pro­vided a new institutional structure through which to enhance both the political and financial powers of the central government relative to entrenched local governments.

The central government’s advocacy for creation of the basin agencies, and the 1964 Water Law more broadly, relied on the position that only a new type of gov­ernment could effectively address emerging environmental issues. The regional approach to river basin management was portrayed by the government at the time as an ideal, and indeed the only practical, means of combating pollution. In a 1963 session of the Assemblée nationale, Marc Jacquet, minister of transport and public works, expressed the view that the government’s economic development plans, which relied on stimulating regional economic clusters, could not be ef­fectively accomplished without addressing water quality (Journal Officiel 1963b, 5180). Other government ministers expressed a similar desire to realize the "inte­grated management" of both water and land use under a single, comprehensive in­stitutional framework (Journal Officiel 1963b, 5181). Increasingly, the government argued that this degree of integration could be accomplished only through the cre­ation of a new scale of governance over that of the départments and communes. In response to the suggestion that strengthened national pollution-control regulations might be more effective than creating a new tier of governance, Jacquet insisted that "the fight against pollution must be handled at a regional level" (Journal Officiel 1963c, 7221– 22). By making the basin agencies more inclusive and par­ticipatory, the French state could accommodate such pressure without the need to undertake far-reaching reforms of the bureaucracies under its direct control.

Over time, the basin agencies have successfully assumed these functions and have steadily accumulated legitimacy among political actors at both central and local levels by increasing access to civil society interests. This successful evolution has, in turn, set the stage for its continual development and successful institutional per­formance. In 1992, France’s environment minister boasted that France’s river basin agencies were "an original concept that brings together civil servants, engineers, elected officials and industry. It works so well that Eastern Europe wants to copy us" (Paris L’Express International 1992). Amid this widespread political support, a 1992 revision to the Water Law strengthened the powers of the basin agencies, which were renamed "water agencies," and increased the representation of civil so­ciety organizations (Barrque 1995). The 1992 legislation stipulated that both basin and subbasin management plans were to be formulated with input from different water-user groups and were to be approved by the basin committee, on which nongovernmental groups were represented. In addition to these existing basin committees, which had been established by the 1964 Water Law, the 1992 revision expanded the political opportunity structure for civil society groups by creating local water commissions (commissions locale de l’eau) empowered to review local and subbasin water-use plans (Richard, Bouleau and Barone 2010). Furthermore, the National Water Council (Comité national de l’eau), made up of 82 gov­ernmental and nongovernmental representatives, was established to set national water policy, extending the influence of nongovernmental organizations to the national level (Ministry of Environment, Sustainable Development, Transport, and Housing 2014).

This successful evolution has, in turn, set the stage for its continual development and successful institutional per­formance.

By the turn of the century, buoyed by these reforms, the water agencies had become a central fixture of the French political system. The agencies emerged as significant political actors in their own right and have helped to stimulate cooper­ation between local governments on a variety of other regional governance issues, including transport and urbanization (Dubois 2001; Richard and Rieu 2008, 11). The water agencies have furthermore been promoted as model institutions by the French government abroad and have emerged as something of a point of national pride, especially for the Ministry of Environment and Sustainable Development under whose authority the water agencies presently reside (Agence d l’Eau Seine-Normandie 2003). In 2004, reforms to the water agencies led to a further de-emphasis on central state control by increasing the representation of local water users on basin committees (Lanfranchi 2008). The 2006 Law on Water and Aquatic Environments (Lois sur l’eau et les milieu aquatiques) strengthened the water agency system by establishing explicit constitutional authority for it to tax water users and created a national secretariat, known as the National Office of Water and Aquatic Environments (Office national de l’eau et des milieu aquatiques, or ONEMA), to assist the water agencies in exercising administrative and managerial functions. The 2006 law also enhanced nongovernmental participation still further by reserving 25 percent of seats on each local water commission for civil society representatives. As a result of the 2006 law, half of each commission must now be elected by local water users, while central and local governments are restricted to 25 percent of the seats on each body (Richard, Bouleau and Barone 2010).

The most important achievement of the water agencies, however, is that through their broad-based participatory governance mechanisms they have proved adept at preventing conflict between water users within France’s river basins (Sangarre and Larrue 2004). Though isolated political conflicts do occur between water users within these basins, little of the sustained conflict between geographically concen­trated water-user groups or subnational jurisdictions evident in the other cases examined in this book has occurred in France. Even more significantly, the water agency model has proven to be an effective catalyst of international cooperation over water. Under a 2005 law, each water agency is empowered and encouraged to devote 1 percent of its budget to international aid and cooperation projects, and water agencies are twinned with a particular geographic region to encourage water-related technical cooperation. The Loire-Bretagne Water Agency, for example, is twinned with Sub-Saharan African and Southeast Asian countries, while the Artois-Picardie Water Agency takes the lead on cooperative projects with European and Central Asian countries. The agencies themselves served as an inspiration for the European Union’s Water Framework Directive (WFD), which mandates all member states to create basin-wide cooperative governance institutions that include both gov­ernmental and civil society participants (Ministry of Environment, Sustainable Development, Transport, and Housing 2014). The internationalization of the water agency model has moreover proved to be self- reinforcing: implementation of the WFD has further enhanced the institutional architecture of the French water agencies and helped spur establishment of the ONEMA (Richard, Bouleau and Barone 2010). By the mid-2010s, the French water agencies had developed into perhaps the world’s foremost example of a cooperative, institutionalized approach to interjurisdictional collective action in shared river basins. 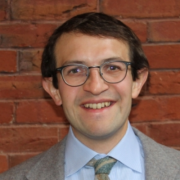 See all by Scott Moore