How Canada's dairy capital became a 'change agent' for renewables

Citiscope is a nonprofit news outlet that covers innovations in cities around the world. More at Citiscope.org.

Woodstock, Ontario, which calls itself the "Dairy Capital of Canada," isn’t the first place you might think of when it comes to leaders in renewable energy.

It’s a small agricultural city of about 42,000 people, about a 90-minute drive from the bright lights of Toronto.

But that’s also why the town and surrounding Oxford County are jumping at the chance to lead the way on sustainability. They’re among the first wave of North American jurisdictions to move aggressively toward a goal of using 100 percent renewable energy for electricity, transportation and heating. The goal is to get there by 2050.

"Because of our agricultural roots, we look at things from a long-term perspective," said Woodstock Mayor Trevor Birtch, who also serves as deputy warden for Oxford County. "Now we are recognized as leaders."

Woodstock and Oxford County are far from the only rural areas compelled by the idea of renewable energy.

Woodstock and Oxford County are far from the only rural areas compelled by the idea of renewable energy. Birtch, who told his region’s story at the Renewable Cities Global Learning Forum in Vancouver, was one of several people from rural or remote communities who came to talk about their efforts.

Experts working with cities in Alaska and remote parts of Australia spoke about how their communities have a special interest in renewable energy. That’s because they are so dependent on expensive and often unreliable sources of energy imported from elsewhere.

Among the 325 people attending the conference were mayors of Port Alberni and Prince Rupert, smaller British Columbia towns and cities a long way from Vancouver; a councilor from the Chawathil First Nation near Hope, British Columbia; and the sustainability coordinator of the small U. S. city of Whitefish, Montana.

Back in Oxford County, the area’s task is especially difficult because it does not have control over a local building code the way a larger city such as Vancouver does. So a lot of efforts are going into lobbying politicians in the province of Ontario to move ahead on new legislation for a revised building code and pilot projects for renewable energy.

But the city and county have forged ahead with their own projects under the banner of a program they call Smart Energy Oxford. One change on the way is with the county’s fleet of snowplows. By the end of this year, the 20 vehicles will be running on a mixture of compressed natural gas and biofuels.

The city teamed up with the local utility, Woodstock Hydro Services Inc., to create a microgrid in downtown Woodstock. It connects two buildings with solar panels on their roofs to seven other buildings that consume the energy produced, all with the help of a transformer placed in a 10th building.

The project, known as the Whites Lane Microgrid, involved collaboration with students and professors at local colleges and universities who added research and data analysis capacity. A private company, Elstar, has joined up to provide a smart-metering function.

"Everything we do is with multiple partnerships," said Birtch. The region is hoping to become the site of an Ontario pilot project on "virtual net metering," a way of giving individual owners credit for solar power they contribute to the community grid.

People are encouraged to save energy by switching their agricultural vehicles to compressed fuels.

The region runs fairs explaining the move to renewable energy (sometimes getting as many as 500 people in attendance), has done bus tours to show off local renewable technologies and has tapped into libraries to engage the public.

"One of the big efforts was to show people ways they can conserve, using transit, carpooling bicycles," said Birtch. "And at the library, they have a gadget called Easy Watt Reader that you can borrow. You can use that gadget to reduce phantom loads." (Phantom loads are the electricity used by house appliances when they are in standby mode or even appear to be turned off.) The reader is provided through the Watt Reader Loan Program run by Alectra Utilities, a network of energy companies in Ontario.

And, because some clean-energy options such as transit are not available to the rural areas, people are encouraged to save energy by switching their agricultural vehicles to compressed fuels.

Birtch said it’s all having an effect. Other city and industry leaders are noticing what Woodstock is doing and coming to visit to learn more and to copy ideas, he said: "We are agents of change." 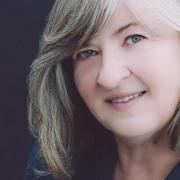 See all by Frances Bula