How Canopy's founder is winning converts with her gospel of deforestation

To Nicole Rycroft, founder and executive director of non-profit Canopy, ancient forests are the "cathedrals of the natural world."

Species of all shapes and sizes make up the diverse congregation worshipping within. Birds fill the choir lofts with their sometimes-cacophonous hymns. They are joined (more often than not) by indigenous peoples who faithfully worship the scripture of conservation, respect and co-existence.

"I think the Australian bush and a deep love of wild places got woven into my fabric at a very early age, in childhood," Rycroft mused, when I wonder why forests became her cause célèbre almost 20 years ago. "That's definitely at the base of why forests have become so much a part of my life. And I think the other thing for me is that the importance of protecting forests is terribly underappreciated. I sometimes describe myself as a social justice activist trapped in the body of an environmental activist."

Actually, that's exactly what Rycroft was doing when the inspiration for Canopy became a seed in her imagination. Prior to launching her own organization, the Australian native worked in a rebel war zone in Burma, where she witnessed firsthand the link between forest ecosystem devastation and human rights abuses — and learned that effective campaigns can be grounded in hope and cooperation. "You can't get through life without a wicked sense of humor," Rycroft said, recalling the frequent laughter and spirit of her team along the Burmese border.

When it comes to inspiring corporate forest strategies, however, Canopy's influence is no joke. Even though its budget is just $1.4 million for fiscal 2017, the organization is allied with more than 750 companies — including the likes of H&M, Levi Strauss & Co., Penguin-Random House, Sprint and Zara — that have committed to changing business processes that could threaten ancient and endangered forests. 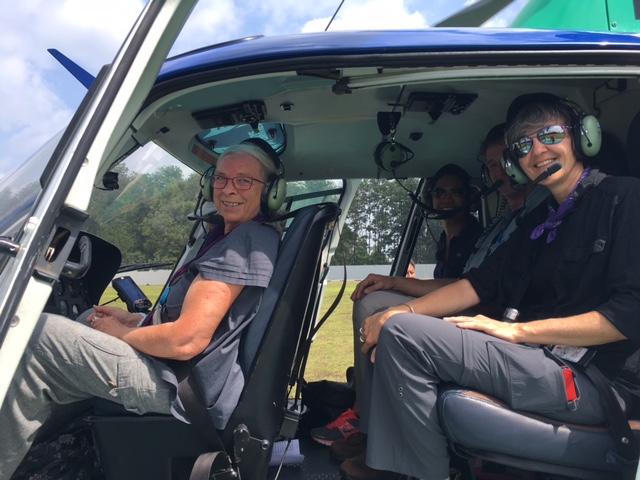 What's more, the 11-person non-profit currently gets less than 2 percent of its operating funds from corporations — about 70 percent of the last year's donations were from foundation donations, 13 percent from individuals. The money it does collect from corporate partners are reimbursements to cover the costs of shared external expenses such as meetings.

Canopy actually has set a policy that explicitly prohibits it from accepting donations from companies that it works with and limits corporate funding to 25 percent, although at 2 percent currently, that amount is far below that ceiling, Rycroft said. That ensures that the organization can focus on change that could affect an entire sector than just the companies that can afford to write big checks, she noted. It refuses money from organizations involved in logging, fossil fuel extraction, manufacturing arms or that have been linked with "egregious" human rights or environmental violations. In fiscal 2018, Canopy hopes to have an estimated budget of around $2 million.

From fiction to fashion

As you might expect, Vancouver-based Canopy's initial mission starting around 2000 was focused on influencing the consumption of paper — and convincing book publishers to wean their printing presses off pulp harvested from ancient forests. "Canopy's role is to build a base of support and a base of powerful advocates for forest conversation," Rycroft said.

It gained notoriety early on for its success in winning over credible advocates in the creative community — including Canadian authors Alice Munro and Margaret Atwood, and Harry Potter creator J.K. Rowling. All three successfully pressured their publishers to embrace more responsible sourcing policies.

We've really focused in on champions at companies that buy millions of dollars of paper, packaging or wood-based fabric.

The dynamics of publishing have changed dramatically since the turn of the millennium, thanks in large part to the adoption of digital media and marketing processes. But ancient forests are still highly vulnerable to the booming world of fashion: it turns out that pulp is a key ingredient for fabrics such as rayon/viscose, modal and lyocell. Hence the birth of CanopyStyle, the non-profit's campaign to encourage big brands to verify that the source of the fiber used in their apparel — as well as their packaging — doesn't come from endangered forests.

"CanopyStyle is moving the dial faster than any other environmental issue that H&M or our industry is currently working on," noted Cecilia Stromblad Brannsten, one of the Swedish retailer's environmental sustainability specialists, in Canopy's latest annual report.

"Our model of change is based on the very simple business adage that the customer is always right," said Rycroft, who initially based Canopy in North America rather than Australia in order to be closer to more big buyers. (For the next two years, she's based in London, building out the NGO's European team.) "We've really focused in on champions at companies that buy millions of dollars of paper, packaging or wood-based fabric."

One of its latest public converts is VF Corp. — parent company of Timberland, North Face, Wrangler and Vans — which disclosed its new forest materials policy in 2017. The commitment prioritizes the use of recycled fiber, alongside paper and fiber certified by the Forest Stewardship Council.

"Deforestation and forest degradation continues to be a global issue affecting climate change and human rights," said Letitia Webster, vice president of global corporate sustainability for VF, in the statement announcing the company's commitment to CanopyStyle. "This policy provides clear guidance across our many purchasing categories and it enables us to play our part in protecting the world's forests."

The human side of forests

To be clear, Canopy is not developing its own certification mechanisms. One of its roles is to showcase the issue with the private sector and government agencies, in alliance with other NGOs and non-profits, to help guide large companies toward viable alternatives and to help with audits. And over the past decade, it has amassed oodles of data, which it regularly shares in reports such as the Blueline Ranking (a ranking of the sustainability credentials of North America's largest printers) and the Hot Button Report (which evaluates the forest policies of 11 viscose and rayon producers, representing about 70 percent of global production). 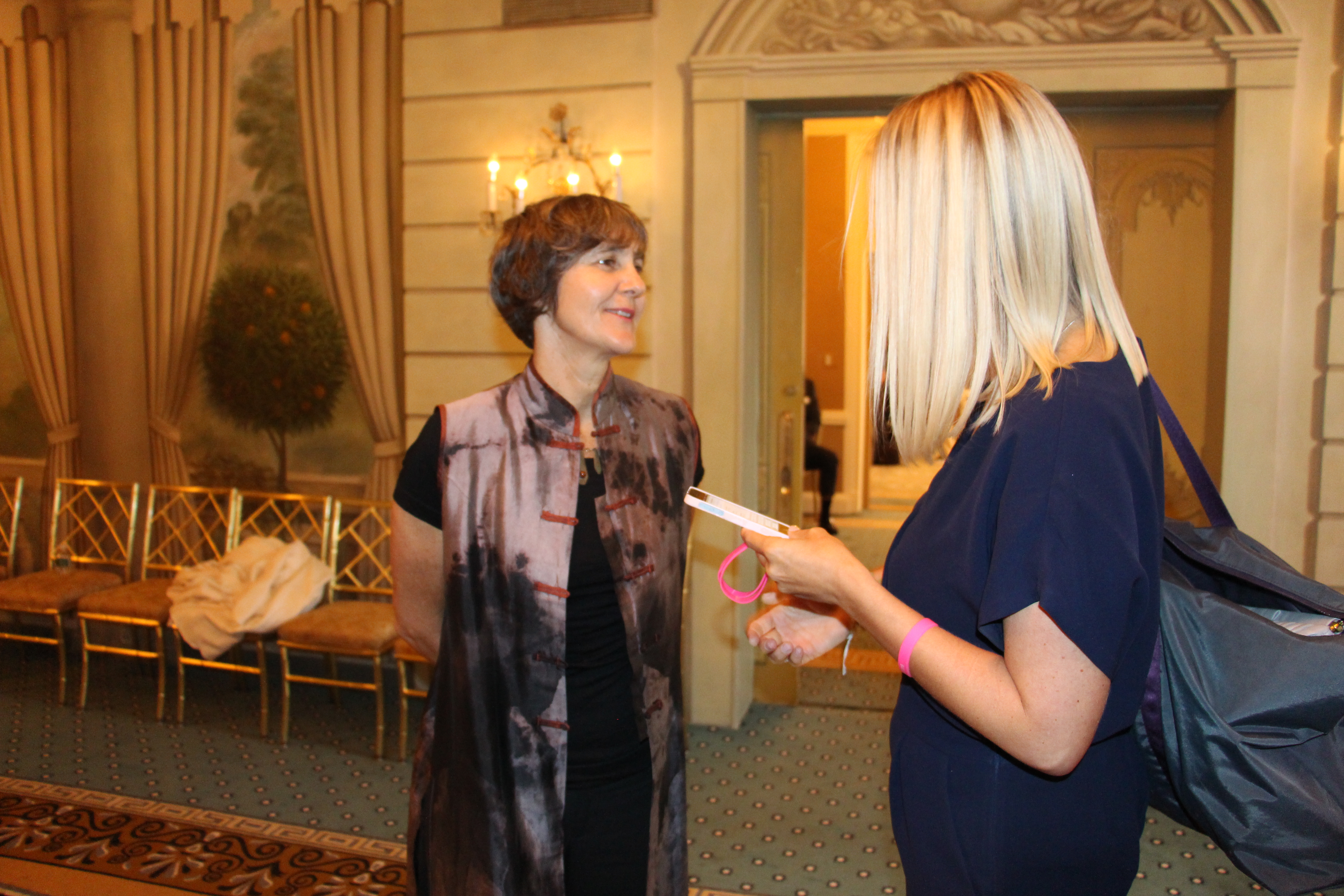 Aside from courting corporate allies, you can find Rycroft and the Canopy team working closely with other conservation non-profits and indigenous community groups that have deep cultural and economic roots in the ancient forests where it has focused most of its attention to date — the coastal and temperate tree stands across western and northern Canada and the rainforests of Indonesia's Leuser ecosystem.

Mandy Gull, deputy chief of the Cree First Nations community of Waswanipi in the Boreal Forest, teamed up with Canopy to address close to 90 fashion brands about the impact of logging and industrial development — inspiring many of them to speak out about the issue in ways they hadn't previously considered. That sort of engagement is helping turn the tide in Canada. So far, Canopy's campaigns have helped protect 85 percent of the 6.4-million-hectare Great Bear Rainforest in British Columbia, which has adopted stricter sustainable harvesting guidelines and set aside more than 1 million hectares of intact boreal forest from logging. This would not have happened, Rycroft said, without Canopy's corporate allies.

Canopy's efforts are also beginning to pay off in Indonesia, notably in the Panduma'an-Sipituhuta community where there has been a longstanding history of conflict between the native people and an enormous pulp producer, Toba Pulp Lestari. "This mill went from being renowned for being difficult to engage to talking to Canopy to putting forth commitment," Rycroft said. One result is that 5,172 hectares of land have been returned to the indigenous people for traditional uses. Again, the change in heart at Toba Pulp Lestari came about largely because of the policy changes of large customers, according to Rycroft.

You can't get through life without a wicked sense of humor.

"We find brands are very entrepreneurial, we find they are very outcomes-focused," she said. "We have found that not to be the case with most governments when it comes to environmental issues."

Evidence of that entrepreneurial spirit and "restless leadership" can be found in Canopy's Second Harvest initiative, an ambitious project that seeks to create paper products out of leftover straw that has few other uses — giving brands another potential alternative. The organization figures there's enough of the waste to produce more than 10 million tons of pulp and paper, a market opportunity that inspired the August groundbreaking for a commercial mill in Starbuck, Washington. Rycroft said she hopes at least two more facilities will secure their financing within the next 12 months.

How can she tell if a Canopy partner really embraces the religion of conservation? "It's when the work together is described at the work of 'we,' not the work of 'you.' There's that spirit of co-creating. We're clear around the goals, and there is an element of co-designing."

Episode 268: Doing the math on net zero; taking food waste off the menu