Many city dwellers are familiar with Zipcar and other carsharing companies cropping up in major cities and college campuses across America. The business model is based on a company leasing vehicles, placing them throughout an urban area, providing insurance, and requiring members to schedule their trips.

This "traditional model" of carsharing was established in Europe more than 20 years ago. It grew steadily -- yet somewhat modestly -- in North America beginning in 1994 in Montreal and 1998 in Portland. But things didn't really start taking off until about 2000 when two companies with national/international aspirations launched -- Flexcar in Seattle and Zipcar in Boston -- which merged in 2007 after several years of direct competition. More recently, major rental car companies have ventured into carsharing -- most notably Hertz Connect in New York City and Enterprise WeCar.

Last month Zipcar roared into the publicly held business sector, surprising even itself with the runaway success of its IPO -- resulting in a valuation of Zipcar beyond a number of the rental car companies, even though they manage a fraction of the fleet these rental car companies have. The success of this offering is a good indication that major investors see something new happening with cars and car ownership in the US. Sightline readers have been alerted to some of these changes, which, taken together, represent a significant evolution in an emerging field of "personal mobility."

Here are the major trends I see:

Peer-to-peer (P2P) carsharing has the potential to dramatically expand the geographic area where carsharing is a viable alternative to car ownership -- beyond dense, close-in parts of cities to suburbs and beyond.

P2P carsharing takes advantage of under-utilized, privately owned vehicles for carsharing, and allows the owners to rent these vehicles to their neighbors. A P2P carsharing company facilitates the transaction and provides the insurance during the rental period -- protecting the owner from claims.

So far there are a several startups -- clustered in California for now, but with national ambitions -- testing the P2P carsharing waters. They include RelayRides, GetAround and JustShareIt. Like fleet-based carsharing, they require membership, bundle costs into hourly (or hourly + miles) rates, require reservations for pick-up and drop-off times, have decentralized locations, and enable unattended access to the vehicles. (The last two items are key distinctions between carsharing and car-renting.)

I think of P2P carsharing as version 1.5 of carsharing. It's a major change in the finances of running a carsharing company, since one of the major costs of doing business -- leasing or owning the vehicles -- is now a variable cost, paid only when there's a rental. (It's not pure profit either, since managing all those individual vehicle owners requires more complex operations undertaken by the company.) But it's still round-trip, reservation-based carsharing.

European auto manufacturers have started to get involved in carsharing, another indication that we're crossing a transportation threshold. Daimler started its innovative car2go "mobility on demand" service (described in the next section) first in Germany in 2009 and subsequently in Austin, Texas in 2010. BMW announced a similar service in March. This month Volkswagen announced it would be starting a more classic round-trip carsharing service.

Premium auto manufacturers such as Daimler and BMW don't sell inexpensive, entry-level, economy cars -- the kinds of cars most potential car-sharers would otherwise drive. Consequently, these high-end carmakers aren't endangering sales of their own vehicles by putting cars on the street as carshare vehicles. In Daimler's case, it was a very "smart" move, because they've been struggling to find markets for their Smart car; VW's entry is a bit more of a gamble. But presumably the handwriting is on the pavement: European auto sales (and profits) are going to be increasingly hard to come by.

In North America, Ford and other auto companies have paid lip-service to carsharing for years. There's been much more interest in carsharing from rental companies, which have faced a stagnant market and major consolidations in their industry. But even for US auto manufacturers the trend is clear: more people are living in cities with higher costs of car ownership, and young people seem more interested in their smart phones and bicycles. They're delaying car ownership; they're even postponing getting driver's licenses.

The traditional carsharing round trip service model requires scheduling the trip in advance and bringing the vehicle back to the pick-up location no later than you said you would. Daimler's car2go service is a significant advance from this model.

Car2go places hundreds of Smart cars in a large urban zone, and negotiates the option that allows them to be parked in any legal parking space (including meters without the driver paying) and used by the minute -- 35¢ per minute. Instead of having to make a reservation, the member simply goes on the internet or smart phone to find the closest vehicle and then uses their member card to unlock and start the vehicle. Trips can be taken to any destination -- just like traditional carsharing -- but vehicles do not have to be returned to any specific location because the vehicles don't have a specific home location (so long as the car is within the floating parking zone). (Car2go does allow reservations 24 hours in advance, but it's not for a specific vehicle but merely the closest vehicle to the address you specify. You get a message before your trip telling you where the vehicle is parked.)

Car2go first tested the "mobility on demand" concept in Ulm, Germany and quickly decided to test the service in Austin, Texas. Earlier this year, car2go has expanded to Hamburg, Germany and earlier this month, car2go announced plans to open in Vancouver, BC in June. The implications of this flexible "mobility on demand" model are staggering, especially as the cost of parking and gas increase.

The impacts of these new "mobility on demand" services are an open question, deserving careful study once they have a good base of users. Given the services' much-more-flexible nature, it seems likely that they could open the carsharing door to many more car-owning households -- but may also offset some trips otherwise made by transit and cycling. (This is a minor effect of traditional carsharing, as well, documented in the San Francisco evaluation by Robert Cervero.).

France has been leading the way with electric vehicles (EVs). As a result of partnerships with the state-owned electric company, France has had highway-worthy electric cars built by their major car companies for over 10 years. Plus, they've developed pure EV-fleet carsharing in a few cities. The new generation of EVs has sparked interest. Following the runaway success of their bicycle sharing program, Velib, the Mayor of Paris announced an electric vehicle program, Autolib, which is hoped to have 4,000 EVs allowing one-way trips (between charging stations) all over the city -- possibly within a year.

Last month, Daimler stole a little of the thunder from Autolib by announcing that it would offer an all-electric car2go program in Amsterdam using the Smart Electric Drive model. Meanwhile, Germany is about to announce a national platform for "electro mobility." As a Die Zeit article says (roughly translated), "Instead of being about the 'vehicle' the platform is about 'mobility'... In the coming years people will get from one place to another differently than in the past. They will continue to be mobile, but not necessarily use their car."

Waiting in the wings to service this electro-mobility market is a whole array of lightweight personal electric vehicle designs, ready to compliment bicycles, e-bikes, walking, and transit for urban mobility. In spite of efforts to commercialize Neighborhood Electric Vehicles a decade ago, the NEV category is hampered by the speed restrictions which limit production, keeping purchase prices above entry-level small sedans. A medium-speed vehicle category (50 mph) could provide the boost needed to allow manufacturers to produce an appealing economically viable vehicle, which could be offered in carsharing fleets, as well as sold/leased.

The traditional carsharing services in the US haven't been watching these developments completely from the sidelines. Hertz Connect has been first in line to get its hands on a few highway-rated electric vehicles in the US, and is making them available in New York City. Stepping out ahead of all the other classic carshares, Hertz Connect has just announced an expansion of its traditional carsharing model -- still requiring a reservation but allowing one-way trips between 100 stations in the New York City area, including the three major airports serving the city. Clearly, they've upped the ante of carsharing, at least in one megacity. (For what it's worth Honda ran a demonstration program in Singapore for two years allowing one way trips between stations.)

Many are watching to see what Zipcar's next move will be, now that they have some money from their IPO in their pockets. Although they have already signaled interest in international acquisitions -- having bought the very successful "car club" Streetcar serving London and other UK cities before the IPO, they must surely be developing strategies to meet the challenges of P2P carsharing and car2go's mobility on demand service.

In the near term, it seems likely that high gas prices, increasing use of road tolls and taxes, and congested highways means an increasing number of consumers will consider the myriad transportation options beyond car ownership. They may even adopt a less-intensive transportation lifestyle. Whether we will make the transition from promoting electric vehicles to promoting electric-mobility is a big question. Clearly, there are a number of companies ready to provide new options, and it appears that the investment community thinks there's opportunity to go beyond the American "love affair with the car" and appears ready to fund carsharing, electric vehicles and e-mobility .

This article originally appeared on Sightline Daily, and is reprinted with permission. 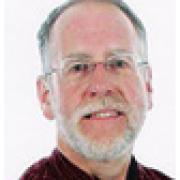 See all by David Brook