A cultural and social shift is afoot, with more corporations waking up to the potential of sustainability to create value, moving away from a romanticized "stock photo" concept of CSR. As that notion becomes more mainstream, so too does the emphasis on where environmental concerns intersect with social ones, with the potential for systemic change to accelerate. That's according to many business and NGO leaders speaking at GreenBiz 19 this week outside of Phoenix.

For several years the United Nations' Sustainable Development Goals have provided a lens through which nations and businesses can reinvent how they operate for the greater good. More than half of the 17 goals are explicitly linked to human health or well-being. "End poverty in all its forms everywhere" is the first of the 17 SDGs, followed by "zero hunger," "good health and well-being," "quality education" and others. Achieving SDG No. 1, for example, requires eradicating "extreme poverty for all people everywhere, currently measured as people living on less than $1.25 a day," according to U.N. data.

Nobody said it would be easy, but the audacity of setting these goals is like a triple-dog-dare by the world's nations — and a bet that, just maybe, some of this actually will be achieved in the next 4,000-odd days until 2030.

Many businesses are charging ahead against the SDG deadline of 2030. Just under 40 percent of large companies were participating in the SDGs in 2017, but that number is coming up fast, according to Tim Mohin, CEO of the Global Reporting Initiative (GRI).

We're at a point where market forces and sheer necessity are forcing the need for change at a velocity not seen before, according to Keryn James, CEO of sustainability consultancy ERM, which works with some of the world's largest companies. "That's the challenge that's facing business today."

Many tools exist to help companies link a strong sustainability strategy with the SDGs. "But how do you operationalize it? How do you embed it in your business and make it a part of the day to day?" That's hard, especially for an operation with supply chains all over the world, James added. Historically, the focus on risk management has been what most companies understand. In the last 12 months, however, corporate sustainability directors are "in value creation mode."

Meanwhile, the underestimated human elements — human rights, safety, diversity and inclusion, even employee happiness — are getting more attention for their material impacts.

The recent past has seen an increased specialization in corporate sustainability roles alongside the elevation of sustainability within the C-suite, as the 2019 GreenBiz State of Green Business report described in January. "There’s a greater literacy and awareness across the organization," James agreed.

Meanwhile, the underestimated human elements — human rights, safety, diversity and inclusion, even employee happiness — are getting more attention for their material impacts. Today's launch of the Social & Human Capital Protocol aims to help companies measure and understand "the full spectrum of business interactions with people, society and the environment," according to the Social & Human Capital Coalition. The roles responsible for that realm increasingly will be procurement managers, HR directors and the CFO rather than those traditionally responsible only for health, safety and environmental issues, James said.

Sustainability is becoming embedded within the investment community, too.

"Thinking about the environment and social issues is part of being a good steward," Audrey Choi, CMO and CSO of Morgan Stanley, said onstage. With S&P, Fitch and Moody's all integrating environmental, social and governance (ESG) into their credit ratings, "that’s going to be more on the minds of executives."

Given the urgency and complexity of the challenges ahead, however, "we’re all making progress but it’s not enough," Sally Uren, CEO of Forum for the Future, said. "We tend to put stick and plaster on problems ... Are we locking in an unsustainable system and perpetuating it, or allowing the emergence of a new system?" 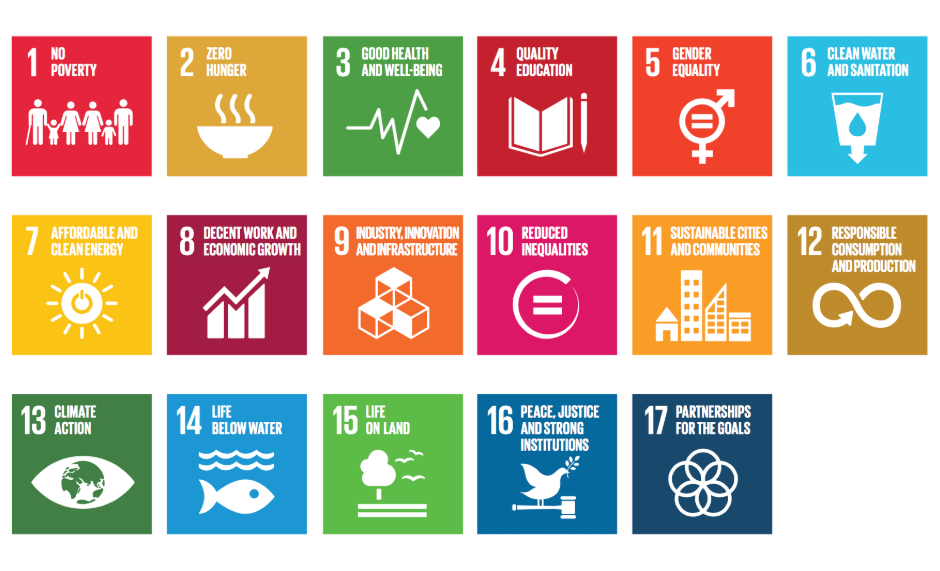 The world's nations passed the SDGs, or Global Goals, as they’re also known, unanimously in 2015, the same year as the Paris Agreement. But in the economic and political climate of the moment — marked by global income inequality and mass migration — it’s unclear if either ambitious measure would have passed today, Mohin said.

"The social contract of business is under pressure," Peter Bakker said. "We all point at yellow vests in France, but there’s a growing feeling that the system is no longer working."

However, the SDGs provide many opportunities for creating corporate value and jobs. For business, there’s a high risk and cost of inaction — considering $60 billion in damages from climate-change-related natural events in the United States alone. Positively, there could be $12 trillion of value at stake and 80 million jobs to be created, as described by the Better Business Better World report in 2017.

This year, the U.N. General Assembly will issue a progress report on how companies and nations are progressing on the goals. The World Benchmarking Alliance will report on how large corporations are performing on 20 related benchmarks. "The clock is ticking, time is running out and business is very much a part of the agenda," Mohin said.

To demonstrate leadership, Bakker first suggests mapping the SDGs "against your business" and then setting targets.

For those seeking to embrace the Global Goals, the SDG Compass from WBCSD, GRI and the United Nations lets companies map their efforts against the SDGs, and offers a searchable database of business tools. GRI offers a Practical Guide (PDF) reaching the Global Goals and their 169 targets (PDF). Framed for consumers, the Good Life Goals campaign touts everyday actions individuals can take.

The closer you get to changing a system, the harder it pushes back — so we all need to be incredibly resilient.

Don’t start the conversation with your board about the SDGs with the U.N. framework directly, but instead about what is material to your business, in terms of opportunities and risks, Bakker advised. "And realize everything you’ve done in CSR or sustainability is part of the SDGs because it’s an all-encompassing framework. Don’t let your audience think it’s another framework on top of everything else. It’s the one framework."

Speakers shouted out Microsoft, IKEA and Visa for their progress on the SDGs.

"It’s not possible to have a sustainable business in an unsustainable system," Uren said. First you must diagnose the problem, then create a "pioneering practice," then scale.

For a food business, that means looking beyond the logistics function to figure out how to intervene in supply chains. For a consumer packaged goods company, it's not incremental improvements in packaging but transforming the economy so it becomes circular. Take the tea industry, for example: Efforts to improve the living conditions of tea farmers ultimately fall short because they fail to address the root cause of poverty — the way the market functions. Forum for the Future's Tea 2030 effort seeks to transform the industry through alternative market mechanisms to the auction system, with perpetuates a cycle of oversupply, depressed prices and poverty.

"The closer you get to changing a system, the harder it pushes back — so we all need to be incredibly resilient," Uren said.

6 lessons from Dell and Cisco about advancing circular products

Why Google, BASF and Sephora are coming together on safer chemistry

Lisa Jackson: How Apple aims to lead on environment and equity