Last month marked a watershed moment for the reduction in plastic pollution in China, the world’s biggest consumer. Although the news has been overshadowed by other recent events, China’s move to phase out the use of single-use plastic is another positive vector supporting the global momentum that is building to slow retail consumption of a material that is often overused and unnecessary.

"Retail consumption" is an important nuance globally. It indicates that the brands and vendors of products have the say on how consumers receive their products, and what kind of responsibility for the product’s waste companies transfer to them along the way.

This move by China is also a welcome contrast to the nation’s Single’s Day in November, which solidified the sales event’s ranking as the world’s largest day of mass-distributed packaging waste on the planet. With more than 9.4 million tons of delivery packaging generated alone and estimates by Greenpeace of this increasing to over 40 million tons by 2025, the event causes wide-ranging environmental stress to the communities and customers to which all of the brands cater.

This could be China’s or America’s golden opportunity to create a thriving circular economy using nonvirgin materials.

This packaging, all of which is domestically generated, can offer large opportunities for recycling and use in second-life markets where value is created for another use in some form or another. This opportunity can be realized only if engaged, thoughtful and systemic changes are put into place for the reduction of wasteful materials that are not needed in the first place, and recovery of those plastics that are necessary for the product itself, or its package.

China’s leadership as a recycler for much of the world’s materials was curtailed in early 2018 with a strong ban on the import of second-life materials. This sent shockwaves through regions that had failed to invest in their own domestic recycling capacities, including the United States, Europe, Japan, Australia and Hong Kong.

Given the opportunities for innovation, job creation and the formation of global circular economy markets, however, this could be China’s or America’s golden opportunity to create a thriving circular economy using nonvirgin materials. This would establish a competitive advantage in the extended use of raw materials and fulfill the growing demand for the use of recycled content, with the supply chains which are required along the way.

With more than 40,000 variations in the way plastic products are made, it can be argued that solving plastic pollution is more complicated than bringing resolution to climate change. This does not mean that the impacts of plastic pollution are necessarily greater, but it means that the solutions are extremely varied, as waste is generated at the local level across communities. Solutions must be adapted according to population sizes, consumption patterns, volumes of material and the dispersion of waste resources across regions in order to achieve value creation for plastic waste.

China’s recent move to restrict single-use plastic complements its latest attempts to improve its own domestic material recovery and recycling, which for decades largely had been overlooked. But by stopping the flow of well-sorted and relatively high-grade material from offshore, China’s domestic sorting and recycling capacities are stressed and underperforming without quality feedstock.

Similarly, without a national policy for recycling, the United States lacks sufficient infrastructure for turning second-life plastic into value and, therefore — like China, but for different reasons — has not yet realized the opportunity that presents itself with the new wave of momentum on plastic pollution.

The cross-border trade of plastic feedstock for recycling has been a hot topic of late, but contrary to popular discussion in the media and environmental communities, it may not be advantageous for countries, or those trying to reduce pollution, to completely shut their doors to foreign materials for recycling. If conducted with the right quality controls, imported plastic recyclate has the potential to help circular economies thrive, driving leadership in second-life polymer innovation. To their advantages, both American and Chinese manufacturing sectors would be able to absorb quality recycled content if made available, and in fact, the sustainability of many of their industries may depend on it.

When trade is restricted, and circular economies are not cross-border in nature, the assumption that each country will have its own infrastructure, manufacturing and local demand for recycled content is difficult to imagine, even in the medium term. Plastics that are locked into a country by international laws prevent that material from becoming part of the global supply chain. When stakeholders promote strong circular economies, it only makes sense to benefit from the efficiencies realized by other industries through trade conducted in a global, cross-border manner.

Contrary to discussion in the media and environmental communities, it may not be advantageous for countries to completely shut their doors to foreign materials for recycling.

Growing attempts to halt plastic pollution on a worldwide basis may be put at risk if countries are stuck without solutions for their own inventory of plastic, particularly when the waste they generate is often from imported products and packaging in the first place. Plastic that could have a second life as recycled feedstock may well end up in landfills, dumped in waterways or openly burned.

For countries with a competitive advantage in manufacturing, the facilitation of an efficient, scaled recycling industry will be progressively important, as large multinational brands begin to make significant commitments to broaden the use of recycled content in their goods and packaging.

Two weeks ago, for example, Nestlé announced it would buy over 2 million tons of recycled plastic content for use in its packaging by 2025, at a cost of over $1.5 billion. By impeding the supply of recycled feedstock needed to satisfy growing stakeholder demands, countries could find that responsible manufacturers choose to relocate production elsewhere, selecting countries that have the available supply of second-life materials. In the near future, many products or packaging which lack the use of recycled plastic may become products of the past.

Finding solutions and value for second-life plastic is a challenge, with volumes and large-scale recycling capacities needed to compete with cheap virgin feedstock. Reincarnated plastic, however, likely will have more value than many types of virgin material in the coming years, and only a few countries will be able to supply the volume that brands are beginning to demand. The role of the United States and China is vital in this scenario, with both — and the environment — ending as potential winners along the way.

These two giants in manufacturing and consumption are the two nations that can play leading roles in the world’s need for reduced plastic pollution, but each will need more investment in infrastructure, material recovery programs and efficient oversight for imported material if used. The opportunity is on their doorsteps — if they care to capitalize on it, leading us to a world with less plastic waste. 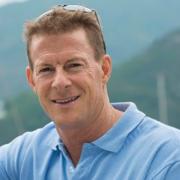 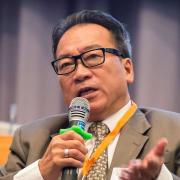