China’s Belt and Road Initiative (BRI), launched by President Xi Jinping in 2013, has been described as the most ambitious infrastructure project in history. It is a plan to finance and build roads, railways, bridges, ports and industrial parks abroad, beginning with China’s neighbors in Central, South and Southeast Asia and eventually reaching Western Europe and across the Pacific to Latin America. The more than 70 countries that formally have signed up to participate account for two-thirds of the world’s population, 30 percent of global GDP and an estimated 75 percent of known energy reserves.

The first phase — of transport and energy infrastructure and seaports — will enable a level of industrial development and economic integration that Beijing hopes will generate new markets for Chinese companies and create a Chinese-dominated network of countries, tied into China’s economic and industrial realm. If successful, it would create a sphere of technological, economic, diplomatic and strategic power big enough to challenge that of the United States.

BRI has the potential to transform economies in China’s partner countries. Yet it could also could tip the world into catastrophic climate change.

Speaking at a meeting in San Francisco in September, Nicholas Stern, the prominent British economist, laid out his concerns: "The more than 70 countries that are signed up to the Belt and Road Initiative have an average GDP of around one-third of that of China. If they adopt China’s development model, which resulted in a doubling of China’s GHG [greenhouse gas] emissions in the first decade of the century, it would make the emissions targets in the Paris Agreement impossible."

Just building the land-based Silk Road Economic Belt and the 21st Century Maritime Silk Road will absorb massive amounts of concrete, steel and chemicals, creating new power stations, mines, roads, railways, airports and container ports, many in countries with poor environmental oversight. But more worrying still is the vision of industrial development to follow, and the energy that is planned to fuel it. While China has imposed a cap on coal consumption at home, its coal and energy companies are on a building spree overseas.

From 1990 to 2015, China’s annual coal consumption went from 1.05 billion tons to 3.97 billion tons and provided more than 70 percent of China’s energy in its pursuit of rapid GDP growth.

Chinese companies are involved in at least 240 coal projects in 25 of the Belt and Road countries, including in Bangladesh, Pakistan, Serbia, Kenya, Ghana, Malawi and Zimbabwe. China is also financing about half of proposed new coal capacity in Egypt, Tanzania and Zambia. While a few of these new plants will use the latest technology — in Bangladesh, for example, China is building the country’s first "clean coal" plant — many are less advanced and are not being planned with the carbon capture technology that would make them less threatening to efforts to control climate change.

China’s coal and energy companies have been at the heart of the country’s industrial revolution. From 1990 to 2015, China’s annual coal consumption went from 1.05 billion tons to 3.97 billion tons and provided more than 70 percent of China’s energy in its pursuit of rapid GDP growth. The country paid a heavy price for its coal addiction in water scarcity, acid rain and air pollution, a price that officials routinely dismissed as rich-country concerns that China could not afford, until public concern about choking smog forced a change in policy. 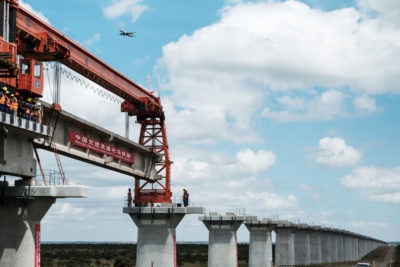 Over the last decade, in an effort to reverse coal’s impacts, the government instituted a program of closure of smaller, older plants and investment in new, advanced power stations. The share of coal in the mix began to drop, giving rise to the hope that consumption in a country that has swallowed half the world’s coal each year since 2011 was on a downward path. Today, China’s leadership has embedded (PDF) "eco-civilization" in the Communist Party’s constitution, as the clean, green principle on which it is planning the next phase of China’s economic development.

China’s planned shift away from heavy industry toward a more service-based economy, coupled with big investments in renewables, enabled China to achieve substantial reductions in energy intensity and to envisage the moment when the country’s coal use and carbon emissions would peak and begin to fall.

In 2014 alone, China added 20 gigawatts (GW) of wind capacity, 11 GW of solar and 22 GW of hydropower capacity, but much of the country’s renewable output was wasted because of the structure of China’s electricity market. China’s coal-fired power plants traditionally has enjoyed (automatic PDF download) fixed annual supply contracts that guaranteed them against operating losses, contracts that denied grid access to much of the output of the growing renewables sector. In 2015, reforms to the electricity market removed coal’s guaranteed hours and grid operators were encouraged to give priority to renewable energy over coal.

It was welcome news for the global climate community as well as for China’s smog-weary urban population, but China’s giant coal and energy companies found themselves looking at a bleak future.

It was welcome news for the global climate community as well as for China’s smog-weary urban population, but China’s giant coal and energy companies found themselves looking at a bleak future. Struggling to make a profit, they saw their best hopes of survival overseas.

The result is that while China is making commendable efforts to clean up at home and to reduce its carbon emissions, the Belt and Road Initiative threatens to lock China’s partners into the same high-emission development that China is now trying to exit. As a spokesman for the China Huaneng Group, China’s national state-owned power company, told China Energy News in July 2015, the company actively was seeking development opportunities along the "Belt and Road." It had a particular eye on the coal resources of South Asia, Southeast Asia, Central and Eastern Europe, the Middle East and the Russian Far East. Other energy companies followed suit, supported by the third key element in the strategy — China’s state-owned banks.

Later that year, 190 countries agreed under the Paris climate accord to try to keep the global average temperature rise below 2 degrees Celsius and as close to 1.5 degrees C as possible. The energy finance think tank Carbon Tracker estimates that this will require a complete phaseout of coal worldwide by 2040. That, in turn, means that 100 GW a year, or one coal plant a day, will need to close from now to 2040, a goal directly undercut by China’s coal investments. The average life of a coal-fired power station is around 40 years, so a phaseout by 2040 implies that any new plant built today — and most built after the turn of the century — is unlikely to operate long enough to recover its costs.

As the price of renewables, already competitive with new coal and natural gas, is forecast to continue to drop, the point at which such plants become uneconomical could be very close. Against that background, China’s new coal power plants and infrastructure both at home and abroad threaten both the sustainability of its partners and global efforts to contain climate change. 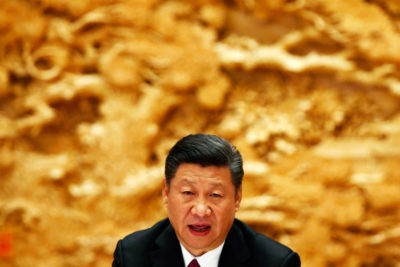 In 2016, Xi called for the Belt and Road Initiative to be "green, healthy, intelligent, and peaceful" and urged participating countries to "deepen cooperation in environmental protection, intensify ecological preservation and build a green Silk Road." The government has released guidelines such as the "Guidance on Promoting Green Belt and Road," which parallel domestic green finance guidelines, but they are non-binding and appear to be little applied. The Asian Infrastructure Investment Bank (AIIB), China’s first venture into the creation of a multilateral bank, proudly proclaims that its standards on environmental protection and climate risk are world-class, but because the AIIB is only a small player in financing the Belt and Road Initiative, it makes little difference to the climate or the environmental outcome.

The banks that matter are the 27 (mostly state-owned) banks involved in the BRI — such as the China Development Bank, expected to lend $40-45 billion annually to BRI projects, the Export-Import Bank of China and the Industrial and Commercial Bank of China, which together account for the bulk of BRI financing to date.

How much attention they pay to green guidelines may be judged by the result.

So far, most BRI projects are energy-related: Since 2000, Chinese-led policy banks have invested $160 billion in overseas energy projects, almost as much as the World Bank and regional development banks. But unlike the World Bank, 80 percent of China’s overseas energy investments went to fossil fuels — $54.6 billion to oil, $43.5 billion to coal, and $18.8 billion to natural gas — compared with only 3 percent to solar and wind and 17 percent to often-controversial hydro projects. 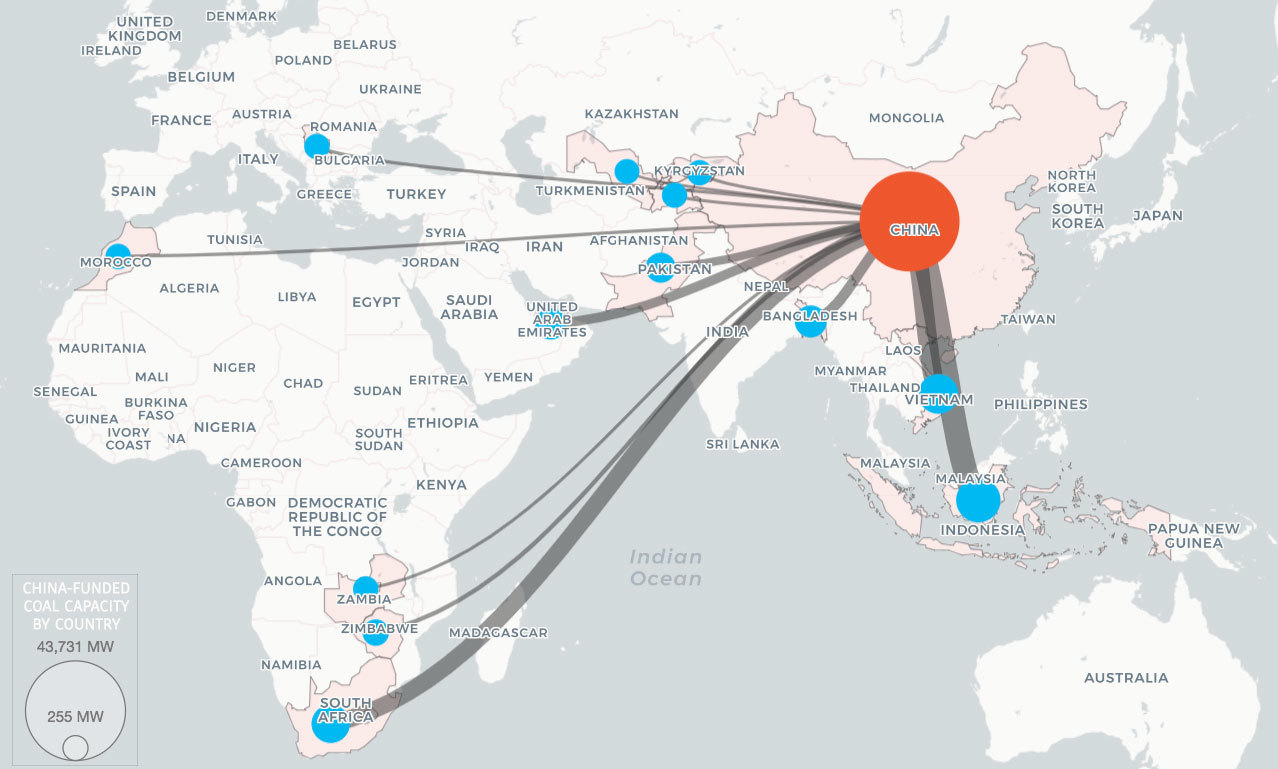 When the Global Environment Institute, a Beijing-based NGO, reviewed China’s involvement in coal power projects in 65 countries participating in the Belt and Road Initiative, it discovered that between 2001 and 2016 China had invested in 240 coal power plants along the BRI, with a total generating capacity of 251 GW. Most were not the advanced installations that China was building at home.

Kelly Sims Gallagher, professor of energy and environmental policy at Tufts University, points out that of 50 Chinese-financed, coal-fired power plants constructed overseas between 2001 and 2016, 58 percent used low-efficiency, sub-critical coal technology. Together, they would release nearly 600 million metric tons of carbon dioxide a year, equivalent to 11 percent of total U.S. emissions in 2015.

The AIIB estimates (PDF) that 460 million people in Asia still lack access to electricity, and coal advocates in participating Belt and Road countries such as Pakistan, Indonesia and Bangladesh still argue that coal is a cheap way of meeting urgent energy needs. It is an argument many Chinese analysts also still support, despite China’s domestic difficulties with coal.

But even leaving aside the damage that coal does to the environment and to human health, the economic case for coal has become progressively weaker as the cost of renewables falls. Today, building new coal plants carries serious financial as well as climate risks.

According to a new report from Carbon Tracker, which used satellite data to estimate power plant activity, two-fifths of China’s coal power stations are already loss-making and China could save nearly $390 billion by closing them down. By 2040, they estimate, 95 percent of China’s coal plants will be loss-making, through a combination of a rising carbon price and clean air regulation. As soon as 2021, they say, it will be cheaper to build new onshore wind farms than to operate existing coal plants, and installing new solar PV will be cheaper than running coal plants by 2025.

China’s power companies, with their large fleets of coal-fired power stations, are carrying a high risk of stranded assets: Carbon Tracker put this risk as high as $66 billion for China’s National Energy Investment Group, the world’s largest power company, equivalent to half its total capital.

Now, by building new coal plants along the Belt and Road, China is creating similar risks for the countries that host these projects, risks most of them can ill afford. If these new coal plants continue to operate, they will they make it much more difficult for poor countries to meet their climate goals under the Paris Agreement, and, far from offering a cheap energy option, they will become a financial burden either to the governments or consumers, even as these plants lock out cheaper and cleaner alternatives. China may be pursuing eco-civilization at home, but it urgently needs to address the global risks it is creating in the Belt and Road Initiative. 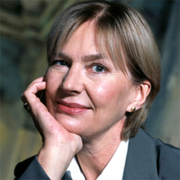 See all by Isabel Hilton