Citigroup may find itself in a bind after the Federal Reserve recently rejected the nation's third-largest bank's capital plan as part of the regulator's "stress test," requiring stricter risk-management and control practices after the financial crisis of five years ago.

However, another key risk — our changing climate — may have been overlooked. Citi's ambitious three-point climate resilience strategy to deal with a likely increase in intensity of climate-related events worldwide is actively addressing those risks. With business in over 160 countries, Citi needs to think globally.

In its 2013 Global Citizenship Report (PDF) released last week, the bank wrote that it had surpassed its 10-year goal of directing $50 billion to "activities mitigating climate change, including financing for renewable energy and energy efficiency and investments in the greening of Citi's operations [and] met our 2015 operational environmental goals for greenhouse gas and waste two years early, reducing our emissions by 25 percent."

Said Bruce Schlein, Citi's director of corporate sustainability, "Our energy efficiency efforts — many in collaboration with for-profit companies, NGOs and government entities — are designed to help reduce carbon and other emissions from all energy sources."

Energy efficiency finance is one of the three prongs of Citi's climate resilience plan, which also includes operations preparedness and risk management. 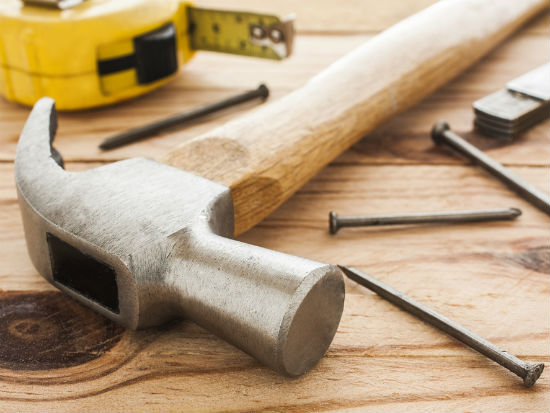 Indeed, Citi's recent announcement of the latest development in the energy efficiency/renewable energy "product and services" prong of its resilience plan — Warehouse for Energy Efficiency Loans, or WHEEL — in conjunction with partner Renewable Funding propels the bank further along its climate resilience path. WHEEL backs state energy efficiency loans, using public funds to lower the interest rate of the loans, thereby reducing investors' risk and decreasing the cost for homeowners.

WHEEL follows on the heels of the Kilowatt project announced in January. Again with a for-profit partner, Kilowatt Financial, Citi financed a $100 million debt facility, pooling loans to allow homeowners to make energy efficiency improvements at a far lower rate by securitizing the pooled loans in the capital markets.

"What's significant about these deals is that they help establish energy efficiency as an asset class, facilitating the flow of more and cheaper capital to energy efficiency and greater potential for scale," said Schlein. That eventually translates into less carbon emissions.

Citi's approach to climate also includes managing its own operations to ensure they can run under environmental stress. Those operations, on which consumers, businesses and international relief agencies rely for money to pay for invaluable resources, such as water, must endure even worst-case scenarios.

"Climate does play a role in the way we locate and build our facilities," said Magliano. "Sandy is a perfect example. The New York-area facilities were heavily affected, and we've learned a number of lessons. 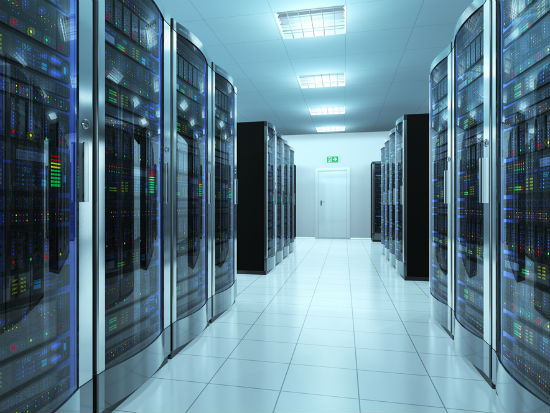 "One of our key facilities in downtown Manhattan, 111 Wall Street, was flooded with over a meter of water, shut down and out of commission. It was damaged to the point where it couldn't be reopened for over six months. That building houses a couple thousand employees, mostly working in technology.

"And we had other facilities in the line of fire. Our building at 390 Greenwich Street houses a big data center and trading operations. The place could run, but we had flooding in the basement and water right up to the edge of the building. Our data center in New Jersey located near a river likewise had water infiltration."

Magliano manages Citi's portfolio of real estate housing technology — everything from large data facilities down to smaller server rooms — all over the world, setting standards for how the company builds and operates critical facilities.

One lesson from Sandy is that where equipment is inside the building may be as important as where the building itself is situated.

"The loss of 111 Wall Street and other impacts elsewhere opened our eyes to be better prepared next time to new and existing conditions," Magliano said. "From a facilities and infrastructure perspective, one thing we would do differently is we don't want to have all infrastructure in the basement. All our electrical switch gear is there, and we had over a meter of water, which destroyed all the utilities switch gear.

"It cost millions in damages, and reconstruction was in the tens of millions. So we're trying to elevate those.

"We're also considering how to better prevent water infiltration. 111 Wall Street already had flood gates in response to a Nor'easter that had flooding effects. Afterwards, Citi installed sort of submarine barriers, on the lower sides of the building near NYC's East River. And in the basement we installed submarine doors with inflatable tubes to keep out the water and make a seal."

Even so, "too much water went over the tops of those gates," Magliano said.

The bank's combined experience of Sandy in its own operations and its work in energy efficiency and developing new asset classes has informed its environmental and social risk management strategy to better understand clients' potential risks, especially in sectors considered particularly vulnerable. 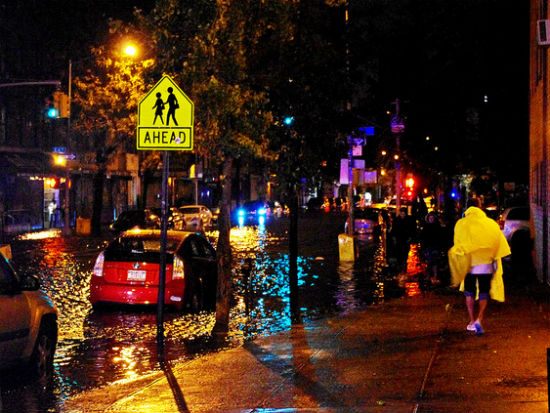 "Our own direct operations experience with disasters and technology expertise helps inform both the products/services and risk management buckets," said Schlein. "That experience makes it real and helps the organization understand the ramifications and how it would be important to our clients," especially as a lender in New York.

That first-hand experience reflects "what's happening in the financial sector broadly," said Courtney Lowrance, director in the environmental and social risk management team, which is part of the bank's overall risk management division.

That team reviews transactions that come with environmental and social risk. "Climate has been a hot topic in the past few years, and since Sandy it's been even more elevated," Lowrance said.

She added that, as most banks have similar teams, they collaborate on emerging issues, such as climate adaptation or resilience, through initiatives such as the Equator Principles or the UNEP Finance Initiative.

"One challenge historically is that the documents don't include a robust risk assessment of climate change. Financial institutions are trying to change that," Lowrance said. "The consulting sector writing the EIAs [could] take a two-step process to include climate risk. One is they can use global climate models that are statistical models that the IPCC draws on, and develop scenarios for project site and sea levels in the future. But that's not part of current practice now," mainly because historically the focus has been "on the impact of that project on the environment, instead of the impact of the environment on the project" that comes with climate risk. 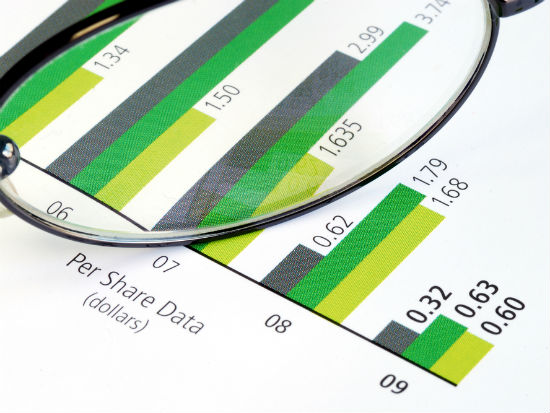 "We're making progress, but there's a lot to be done," Lowrance said. "Since Sandy, one thing we've been doing that's new is looking at portfolio-level reviews of particular sectors. Some sectors have higher vulnerability to climate change, especially the building sectors in coastal areas, agriculture and power and energy, which rely on water input, and so are especially vulnerable to climate change, as in the southwest US, where there's a drought."

Lowrance added, "As an environmental specialist, I think it's important to look at natural infrastructure and the services it provides. So if a building is going up on the coast, I'd want to see that dunes or other natural structures stay in place" as protection.

"We hope that through environmental impact assessments we can change not just the design [of a project] but also ensure that services provided by habitats or natural environments are more integrated into project design."

The social risks from climate also must be evaluated.

"Part of what we look at in an EIA is a description of ecosystem services provided at the project site," Lowrance said. "Those are systems nature provides to people. If you impact those ecosystem services, you impact human populations. So one thing we look at is communities near a project, and we evaluate two things: first, dependence of the communities on those services — for instance, do they depend on the river for drinking water? And secondly, does the project depend on those services? If a power project is [built] on the river, will it compete with people's needs in terms of water?

"So we definitely look at the social issues as well, and that's mainly through the lens of ecosystem services. That will become more important as people become more aware not just of climate change but also of the services nature provides."

Much of Lowrance's work is in the developing world, where Citi also has operations and portfolios. "We see the most vulnerability to climate change in the poorest countries," she said. "I think they have to build the resilience of those poor places and often don't have resources to do that. And part of resilience is protecting the environment.

"In my view, the best solutions are natural."