By January, New York’s Westchester County will procure clean energy for around 75,000 of its residents, according to Glenn Weinberg, manager of special projects at Joule Assets.

Over 15 municipalities are banding together to aggregate their demand for cleaner power sources and lower their energy bills through competitive bidding.

This demonstration project is the first implementation of community choice aggregation (CCA) in the state and will serve as a model for local energy control in New York’s Reforming the Energy Vision initiative.

CCA is a hybrid between private utility service and complete municipal or public control. In states with competitive electricity markets, CCA enables local communities to gain control over their electricity sourcing.

The local utility company still delivers transmission, distribution and billing services. By pooling demand, the community negotiates competitive rates and fixed price contracts on behalf of its citizens. Unlike public utilities, community choice aggregators do not own generating assets.

With CCA, buying local renewable power can be affordable and provide a source of pride for local communities. On the other hand, it also can result in little to no clean energy purchasing, as has been seen in CCAs in Illinois and Ohio.

Sustainable Westchester, the nonprofit group implementing the pilot program, is leading extensive community engagement to ensure that its CCA will serve as a model for addressing consumer fiscal concerns and achieving a historic level of renewable procurement and generation in the county.

This model for local power procurement, which has existed since 1997, is spreading slowly across the United States. It is often used to support renewable energy.

How is the demonstration project playing out? How could CCA grow and evolve in New York and beyond?

The turtle and the hare

Paul Fenn wrote the original community choice aggregation bill in Massachusetts in the mid-1990s. He is now the founder and president of Local Power Inc.

"I was interested in how to bring cities into a controlling position," Fenn said.

With CCA, communities could bring local public criteria to defining energy services and get away from the short-term discount mentality.

The market was dominated by proponents of regulation or deregulation, but there was not a lot of interest in cities, Fenn said: "Community choice was still a side show to deregulation — it was the turtle and the hare."

After passing the bill in Massachusetts, Fenn returned to his home state of California and wrote the CCA bill that passed in 2002 in the wake of the electricity crisis.

This model for local power procurement, which has existed since 1997, is spreading slowly across the United States.

In 2009, Illinois, the most recent state to authorize CCA, emerged on the scene. Illinois is also the largest participant to date both in terms of number of accounts and amount of renewable procurement.

Utah and Minnesota both enacted legislation to conduct studies of aggregation implementation in 2014.

NREL estimates renewable energy sales by CCAs totaled 9.3 million MWh of renewable energy in 2013, dominated by sales in Illinois. The number of customers in 2013 participating in CCAs that source renewable energy totaled around 2.4 million, of which Illinois accounts for 2.1 million.

Most CCAs employ an opt-out participation model where local residents are part of the aggregation by default and can opt out.

This advantage exists because opt-out programs tend to have higher success rates than opt-in ones. According to the NREL report, "The lowest participation rate for opt-out [CCA] programs that offer a renewable-energy component is around 75 percent compared to the highest participation rates in the low twenties for the most successful opt-in utility green-power programs."

Rates for renewable energy procured in CCAs varies, yet programs have achieved savings of up to 20 percent and offered 100-percent-renewable options at a slight premium. Marin and Sonoma counties, pioneers of CCA in California, have programs that contain 33-50 percent renewable energy at a minor discount.

Illinois CCAs procured energy with 25-100 percent renewable content at a discount because utilities had been locked into high-priced contracts.

Now, with the fourth most populous state piloting community choice aggregation, the turtle might be picking up speed.

New York authorized Westchester County to implement the CCA pilot program in February. Sustainable Westchester had submitted a petition to the state Public Service Commission supported by 40 communities in Westchester County — nearly all of the towns, villages and cities in the county.

The group has held over 40 public hearings and around 120 meetings, according to Mike Gordon, co-chair of Sustainable Westchester. Gordon is also CEO of Joule Assets, a financial services firm for energy efficiency and demand response initiatives, and is a veteran of the demand response industry.

What will it take to implement the pilot in Westchester?

Besides the community engagement and leadership from Sustainable Westchester, Gordon said there are two critical components to making CCA happen. The first part is the volunteer legal team. Several municipal lawyers have been very engaged.

The second part is the procurement process. The nonprofit has benefited greatly from local procurement experts and support from firms nationally. One of these companies has been Good Energy, a firm specializing in CCA programs.

On Sept. 18, Sustainable Westchester hit a major milestone in the implementation process by submitting the request for aggregated energy information from the utility companies for the 16 municipalities that have adopted the local law so far.

This information is needed for the next major step in the process — putting out the energy procurement bid to suppliers. Gordon said he hopes that the nonprofit will go out to bid in October and be serving customers by Jan. 1.

The pilot program is intended to serve both residential and commercial customers and will aggregate both electric and natural gas purchases.

Gordon said the nonprofit is speaking to two critical concerns within the community through the program — consumer savings and clean energy. On the consumer side, they are focused on signing a contract for a three-year fixed-price product that is less than the trailing one-year average price for electricity.

This product may or may not have an increased percentage of renewable energy in the mix, but it will offer a competitive price and stability.

The second option will speak to the sustainability concern with a 100-percent renewable-energy option. This option is being called the "opt-up" rate.

The nonprofit will not choose the default until it receives bids and selects its suppliers. However, the organization anticipates the most likely outcome will be the lower rate rather than the 100-percent-renewable option.

If this occurs, the nonprofit will lead a campaign to encourage citizens to choose the opt-up option.

Sustainable Westchester is particularly excited about a local generation discount feature that will be included in the 100-percent-renewable product. Customers will receive a rebate as more local solar electricity is produced in the county.

"We’ll tell residents: it’s in your control. Your rebate is dependent on community solar. You can make that increased solar penetration happen and that will lower your electricity price," Gordon said.

Communities throughout New York in locations such as Sullivan, Ulster, and Monroe counties are keeping an eye on the Westchester pilot.

What does Gordon think the utility perspective is toward CCA in New York?

"I think they see the business opportunity for microgrids in collaboration with the community aggregator. There is a value for utilities in shedding peak load — and Sustainable Westchester could help facilitate that in our community," Gordon said.

Complementary to CCA, Westchester County was granted 13 of 83 feasibility studies for microgrids granted by the NY Prize. Sustainable Westchester has big visions for how the county will combine microgrids, community aggregation, demand management and community solar generation to create a dynamic local energy market. The goal is to achieve 100 percent renewable adoption by 2020.

"We have a very different energy market here in New York. California lessons for CCA aren’t New York lessons. But what CCA can do anywhere is open up your imagination to the potential of local renewable penetration," Gordon said.

To Fenn’s dismay, once many CCAs formed, the local entities reverted to the old paradigm of prioritizing short-term discounts for customers instead of clean-energy procurement and demand management.

"I realized it’s not as simple as giving it over to community control and hoping it will automatically produce the right outcome. You have to frame it right," Fenn said.

"Community aggregators used to only be supply-centric," Fenn said. "Now they are also looking for demand-side benefits that only clean energy finance can deliver.”

In addition to financing mechanisms, they focus on the need to build local planning capacities. They also emphasize developing confidence in municipalities and counties to plan these comprehensive energy transitions.

Fenn said he sees the real value of the CCA mechanism as "a tabula rasa effect to portfolio planning that utilities don’t enjoy."

"CCAs don’t have the financial conflicts with reducing demand or a legacy asset problem. The CCA has no reason not to move to a 2.0 energy model," Fenn said.

In the context of New York’s REV initiative, Sustainable Westchester’s community choice aggregation model is significantly more ambitious and comprehensive in scope than the version of the late 1990s and 2000s.

Sustainable Westchester and multiple partners are developing a "CCA in a box" product to enable New York communities to learn from their pilot. Gordon acknowledges that each CCA will have its own local flavor and be suited to the preferences of the town.

"The level of local engagement and commitment we have here in Westchester — I am not sure it’s replicable elsewhere," Gordon said.

Will other communities rise to the challenge? Stay tuned. 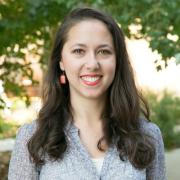 See all by Lea Lupkin