Last Friday, Michigan's two largest electric utilities, DTE Energy and Consumers Energy, announced plans to meet half of their load by 2030 with renewable energy and efficiency technologies. Their commitment is the latest example of utilities recognizing the value these technologies provide to their customers, and often to their shareholders, as well as to the environment.

The effort to develop a portfolio of at least 25 percent renewables and to meet the remainder of the 50 percent of load with efficiency technologies marks a big move away from relying on power plants burning fossil fuels to meet Michigan's energy needs. Thermal plants — burning coal, natural gas and nuclear fuel — produced more than 90 percent of the state's electricity as recently as February, according to the U.S. Department of Energy. DTE and Consumers are among the latest U.S. utilities to capitalize on an opportunity to change this reliance on thermal energy, likely at a net cost savings, by embracing resources such as renewables and efficiency.

Michigan as a microcosm of the national utility landscape

Across the U.S., about 50 percent, or nearly 500 gigawatts, of operating thermal capacity will reach retirement age by 2030, requiring new investment. Rocky Mountain Institute estimates that replacing these retiring plants with new natural gas plants would require about $500 billion of investment through 2030 and that this investment would commit customers to another $400 billion–$500 billion in fuel costs and 5 billion tons of carbon dioxide emissions in the same period.

However, a growing body of evidence suggests that states and countries that minimized the construction of new thermal capacity, and instead replaced old, costly fossil fuel-fired generators with renewables (PDF), efficiency, demand flexibility and battery storage have found that these resources can provide the same or better services at lower costs.

States and countries that replaced fossil fuel-fired generators with renewables, efficiency, demand flexibility and battery storage have found they can provide the same or better services for less.

DTE and Consumers are not alone in recognizing this fundamental shift, as public demand for clean energy development increases and the economics of these technologies become too compelling for power producers to ignore. PacifiCorp this month unveiled a 20-year plan to replace retiring coal plants with renewables, efficiency and demand flexibility — while building no new thermal generation capacity. In New Mexico, the state's largest energy provider said it will stop using coal as a fuel source by 2031 and instead meet that demand, at least in part, through a greater use of renewables. And Xcel Energy in Colorado has proposed a plan (PDF) to retire significant coal capacity and generate 55 percent of its energy from wind and solar by 2026, likely at net cost savings to customers due to the shockingly low bids for wind and solar received in response to the utility's request for proposals.

A new opportunity in the Midwest

Meeting the Michigan utilities' new goal could come with significant cost savings for the state's customers. RMI's new report, "The Economics of Clean Energy Portfolios," shows that because of the continuing cost declines of both renewable energy and distributed energy resource (DER) technologies, "clean energy portfolios" that combine the two often can be developed at significant net cost savings, with lower risk compared to building new gas-fired generation and zero carbon and air emissions.

The proposal, while saving money for customers, also could prove to be better for DTE’s and Consumers’s shareholders than continuing to rely on fuel-dependent generation. Because investor-owned utilities such as DTE and Consumers typically earn returns on capital invested, not fuel burned, choosing to prioritize investment in resources such as wind and solar that burn no fuel can be a win for both customers and shareholders, not to mention the environment. Xcel Energy's "steel for fuel" strategy in both Minnesota and Colorado is evidence that returns-seeking utilities can play a major role in driving a transition to a cleaner energy future, while also driving customer savings.

Next up: turning away from new natural gas-fired generation

While the news from Michigan last week is encouraging, there are still many opportunities to accelerate the energy transition using renewables and distributed energy resources in the Great Lakes State. For example, DTE just got approval from the Michigan Public Service Commission to build and recover its costs for a new $950 million gas-fired power plant, which will lock in costs and emissions for customers for decades to come.

DTE just got approval to build and recover its costs for a new $950 million gas-fired power plant, which will lock in costs and emissions for customers for decades to come.

The results of RMI's new analysis suggest that building the proposed plant is likely not the most cost-effective strategy for meeting the state’s evolving energy needs; rather, the analysis found that portfolios of renewable and distributed energy resources are already cost-effective compared to new power plants of the type proposed by DTE. In addition, the report found the new-build costs of clean energy portfolios are falling quickly, and are likely to beat just the operating costs of efficient gas-fired power plants such as the recently approved DTE plant within the next two decades. This means that DTE's customers, or perhaps its shareholders, face a significant risk that investments in projects such as this could be stranded, sooner rather than later.

Progress on clean energy across the country

The news last week out of Michigan is the latest example that shows that the U.S. energy grid is changing, as clean energy technologies such as renewables and DERs increasingly outcompete fossil fuels while also providing more customer choice and flexibility to grid operators. By investing in these increasingly cost-effective resources, utilities such as Consumers and DTE increasingly can serve the best interests of both customers and investors, and drive the transition to a future grid that is equally reliable, less costly and much less risky than the current paradigm. In keeping with its state motto, "If you seek a pleasant peninsula, look about you," it’s clear that good things are happening in Michigan. 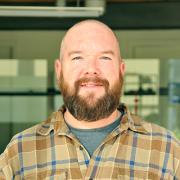 Utilities should consider these creative tools to speed system decarbonization

See all by Todd Zeranski