From Texas to Minnesota to California, the power rankings are in.

Our cleanest cities provide powerful lessons in how to transition to clean energy, while growing a city economy and providing better services to citizens. All of these cities improved their renewable energy generation, energy-efficient buildings, government, equitable communities and transportation. The success of these cities, and the ranking of all major U.S. cities is detailed by American Council for an Energy-Efficient Economy (ACEEE). The highest ranking U.S. cities are:

In the face of our climate crisis, most of these cities have ambitious plans to become carbon neutral with zero net greenhouse gas (GHG) emissions. These cities plan to generate all electricity with renewables. At the same time that wind and solar power are being massively deployed, buildings and people are becoming more efficient, requiring less electricity.

Getting to 100 percent renewable electricity, however, does not cut even half of a city’s GHG emissions. Buildings typically use natural gas (methane) for heating, cooling, hot water and cooking. Vehicles spew emissions by burning gasoline, diesel, natural gas and other fossil fuels. To take advantage of renewable electricity, buildings and transportation will need to be all electric and efficient.

It is a pleasure to write about the top four cities since I formerly lived near Boston, I now live in San Francisco, I have conducted workshops in Seattle and my wife was born in Minneapolis.

Boston outranked all other U.S. cities in the scorecard. Boston plans to be carbon neutral by 2050. Boston buildings are far more energy efficient than most. The Massachusetts Stretch Energy Code mandates efficiency. Buildings greater than 50,000 square feet must report annually on energy use and efficiency progress, such as achieving LEED or Energy Star certification.

The city partners with Mass Save to fund training for builders, contractors and inspectors.

Stroll the historic streets of Boston and you will see over 800 green buildings with LEED certification. All use efficient lighting, insulation, heating and cooling. Many are mixed use near transit. Some are unique, such as the Boston Public Market, which showcases local sustainable food.

Because 67 percent of Massachusetts energy is from gas (methane), Boston is challenged to become carbon neutral. Offshore wind will play a major role. Looking at its success in Europe and nearby Rhode Island, Massachusetts has mandated offshore wind development; the 800 MW Vineyard Wind project is underway. The 84 turbines will be 14 miles offshore, not upsetting anyone’s views.

Boston outranks most cities in using electric and hybrid vehicles in its government fleet. To encourage citizens to switch to electric cars, all parking structures must equip 5 percent of spaces with EV charging, and have an added 10 percent wired to be EV ready. The compact city of 48 square miles (of land) makes it easy to get everywhere by walking and using transit.

San Francisco was No. 2 on the scorecard and No. 1 in transportation. San Francisco promotes 0-80-100-Roots Climate Action: zero waste by 2020, 80 percent of trips made sustainably by 2030 and 100 percent of electricity from renewables by 2030. Five thousand tech companies have driven growth in the San Francisco Bay area, yet San Francisco's emissions are 30 percent less than in 1990.

San Francisco is likely to achieve its goal of 100 percent renewable energy within 10 years. It has long promoted solar roofs and energy efficiency.

Urban density helps. In equal square miles of land to Boston, most places in San Francisco can be reached by walking, buses and commuter rail. San Francisco is home to Uber, Lyft and a variety of last-mile solution providers offering shuttles, e-bike and scooter sharing. San Francisco fast-track approves mixed-use buildings near transit by establishing Priority Development Areas (PDA) where fewer development approvals are needed. Endless reviews, which stretched to eight years added cost and uncertainty to developments, are streamlined to less than two years. To help address its crisis of expensive housing and homeless, no parking spaces are required. San Fransisco is a leading city in transportation mode shifting, rather than only driving.

Seattle generates virtually all electricity with renewables thanks to its leading utility, carbon-neutral Seattle City Light, and thanks to having 8,000 solar buildings. Like many great cities, Seattle is leading, not waiting for the federal government, to deal with climate change. In August, the Seattle mayor and city council resolved to reduce GHG emissions 100 percent by 2030 with a Seattle Green New Deal.

Amazon, Seattle’s largest employer, announced plans to order 100,000 electric delivery trucks, making home delivery far lower in carbon emissions than individuals driving to stores to pick up goods. Amazon has committed to meet the Paris Agreement 10 years early. It has over 50 solar rooftops and is a major buyer of wind, solar and other renewable power globally.

Seattle is home to the Bullitt Foundation whose president Denis Hayes states, "Tomorrow’s cities will consist of ‘living buildings’ inside vibrant, resilient neighborhoods all connected by super-efficient transportation links. Today’s living buildings, like the Bullitt Center, represent efforts to learn from nature how to exist comfortably and productively in a particular environment, making the least possible demand on resources." The Bullitt Center helps organizations globally go beyond net zero. Its six-story headquarters building with integrated solar generates 60 percent more energy than it uses.

The report is sponsored by the American Council for an Energy-Efficient Economy. If you use different sustainability criteria, the ranking order would differ, but the top cities likely would be these.

Minneapolis jumped from seventh to fourth in the 2019 Scorecard. Minneapolis aspires to reduce GHG emissions 80 percent by 2050. New energy policies for existing buildings were key to Minneapolis jumping ahead of green cities such as Washington, D.C., and New York City. Also, energy use must be disclosed anytime a home is sold or apartment rented.

Xcel, the region’s largest utility, is moving away from coal, Minnesota’s largest source of electricity. Thirty percent of electricity is generated by wind, hydro and solar. Offshore wind on the Great Lakes has the potential to replace all coal power in Minnesota.

Like all cities, Minneapolis needs to leverage its own funds. Using $10.6 million from the Affordable Housing Trust, the city attracted $188 million more in public and private funds to build 764 units of affordable multifamily rental housing.

The report and scorecard

It is not surprising that these cities scored at the top, because they excel in energy efficiency, transportation efficiency and policies that promote efficiency. The report, after all, is sponsored by the American Council for an Energy-Efficient Economy. If you use different criteria for sustainability, the ranking order would differ, but the top 10 cities likely would be these. For anyone, the free Clean Cities report, at 282 pages, is a valuable reference. As cities innovate, we can learn from their successes and from policies and actions that did not work.

For this post, I included specifics about renewable energy not in the Clean Cities report. For these cities to reach their carbon neutral aspirations, they need both efficiency and renewables.

Efficiency is a key to shifting to renewables, improving buildings, mobility and city living. It is easier to power a city that only needs one gigawatt, not 10. As RMI founder Amory Lovins taught us, the easiest watt to generate is the negawatt. 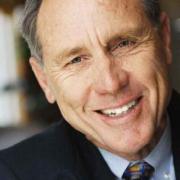