There is mounting evidence of the impact of climate change on human habitat and health, on plant and animal life, on water resources and shorelines. These changes are felt unevenly within — and between — nations and communities. This is due to differences in access to resources, infrastructure, social structure and government policy. Climate change is, and will continue to be, most severely felt by the poorest people in any population, particularly those living in poorly resourced, isolated and extreme environments.

But extreme weather events, famine and epidemics are not how people most commonly experience climate change. Rather, the unprecedented peaks in temperature across the world affect the conditions of everyday life in subtle ways. This is particularly true among people with fewest resources.

For example, people who live in poorly constructed houses and shacks, often without ventilation, and in old inner city dwellings are at heightened risk of heat-stress health problems that can be fatal. These include dehydration, heat stroke and asthma. In Africa, people living in cramped housing in informal settlements, and those in run-down inner city apartments, are most at risk. And, where there is no ready access to potable water, their health is at an even greater risk.

The effect of global warming on illness and death is the hardest to predict in terms of health conditions and deaths. But researchers are beginning to identify the biggest potential risks, particularly for developing countries.

A few examples illustrate how changes in weather patterns can have a negative impact on the world’s ability to manage diseases.

For example, in the absence of vaccines, infectious diseases such as malaria largely have been controlled by managing the environment better. But this is complicated by changes in ambient temperature, temperature ranges, changes in precipitation and water flow. All affect the geographic habitat and behavior of vectors, such as mosquitoes and snails. This, in turn, is making to harder to deal with infections such as malaria, dengue and schistosomiasis.

Changes in rainfall patterns and increased drought are likely to affect water supply. Lack of water for household use and personal consumption affects hygiene and sanitation, contributing to the risk of water-borne diseases such as dysentery. Again, people who don’t have ready access to running water and those who live in run-down and crowded accommodation are especially at risk.

Changes in water supply also can affect commercial food and subsistence production. This, in turn, affects food security and the price of food.

Social, economic and structural factors also shape health risks, exacerbating environmental exposures and risk factors for health and illness. This is particularly true in Africa, where many of the top 10 causes of death are linked, one way or another, to the environment.

In 2016, most of the top 10 causes of death by the World Health Organization were associated with physical, work and social environments. How this unfolds is particularly clear if we look at South African statistics on the top 10 diseases affecting the country.

One is diabetes. The disease is strongly linked to nutrition, food availability and affordability. This means that, in most populations that have become dependent on purchased food, diabetes tracks poverty. A range of diseases are closely associated with diabetes and share strong links to diet and nutrition. These include cerebrovascular diseases, other forms of heart disease, hypertensive diseases and ischaemic health disease, including strokes and heart attacks.

In 2016, most of the top 10 causes of death by the World Health Organization were associated with physical, work and social environments.

Influenza, pneumonia and tuberculosis are also in the top 10. All are airborne infections, with the risk of these conditions highest among the very young, old, and people with HIV or other immune-mediated conditions. For its part, TB spreads in closed environments.

Chronic lower respiratory diseases include chronic bronchitis, emphysema and asthma and occur as a result of toxins, chronic infection and inflammation. Cigarette smoke is the primary factor, but industrial pollution and occupational health hazards contribute to this toll.

Many of these conditions are linked to the environment in a very direct way. Water, sanitation, crowding and poor ventilation, and indoor and outdoor air pollution — from cooking and heating, manufacturing and the use of fossil fuels in transport — all contribute to continued high rates of lower respiratory infections and diarrhoeal diseases and lung cancer.

The WHO draws attention to decreased exposure to environmental health risks with increasing socioeconomic development. But we cannot wait for this to be resolved without active steps being made. Financial resources, research and development through collaborations with universities and corporations have been set aside to develop new, affordable technologies to diagnose disease and to develop drugs to intercept the development of the disease.

While these investments will continue, more needs to be done. To reduce deaths and disease associated with climate change, governments and communities must address global warming. 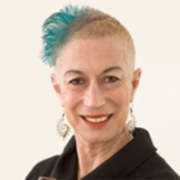 See all by Lenore Manderson