This is an excerpt from "Rainforest: Dispatches From Earth’s Most Vital Frontlines" by Tony Juniper. Copyright 2019 by Tony Juniper. Reproduced here with permission of Island Press, Washington, D.C.

Conservation of the rainforests is far more likely to succeed when smallholders are empowered to do sustainable farming.

The large-scale loss of tropical rainforest can have dire impacts for local farmers — including the hundreds of millions of smallholders who, despite their poverty, produce more than half of the world’s food calories. This was brought home to me in 2016, when I visited Ivory Coast and traveled to the village of Asabliko, about 20 kilometers down a dusty mud track from Méagui. I had gone there to speak with farmers who, as well as food crops, produced the country’s biggest export commodity, cocoa. Tens of thousands of Ivory Coast farmers are employed in cocoa production and the country as a whole produces some 1.65 million tonnes per year — about a third of global supply.

Asabliko was surrounded by little plantations of cocoa trees, as was the rest of the landscape for miles around. The squat trees, cultivated to about 5 meters tall, were tended by farmers with just a couple of hectares each. The big pods bearing cocoa beans don’t grow on twigs like most other fruits on trees, but directly from the trunks and large branches. As we walked between the trees one of the farmers explained that when the pods turn yellow they are ready for harvest and that each yields about 40 beans, enough to make 50 grams of dark chocolate. Between the village huts, grass mats lay all about in the hot midday sun, covered with the reddish-brown beans being dried ready for bagging and shipping. Meantime, smoldering heaps of pods were being converted into charcoal to cook with.

As Ivory Coast’s population grew, so demand for land upon which to produce this vital cash crop intensified. Asabliko lay about 5 kilometers from the border of the Tai Forest National Park and the community is one of several hundred that will determine whether that last large area of intact rainforest will survive. Cocoa trees are tropical rainforest plants and their natural habitat is in the understory beneath a canopy of taller trees. Planting in the last areas of rainforest was thus quite an attractive prospect for land-hungry farmers.

Tens of thousands of Ivory Coast farmers are employed in cocoa production and the country as a whole produces some 1.65 million tonnes per year — about a third of global supply.

Today cocoa is grown right around the world in the wet tropical regions close to the equator, with conditions in the rainforest belt of West Africa being particularly suitable — at least until quite recently. For over the past couple of decades the climate has been changing, with hot, bone-dry winds coming from the Sahara, unlike those which normally came from the sea bringing rains that are recycled back into the atmosphere by the dense coastal rainforests. This is not good for cocoa production.

I sat beneath the shade of a small wooden communal building with a group of 20 farmers. Coucals, hornbills and weaver birds chirped, cooed and chinked from nearby scrubby forest and big shady trees in the village. But the sense of rural tranquility was lost as soon as the farmers told me their stories. The area had been hit by drought of unprecedented severity and the soil fertility had seriously declined. Yields had been poor and had been hampered, one of the farmers added, by varieties of cocoa trees that were susceptible to disease. The farmers were all in agreement, though, that the main problem was the erratic rainfall. For the first time it hadn’t rained for four months. No one had seen that before, including the village chief, who was by far the oldest person there. Not only had this hit the cocoa harvest, but also the food the people grew to eat in their gardens around the village.

The farmers lived in a highly vulnerable situation. There was no river nearby from which to draw water for irrigation, and even if there was there wouldn’t be money to build the canals and pumps needed to harness it. Like hundreds of millions of smallholder farmers across the tropics, and especially in Africa, they relied on rain. The more erratic that became, as it was becoming across so much of the continent, the more precarious became their position.

I asked why they thought it had become so dry and they answered almost as one: "Because the forests have been cut down." They knew, too, that it was the expansion of farming that had caused the deforestation. I asked what could be done.

"Plant more trees," came one reply; "put the forests back," added another. The farmers said that if they didn’t see improvements they wouldn’t be able to make a living and they’d have to leave, to seek work in Abidjan and other cities. Some of the younger ones might be tempted to head north and risk the journey across the Sahara toward Libya and from there to Europe across the Mediterranean.

Not only had this hit the cocoa harvest, but also the food the people grew to eat in their gardens around the village.

One of the cocoa growers, Amani Kwasi Unzui, a man in his mid-50s, told me that he’d been in the cocoa business for 39 years. He said that he could once make a reasonable living, but now it was a real struggle. He had an unusually large holding, a third of a square kilometer of cocoa trees, but even with such a comparatively large farm he’d struggled to survive. He explained that when he’d started out as a cocoa farmer there was much more forest and it often rained three times a day. No longer. I asked why the forest had gone. "It’s because there is more farming, because there are more people." As the cocoa farmers talked of the dry winds coming from the north and landward direction, how droughts were the result, and the impact of that on their livelihoods, it was hard not to reflect on how their local wisdom was being corroborated by new science on the role of rainforests in generating rain.

All the major rainforest regions are different in how their progressive clearance might affect regional and wider rainfall regimes, but climate modeling suggests that deforesting West Africa (a process largely complete in Ivory Coast, Ghana and Nigeria) could reduce regional rainfall by 40 to 50 percent. With that in mind, one might expect that at the center of discussions about how to sustain food supply in face of rapid global change might be strategies to stop deforestation. As famines, drought-driven shortages and higher food prices have during the last decade led to more widespread hunger for the poorest people, the question of how to feed the 9-billion-plus global population expected by 2050 has been increasingly on the agenda. But, while the U.N. Food and Agriculture Organization (FAO) has estimated that food output needs to rise by an estimated 70 percent by 2050 (PDF), compared with 2005 to 2007, little attention has been devoted to how such a vast increase in output must embrace a strategy that conserves and restores forests. It’s a strategy that would be wise to pursue in relation to energy security too.

When I talked to officials at the Tai Forest National Park in Ivory Coast they told me that its successful preservation was not so much about enforcing that boundary that I’d walked along with armed security, but more livelihoods and education. These, they felt, were key to holding the rainforest front line. I recalled research on the relationship between female literacy and family size, and how data showed that when women were educated, they tended to have fewer children and better incomes. Out there by the forest, where people lived in grinding poverty and whose large families led to increasing demand for farmland, it seemed like a very logical priority. I was encouraged to find that this was the aspiration not just of the man responsible for a National Park but for the world’s largest chocolate company: Mondelēz, whose many brands include Cadbury’s, Côte d’Or and Toblerone.

As well as major companies, the Ivory Coast government had an interest, for if cocoa declined as an export crop and a source of employment, then civil unrest could follow.

In 2012 Mondelēz launched an initiative called Cocoa Life, through which it would invest some $400 million in supporting 200,000 of its cocoa farmers across the tropical rainforest countries of Ghana, Indonesia, India, the Dominican Republic, Brazil and Ivory Coast. In Ivory Coast $100 million was allocated to assist 75,000 people in cocoa-growing communities. In addition to support for education, farmers were helped to improve yields and earn higher incomes, while at the same time sustaining the landscape in which the cocoa was grown, including the remaining rainforests. The idea was to strengthen communities and thus make cocoa a more attractive business for young people. It was an attempt to implement a truly integrated agenda and there was a clear business case for doing it, even for a profit-driven multinational.

The company had realized that if in the years ahead there were fewer farmers wanting to grow cocoa, then the company’s chocolate business would be at risk. It would also face uncertainty and rising costs if deforestation led to the kind of long droughts that had recently caused yields to fall.

As well as major companies, the Ivory Coast government had an interest, for if cocoa declined as an export crop and a source of employment, then civil unrest could follow. Adoulaye told me that he was confident that the deeper and more fundamental pressures on the forests could be brought under control if only he could succeed in showing people the Park was for them, and not against them. He told me how, when he asked communities to join in with the conservation of the Park, they asked him, "What do we get?" One of the things he tells them they get, and which I found the cocoa farmers agreed with, was that the Park produces rain, and thus cocoa and income.

As I listened to Adoulaye, it was clear how the multinational company and National Park were actually trying to do the same thing: improve the well-being of the farmers. The Park gets its forest better protected and the company gets a more secure cocoa supply chain that is dependent on not only motivated and skillful growers, but also rain. Economy, people and forest all at once. 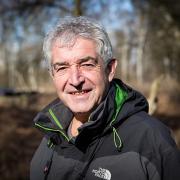 See all by Tony Juniper