Years ago, I realized that the key to successful sustainable action is the ability to connect the dots. Between the smallest of things and the biggest of issues. The web can become complex but the result can be equally momentous.

To be able to see the many facets of a sustainability program in action is rare for a communications advisor. So, when I was offered an opportunity to join four other bloggers to visit two EKOcenters set up by Coca-Cola in Vietnam, I said yes.

What I saw gave me hope and many important lessons in what distinguishes systemic sustainable development from lipstick efforts. Here’s an abridged account.

Starting as the result of a team brainstorm in 2013, Coca-Cola’s EKOcenters were meant to solve several interconnected problems in the direst of communities: the need for consistent access to clean water; the limitless opportunity to financially empower women to drive economic growth; the basic need for communities to have a communal space for social organizing, trainings, medical services and/or free internet; and finally to test the viability of switching from fossil-fuel-based energy to renewable sources.

Most important, these centers — conceptualized as community-operated kiosks — needed to be scalable so that the company could roll these out in multiple countries.

To determine which communities to address first, the Coca-Cola Vietnam team conducts a rigorous assessment of each area’s needs including a focus on land legality, demographics and community needs. This is then supplemented with an insight survey of the socio-economic factors of the locations. Based on the different local context, these factors are then weighed to make sure that all EKOCENTER objectives are met and can be a viable addition. 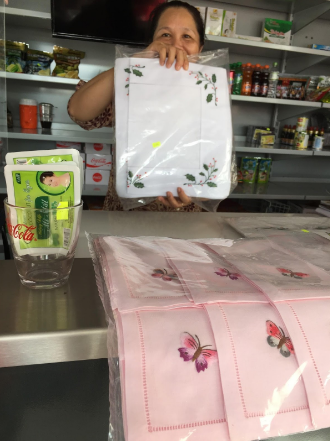 Each EKOcenter is created keeping in mind a “Golden Triangle Partnership” between Vietnam’s three key sectors: civil society [women’s union, local NGOs, etc.], government [Ministry of Industry and Trade, USAID, etc.] and other businesses [Microsoft, Dell, Green Power, Solarkiosk, etc.]. Picture a small park with a kiosk selling sundry everyday consumables at the forefront operated by a local community woman. She is elected by her local Women’s Council for a term of two years, in which she learns all the minutiae of running a successful small business with help from Coca-Cola and several local nonprofits.

The kiosk is built on land donated by the Vietnamese government often adjacent to access points for clean water — technology for which is provided by Coca-Cola and benefits of which are self-policed by the community.

Some EKOcenters feature workshop areas and training centers. Others feature a medical clinic. Most include a large playground for kids, simple fitness equipment for adults and a sitting area for community meetings. Finally, many are powered by solar panels on the roof.

According to Coca-Cola Vietnam’s Sustainability Lead Vo Ly Hoai Vin, "Each EKOCENTER’s capacity is 2kWp, which produces about 6kWh per day on average. This depends heavily on the location and solar irradiation. Some of kiosks in Kenya, for example, produce upwards of 9kWh per day." (kWh is the unit of energy and kW is just the power rating, for example, in perfect conditions in 8 hours the 2KW solar installation could produce 2*8=16 kWh, in a very perfect condition.)

To scale however, these Centers needed to be modular as well as adaptable to each community’s specific needs — social, economic and environmental.

Vietnam’s EKOcenters are unique to their communities’ needs but similar in concept and design. For example, one of the newest EKOCenter’s is in Mekong Delta’s Ben Tre district, one of the most affected regions by climate change, was set up as a critical access to clean drinking water for the local community. Here, Coca-Cola helped installed a technology developed in partnership with Vietnam’s University of Industry, which transforms 8,000 liters of saline water into 6,000 liters of clean drinking water every day. As we know, homegrown earns pride. 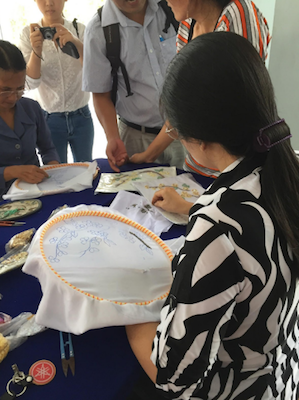 The center also features a handicraft center where local women learn how to embroider and sew — with the finished products sold in the kiosk and elsewhere.

As for the women who run these kiosks, they’re learning a lot: from managing a P&L and inventory to customer service, sales and management skills. Being able to keep 75 percent of their earnings every month is a boon, one of the kiosk owners said. She’s cleared her family’s medical bills and started saving for her own business once her two-year term ends.

Connecting the dots: Does it add up?

After talking to community members, NGOs and Coca-Cola representatives, here’s why I think these EKOcenters hold promise.

What’s not to like? This is systemic collaboration in play to help sustain communities — one community at a time.

As for how this is helping Coca-Cola?

For one, the brand is gaining market share in a locally-competitive market by exercising its license to operate. Two, by empowering communities, it is creating incredible loyalty as a brand and as an employer. By recognizing the critical need for clean water and empowering women, Coca-Cola has honed in on two key issues at play in the Vietnamese economy. They recognize that they will thrive only when their communities and employees can thrive as well.

The Coca-Cola Vietnam team exuded a deep sense of resilience as they acted as chaperones, translators and hosts. They talked about their employer and the EKOCenters with pride. They discussed their country’s economic journey with poise — and a sense of commitment to their collective success — a belief that they were responsible individually and collectively for their country’s success.

For this, Coca-Cola deserves praise. Sure, there’s much to criticize about Coca-Cola’s portfolio of beverages and snacks. But in Vietnam, the company that has become synonymous with delivering happiness deserves our attention — for leading with its unique strength as a business — larger resources, ability to collaborate and influence for scalable change.

There’s plenty many organizations can learn from the EKOcenter experiment. In an era where urgency is key and collective action imperative, if we are to viably achieve the Sustainable Development Goals, the EKOCenters provide hope. And a potential model to spur local change that’s in lockstep with the communities. 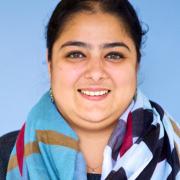