When Mars Inc. realized that its cocoa, peanut and almond supply chains were threatened by global warming, it set out on a path to reduce its net carbon emissions to zero.

To do so, it upgraded its 139 factories to be energy efficient and invested billions of dollars in renewable energy, including helping the state of Texas with its $7 billion plan to connect wind power to the grid.

That kind of corporate muscle seems to contribute largely to the shift in the electric power industry emerging today, characterized by sharply dropping greenhouse gas emissions and decoupling energy generation from economic growth. 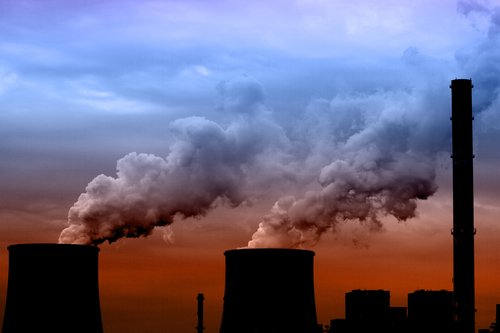 A report released today shows that the 100 largest U.S. power companies, which together generate 85 percent of the nation’s electricity, reduced carbon dioxide emissions 20 percent in a single decade, from 2005 to 2015, with signs of a sharper drop in 2016. 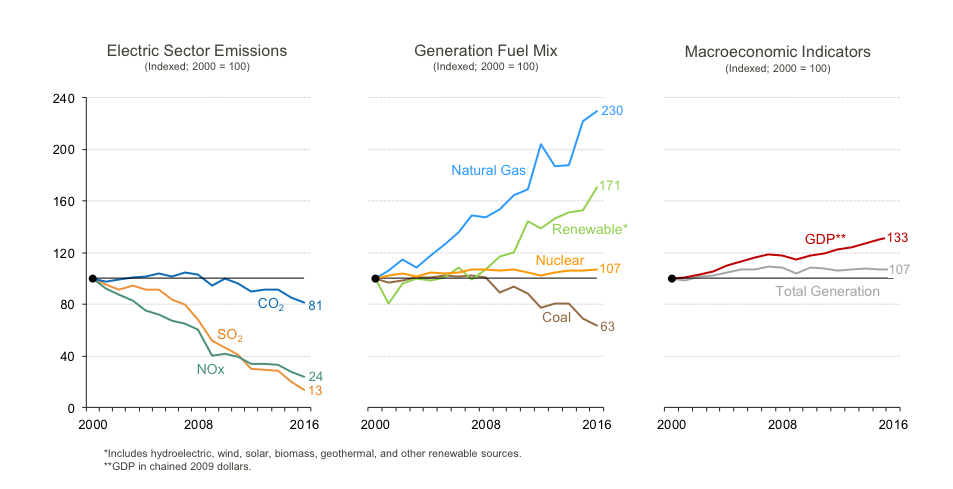 Energy efficiency — that old eat-your-vegetables sort of obligation — emerges in the numbers as a potent and profitable change maker.

As U.S. GDP grew 33 percent between 2000 and last year,  total electricity use grew only 7 percent.

That 26 percent delta is energy efficiency.

"We have decoupled economic growth from energy generation and GHG emissions," said Dan Bakal, director of electric power at Ceres and a contributing author to the report.

The report, "Benchmarking Air Emissions of the 100 Largest Electric Power Producers in the United States," was published by M.J. Bradley & Associates with support and contributions from Bank of America, Calpine, Entergy, Exelon, Tenaska, Ceres and the Natural Resources Defense Council.

It quantifies and ranks emissions of carbon dioxide, sulfur dioxide, nitrogen oxides and mercury from the 100 largest utilities, which collectively operate 2,900 power plants across the United States.

It largely describes the early stages of success in beginning to decarbonize the electric power industry.

"It is a combination of energy efficiency, growth in renewables and natural gas taking market share from coal," Bakal said of the reductions in emissions in the four potent GHGs. 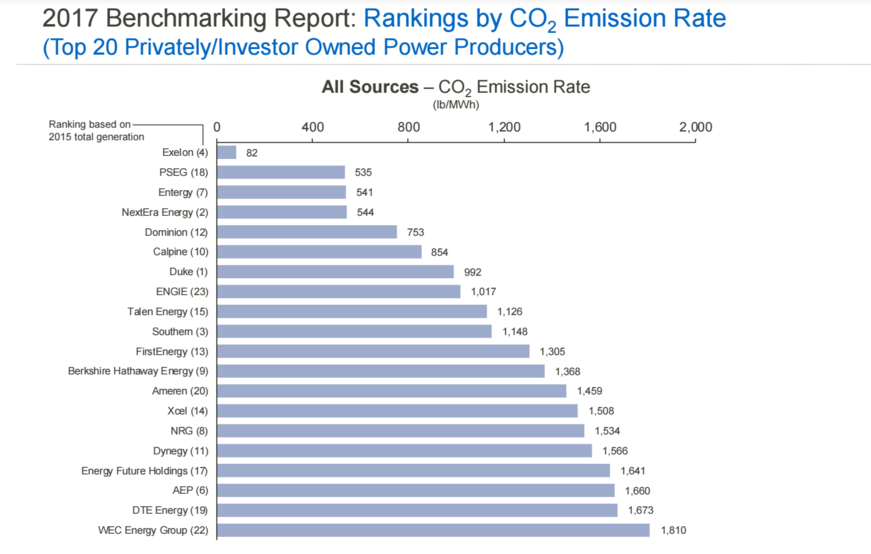 In addition to the 20 percent drop in carbon emissions in a decade, the report shows that by 2015 the utilities' emissions of sulfur dioxide were 87 percent lower than in 1990 while their nitrogen oxides emissions were 79 percent lower and annual carbon dioxide emissions 21 percent lower. For reference, 1990 was when the Clean Air Act amendments were passed regulating these air pollutants. Since 2000, mercury emissions from these 100 utilities fell 69 percent. 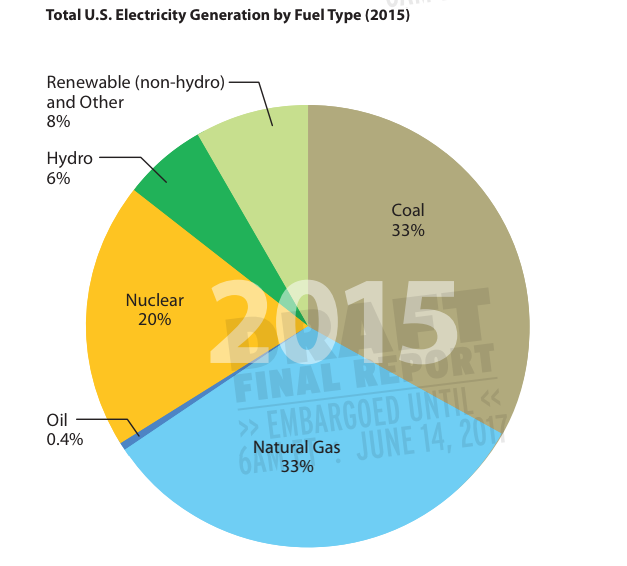 The overall picture in the report shows a utility industry transforming in ways that perhaps could position it to even meet the goals of the Clean Power Plan, even though that law languishes in court, unenforced. The Clean Power Plan calls for reducing electric power industry carbon emissions by 32 percent below 2005 levels by 2030. It was the core program behind the U.S. government's commitments to the Paris Agreement.

Dig deeper in the Benchmarking report beyond the collective accomplishments of these 100 large utilities, however, and it is evident that wide disparities exist in emissions records among the utilities.

AEP emits more tons of carbon dioxide and nitrogen oxide than any other utility. Its generation fuel mix is 69 percent coal, 18 percent natural gas and 1 percent renewables.The utility's size, of course, adds to the sheer volume of emissions, but it ranks among the worst performers when emissions per megawatt of electricity generated are measured.

NextEra Energy gets 17 percent of its generating capacity from renewable sources and ranks 22 lowest in CO2 emissions. Exelon and North Carolina Public Power are among the cleanest big power producers. 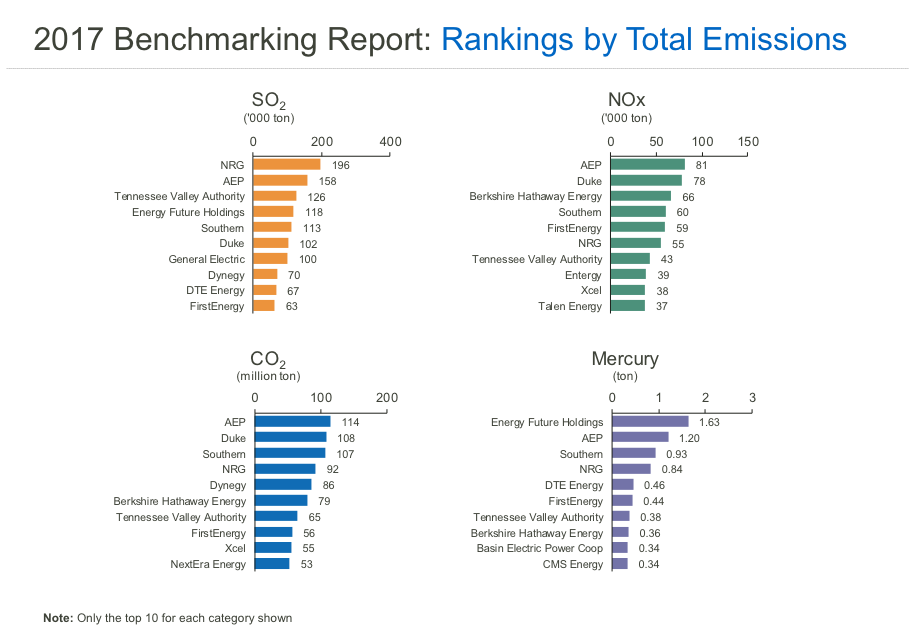 Their performance matters a lot to corporate citizens such as Mars. Additionally, tech giants such as Apple, Amazon, Google and Facebook and companies as diverse as Ikea, Bank of America, Bloomberg and H&M are in the midst of assuring that all their power comes from renewable sources. They are among the RE 100 companies intending to transition to 100 percent renewables. When Amazon or Google have wanted to build data centers or distribution plants in new areas, they secure renewable power on their own if the regional utility can't deliver it.

The benchmarking report was based on data compiled by the U.S. Energy Information Administration and from company reports submitted to the US Environmental Protection Agency on their emissions of the four air pollutants.