How Congress can get cities moving

The Biden administration has set an ambitious climate goal for America: a 50 percent decrease in greenhouse gas (GHG) emissions by 2030. To reach this goal, changing the way we move must be key since transportation is the largest contributor of GHGs in the United States.

Fortunately, cities are already leading the way. My colleagues and I have been working since 2018 with 25 cities as part of the Bloomberg Philanthropies American Cities Climate Challenge. Along with local partners, the cities have made significant strides in adopting climate-friendly transportation policies to encourage people to bike, walk or use public transit instead of driving.

Cities are the natural leaders as they oversee land use, including the location of electric vehicle (EV) charging stations and local infrastructure, such as streets and sidewalks, and may also provide transit service. But cities cannot tackle the climate crisis alone. The federal government has the tools to support bottom-up climate action and bring solutions to the national scale.

One of the most effective ways of reducing emissions is increasing transit use so that more people can get to jobs, schools, health care and other places without driving.

Many of the Climate Challenge cities have taken bold steps. St. Petersburg, Florida, is building the first bus rapid transit (BRT) line in the Tampa Bay area, which will provide service between downtown and the beach. Charlotte, North Carolina, plans to build a 26-mile Silver Line that links the airport to the region’s light rail system, connecting communities of color to Charlotte’s uptown, thousands of jobs, and many other essential destinations. San Antonio voters passed a ballot measure in 2020 to dedicate a portion of an existing sales tax to expanding transit. Likewise, Cincinnati voters replaced a portion of the city’s earnings tax with a 0.8 percent increase to the county’s sales tax to fund the Southern Ohio Regional Transit Agency (SORTA) and infrastructure projects. The success of these and other ballot measures demonstrate the growing demand across the country for clean transportation options.

The only federal grant program focused on low- and no-emission bus purchases represents less than .5% of the federal transportation program.

But cities are still limited in what they can deliver, due to the overall low level of funding. They’re forced to build out transit systems at a snail’s pace, one line at a time, with cobbled-together funds, meaning it can take decades to deliver the transit network that residents want. The federal transportation program has exacerbated this problem: For every $4 spent on roads and highways, just $1 has been spent on transit. It’s time for the federal program to level up investments in transit to match highways. That way, cities can realize transit projects and reap the benefits of greener transportation that much sooner.

2. Fund the transition to electric vehicles

Increasing the use of zero-emission vehicles is one of the most effective tools for cutting emissions. Several cities, including St. Louis, Chicago, Boston and Indianapolis, have adopted or are exploring EV-readiness ordinances to ensure that new homes and buildings are prepared for an EV future.

Although cities are transitioning to electrification, it comes at a price. Purchasing an electric bus — not to mention installing the charging infrastructure — costs more than a diesel bus. Although these upfront costs are recouped over time through lower operating expenses, they can be a burden for strapped local governments.

The only federal grant program focused on low- and no-emission bus purchases represents less than .5 percent of the federal transportation program. To accelerate fleet conversions, a significant increase in federal grants for EVs and charging infrastructure is needed, such as the $174 billion proposed by the Biden administration in the American Jobs Plan.

The time is now

The U.S. Senate just passed a major Bipartisan Infrastructure Bill, and pivoted to an even bigger budget reconciliation package. There is a lot of work to do this month, especially with current transportation law expiring Sept. 30. These bills should be a one-two punch that helps knock the funding shortfalls in transit and electrification and give cities the tools they need to make immediate and lasting progress in reducing transportation emissions.

This article originally appeared on NRDC's Expert Blog. It was co-authored with Sarah Kline, Federal Transportation Consultant to NRDC. 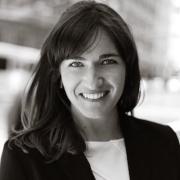