How coops could power rural economic development with renewables

Despite serving only 13 percent of U.S. electricity load, electric cooperatives loom large in conversations about the U.S. energy system’s past, present and future.

The initial vision for nonprofit electric co-ops dates back to the New Deal, when the Rural Electrification Act of 1936 authorized the creation of co-ops to serve rural areas bypassed by the larger electricity providers of the time. Today, 832 distribution co-ops and 63 generation and transmission (G&T) co-ops still serve most of rural America, including more than 90 percent of persistent poverty counties (counties with at least 20 percent of their population living in poverty).

As the energy transition ramps up, bringing the benefits of low-cost renewable energy to more places, electric co-ops have the opportunity to replace their aging coal fleets with wind and solar projects. This can lower electric bills and drive rural economic development in areas that need it.

Through several years of engagements with co-op leadership and stakeholders, we have learned that electric co-ops face unique and varied constraints as well as incentives when it comes to decarbonizing their generation mix. Co-ops have lagged other utilities in retiring their coal plants, although a spate of coal retirement announcements and emissions reduction goals set by several prominent G&Ts in the past year indicates they may be closing that gap. A combination of rapidly falling costs for renewable energy and battery storage technologies, state climate policy and member demand for carbon-free electricity is driving that shift.

Nonetheless, a number of G&T co-ops are continuing to operate aging and increasingly uneconomic coal plants without plans for their retirement. This can be due to the nature of some co-op financing structures as well as regulatory and governance models that muddy the economic signal for retirement. For example, coal plants may have undepreciated value that the G&Ts seek to recover, and in some cases, they act as the collateral on G&T debt obligations, making their retirement a risk to lenders.

What’s more, co-ops’ nonprofit status limits their ability to take advantage of existing tax credits for wind and solar development. And G&Ts with a history of asset ownership may be reluctant to shift toward greater shares of third-party-owned generation (such as wind and solar projects contracted for through power purchase agreements).

In short, co-ops’ situations and needs are as varied as the geographies they serve — as the saying goes, "If you know one co-op, then you know one co-op." As such, there hasn’t yet been a silver bullet approach that can overcome the barriers to full co-op participation in the clean energy transition.

Federal policy can support and speed the co-op energy transition

Policy intervention can smooth the path forward for the cooperative energy transition by allowing G&Ts to retire uneconomic coal and replace their fossil generation with clean energy alternatives. This could spur rural economic development and cleantech asset ownership opportunities while at the same time lowering member electricity bills.

Today, federal policymakers have the opportunity to facilitate a coal-to-clean transition among electric co-ops through investment that incents co-ops to retire their coal assets and replace them with renewable generation. The White House includes funding for transitioning rural co-ops to clean energy in its American Jobs Plan, and additional proposals outline incentives that would be available to co-ops for each kW of coal that they replace with clean energy. These proposals also provide direct support to impacted coal plant and mine communities.

<iframe title="Lifetime Rural Economic Development Revenues from Wind and Solar Projects Replacing Co-op Coal, by State" aria-label="Map" id="datawrapper-chart-LuP3X" src="https://datawrapper.dwcdn.net/LuP3X/7/" scrolling="no" frameborder="0" style="width: 0; min-width: 100% !important; border: none;" height="484"></iframe><script type="text/javascript">!function(){"use strict";window.addEventListener("message",(function(e){if(void 0!==e.data["datawrapper-height"]){var t=document.querySelectorAll("iframe");for(var a in e.data["datawrapper-height"])for(var r=0;r<t.length;r++){if(t[r].contentWindow===e.source)t[r].style.height=e.data["datawrapper-height"][a]+"px"}}}))}();</script> Our analysis shows that the tax revenues, land lease payments and wages generated by these projects, in addition to their low-cost electricity, have the potential to more than offset any cost of the policy.

To quantify the benefits that might accrue to rural communities from a policy that facilitates co-op coal retirement and re-investment in clean energy, we developed estimates for the direct local revenues that new wind and solar projects could produce in the states where the coal was retired based on our "Seeds of Opportunity" report methodology. The analysis uses the capacity expansion model from the University of California, Berkeley and GridLab’s "2035 Report" to estimate the share of wind and solar projects that would be built in a particular state, as well as the report’s state-level capacity factors for wind and solar.

While we assumed full generation replacement with wind and solar, the economic development benefits could vary based on the actual choices co-ops make upon retiring their coal fleets. For instance, the addition of battery storage, transmission assets, energy efficiency projects and other clean energy technologies that might be needed could yield additional revenue streams and energy bill savings over and above what is captured here.

The coal plants captured in this analysis are at least partially owned by co-ops and extend across 23 states and 33 co-op territories. Arkansas and North Dakota, the two states with the most coal plants (five each) that might take advantage of federal policy incentives to retire, could see $4.8 billion and $4.2 billion, respectively, from replacing their co-op coal generation with new wind and solar projects. In Ohio, retiring the 1,265 megawatt Cardinal coal plant could spur over 4,000 MW of wind and solar project development, contributing nearly $2 billion in revenues to the state’s rural economy. Florida’s even larger Seminole coal plant, should it use federal policy incentives to retire, could pave the way for 4,400 MW of solar projects that would generate $2.3 billion in economic development to rural parts of the state.

The map and PDF embedded below illustrate the location of all coal plants with a share of co-op ownership and the new wind and solar capacity that would be needed to offset each plant’s 2019 annual generation. We then show the economic development that these projects would produce over the course of their lifetimes.

We recognize that coal plant retirements raise questions about maintaining the reliability of the local electric grid. The wind and solar replacement capacity modeled here indicates what would be needed to fully replace the annual generation of the retiring coal, but of course, the grid reliability considerations are more complex.

In some cases, the co-op territory or region may have excess capacity on the system, which is a fairly prevalent characteristic of regional grids, as we document in a recent white paper. This makes replacement capacity unnecessary. In other cases, the co-op may need new capacity as well as other grid resources such as flexible demand or storage to maintain system reliability. These solutions will be developed on a co-op-by-co-op basis — what is shown here is the local economic upside that any new renewables capacity would bring.

Co-ops can be renewable energy leaders

Co-ops are poised to play a leading role in enabling rural America to reap the benefits of wind and solar development. Federal policy that unlocks this potential is likely to see a strong return on investment in the form of jobs and revenues flowing to rural residents, landowners and communities.

A $10 billion investment to support co-ops’ energy transition efforts as contemplated in the Biden administration’s American Jobs Plan would yield just over $50 billion in wind and solar-induced economic development revenues — benefits five times greater than the cost of the policy. Coupled with the lower operating cost of renewable energy and transition support to impacted communities, a modest federal incentive could provide outsized economic benefits to rural communities and position cooperatives to be renewable energy leaders. 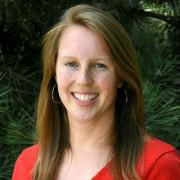 See all by Katie Siegner