The coronavirus has caused numerous negative impacts on almost everyone in the world. This airborne virus, despite its relatively short lifespan, has forced all concerned people to stay far from any potential carrier. The virus has caused many deaths worldwide and due to the necessary precautions has negatively affected the economy and has increased unemployment significantly. Virtual technology has allowed some businesses to remain open and has allowed communications between families.

Considering these negative activities, are there any ways that this pandemic has had a positive outcome?

Let’s take a look at what I consider the four major environmental issues: overconsumption of natural resources; diminishing quantity and quality of fresh water; climate change; and rapid population growth. What might be the impact on each issue?

Overconsumption. The pandemic seems to make people more efficient with their grocery shopping. Because they plan to shop less often, they want to be sure their purchases are efficient — thus less waste. The grocery stores are selling almost everything they purchase, so again the waste is minimal. With many businesses being shut down, there may be a vast decrease in natural resources in general. For instance, construction wood and other cellulosic products may be in less demand.

It appears that the consumption of our natural resources may decrease as a result of the coronavirus pandemic. The Global Footprint Network probably will announce in early June the expected Earth Overshoot date. That is the day when the world will have consumed all the natural resources that will be generated in 2020. In 2019, Earth Overshoot Day was July 29, and it has been earlier every year. This may be the first year, however, that it could be a little later.

It appears that the consumption of our natural resources may decrease as a result of the coronavirus pandemic.

Climate change. The emissions of carbon dioxide certainly will decrease as a result of the lockdown rules set by most countries. Some of the largest emitters of carbon dioxide are the trucks, automobiles and airplanes. While many trucks are still needed, automobile and air traffic has decreased considerably. For example, reports show that air pollution from nitrogen oxide, another transportation polluter, has decreased significantly in China. Airborne particles in northern India are at a 20-year low due to decreased factory activity as well as reduced car, bus, truck and airplane traffic. A comparable reduction in carbon dioxide emissions also should result in India. Similar reductions across other industrial countries should decrease carbon emissions worldwide and improve climate change.

The smallest portion of water consumption is by human activity. It is likely that this also will decrease, as homebound people tend to be more efficient with water when it is consumed at home. Showers at home are usually shorter than those at hotels or health clubs.

Overall, we should see a decrease in water consumption worldwide. In terms of water quality, this is also improving as exemplified by the clearness of the canals in Venice, Italy, where there is little boat traffic to stir up the bottom. It is the clearest it has been in 60 years. Even dolphins are swimming there.

Population. The fourth environmental issue, excessive population growth, also should show some positive effects. World population has had a net increase of about 10 million people every six to seven weeks. With the increase in the death rate due to the coronavirus, the population growth should slow down. Also, with so many countries having lockdowns of a few months, unwanted pregnancies also should decrease. Even after the lockdowns are lifted, people will be more careful with their networking activities.

In a few months, most of the world will be opened up, businesses again will be active and people will go to work as before. However, it is very possible that going back to a normal life will be a "new normal." It will make people more careful about all of their activities, help them become more efficient and continue to improve the environment. 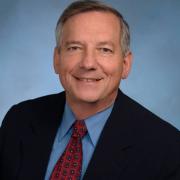 What does it look like to embed sustainability across an organization?

See all by George Nassos