How corporate buyers, utilities can embrace the low-carbon future together

Historically speaking, the dialogue between utilities and commercial customers has been pretty much a soliloquy — with grid operators and power companies doing the talking. Now, it's being revised and improvised into a two-way conversation.

The dramatic tension driving that script rewrite, if you will, is closely linked to the advance of the corporate renewables movement.

So far this year, Fortune 500 organizations — many of them eager to meet greenhouse gas (GHG) emissions reductions targets — have signed contracts that will add more than 2 gigawatts of solar and wind power to the U.S. grid in both regulated and deregulated states, according to data collected by the Business Renewables Center, part of the Rocky Mountain Institute. Almost 90 percent of those buyers were newcomers to the marketplace.

Some, like tech giant Microsoft and hospitality powerhouse MGM Resorts have paid literally millions of dollars to divorce their utilities (the industry slang for this is "RExit") so that they can more closely control their power-procurement destinies through new arrangements, such as virtual power purchase agreements or in-site investments in renewable generating technologies.

But relatively few companies have the clout, cash or resources to take on projects of that nature let alone the lengthy negotiating processes associated with them. 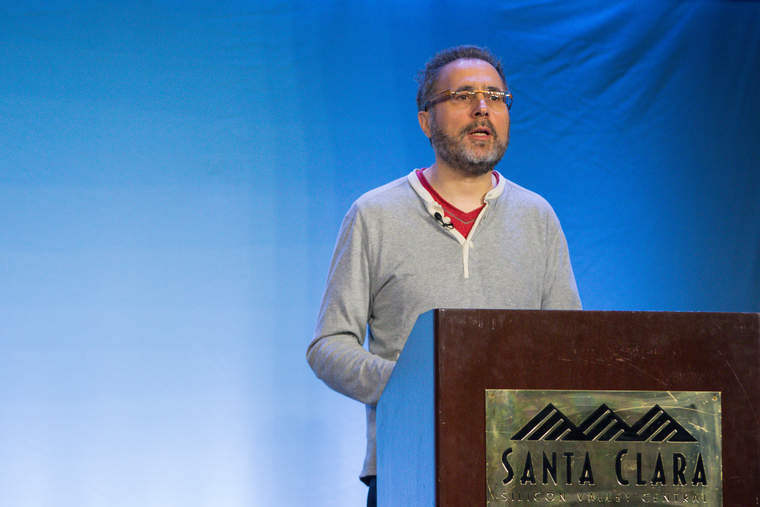 Kathryn Cooper/GreenBiz
<p>Urs Holzle, senior vice president for technical infrastructure at Google, addresses the Renewable Energy Buyers Alliance Summit.</p>
"You shouldn't have to be a Fortune 500 company, you shouldn't need a team of buyers, a set of lawyers to get there," said Urs Holzle, senior vice president for technical infrastructure for Google, during a keynote speech at the summit held last month by the Renewable Energy Buyers Alliance, calling for more competitively priced options in both regulated and deregulated markets. "And lack of interest is not what is holding us back. It's really a lack of mechanism."

That sentiment is prompting a growing number of businesses across the United States to reexamine their relationships with their utilities, and to engage with them far more closely than has traditionally been the case.

"We don't want to be in the energy industry, that's not our preference but we have renewable energy goals to meet, so we put that out to utilities in meetings, we engage with them, let them know that we're discovering and finding out all of our options," said Marianne Balfe, director of energy and environmental sustainability for the Americas at hotelier Marriott International, during a keynote panel at the REBA Summit. "But we'd rather that the utilities provide us with a seamless offering for renewable energy that's cost-neutral.

In many locations, corporate renewables buyers are finding a receptive audience, even if few market options exist today to meet their needs. Their collective buying power is formidable, and utilities are realizing that new technologies such as solar and wind generating options, as well as emerging models for energy storage devices, present an opportunity for them to rethink their capital investments.

"Utilities aren't traditionally thought of as innovative and, let's face it, in the past they have been slow to respond at times," said Stuart Nachmias, vice president of energy policy and regulatory affairs for Con Edison, during a keynote discussion at VERGE 17 last month. "But our experience is that utilities, working with their regulators, their customers and third parties — developers and others — really can bring innovative solutions to the market. No matter where you are in the country, you ought to work together with utilities, with regulators, developers. Everyone ought to get together and come up with new ideas and solutions to this new clean energy future."

Penni McLean-Conner, senior vice president and chief customer officer for Eversource Energy, the largest energy provider in New England, cited her company's interaction with Massachusetts General Hospital regarding a new children's facility as an example of how dialogues are changing. It is already being involved with energy efficiency planning and energy storage strategy brainstorming.

This industry is being washed over by some pretty powerful truths that regardless of whether you want to believe in them are going to result in a more decentralized, distributed, democratic ecology for the utility business.

"We're in the room now, even before the building has been designed," McLean-Conner said during the VERGE 17 session. "Regulators with vision can help create the stage but then it's incumbent on us as utilities to be the actors on the stage to make this real."

Val Jensen, senior vice president of customer operations for Commonwealth Edison (aka ComEd), the biggest utility in Illinois, said utilities are waking up to the biggest business model shift in their existence. They need input from both buyers and regulators to shape future services, he suggested during another VERGE keynote discussion.

"The way that we look at it begins with the fact that this industry is being washed over by some pretty powerful truths that regardless of whether you want to believe in them are going to result in a more decentralized, distributed, democratic ecology for the utility business," Jensen said. "That renders the existing business model obsolete, if not dead, and requires us to rethink what that model is going to look like." 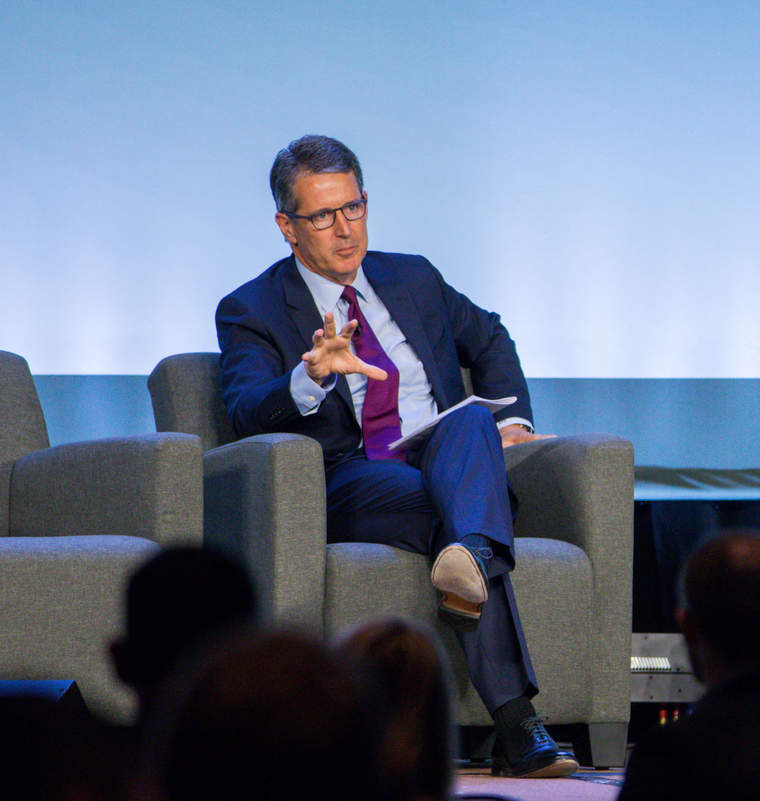 Kathryn Cooper/GreenBiz
<p>Pat Reiten, senior vice president of government regulations for Berkshire Hathaway Energy, during an interview at the Renewable Energy Buyers Alliance Summit.</p>
Pat Reiten, senior vice president of government relations for Berkshire Hathaway Energy, which has invested more than $6 billion in five solar projects — including two of the largest U.S. plants — said one of his company's top priorities is to help more customers see value from its investments in clean power.

"Utilities are in a position to work with their customers," he said during an interview at the REBA Summit.

Keep an eye on green tariffs

One area that corporate energy buyers and sustainability teams with clean power targets should watch closely over the next 12 months is green tariffs, which are programs that allow customers to source renewable energy in regulated states at a fixed rate.

According to research by the World Resources Institute, there are now 17 of these programs available in 13 states. Considering that these programs didn't exist just four years ago, that's progress, but there's still a long way to go.

Bill Weihl, director of sustainability at Facebook, said he has found utilities receptive to discussing these programs. "We have been very successful in engaging with utilities and developing green tariffs that will allow us to buy clean energy in a way that is additive and cost-effective that but doesn't become a burden on other rate payers," he said during the VERGE 17 panel discussion.

Indeed, the social media company was involved in shaping a tariff adopted by the Omaha Public Power District in Nebraska earlier this year. Many of these options have only been available for a short time, so they're not yet widely used, but Weihl expects an uptick over the next 18 months. "Now that we have the mechanism there, people are starting to take advantage of it, and I expect that to grow," he said.

Right now, green tariffs are designed primarily to accommodate new electricity loads, noted Letha Tawney, director of Utility Innovation and Polsky Chair for Renewable Energy at WRI. That's a challenge given that many companies are simultaneously cutting their energy consumption even as they're seeking renewable power sources. So, look for green tariffs to continue evolving as buyer-utility discussions become deeper. "We're changing the shape of this industry, fundamentally, as we decarbonize it," Tawney said.