How Countries are Taking Early Action on Climate Before COP16

One of the key outcomes of international global warming negotiations must be a focus on what actions key countries undertake to reduce their emissions. On that front, there are promising signs. Countries accounting for over 80 percent of the world's emissions have now committed to specific actions that they will undertake at home to reduce their global warming pollution. You might think that countries are sitting around and waiting for others to act, for the international agreement to be finalized, or for a new "binding" agreement before they take steps to reduce their emissions. If you think this, you would be completely wrong.

Real action is beginning to happen in key countries. Key countries are moving to implement laws, policies, and programs to meet their commitments. Of course, these actions aren't sufficient to meet their commitments or to solve global warming. But they are sending a signal that they are serious about addressing their pollution. They are building the foundations for real actions in their country that can be built build upon over time. 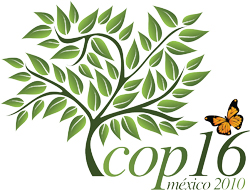 Just look at what is happening in some key countries.

China announced that it will have a domestically binding greenhouse gas intensity target (GHG emissions/GDP) in its next 5-year plan which runs from 2010-2015. There are signals this plan will also include a significant new energy intensity target (energy/GDP) which would help push China within reach of its target to reduce carbon intensity by 40-45 percent by 2020 from 2005 levels. And China just announced a national demand-side management program which would require that all electric utilities make significant investments in energy efficiency (as my colleagues will blog in detail later). For more details see our fact sheet and blogs from our China Program.

India is implementing actions to help it meet its greenhouse gas intensity target. It is doing this by: (1) providing subsidies, feed-in tariffs, and other policies for solar to significantly ramp-up the amount installed in India; (2) implementing a program to create targets for industrial plants to improve their energy efficiency – called the "Perform, Achieve, and Trade" program; and (3) implemented a "clean energy tax" on coal to create a national fund to support renewable energy projects. For more details see our fact sheet and blogs from members of our India team.

United States is moving forward with its existing tools despite the fact that the US Senate failed to pass a comprehensive energy and climate bill. It is taking action under the Clean Air Act by making the "endangerment finding", establishing new emissions standards for passenger and heavy-duty vehicles (see here, here, and here), and will be making the first reductions for new power plants and industrial expansions next year. At the same time they are also implementing new appliance efficiency standards and other measures. And at the state level California voters just resoundingly supported continued action in the state and the emissions trading system in the US northeast is considering its deepened effort. For more detail see blogs from our climate and energy team (here, here, and here).

The European Union has begun outlining the details of how companies in the EU will have to comply with its domestic cap-and-trade system beyond 2012 as it has outlined the stringency of the target in 2013 (the first year of the next phase of their program). And the EU is under discussion to increase their effort by cutting emissions to 30% below 1990 levels in 2020.

Brazil is continuing to combat deforestation with preliminary results show that the trend continues downward and to such an extent that the Government announced that the target will be met in 2016 instead of 2020.

South Africa – the host of the next climate meeting after Mexico – is beginning to outline how it will meet the emissions reduction pledge it made in Copenhagen. The South African Cabinet just approved a draft national climate plan, which will now be open for public comments and is expected to be finalized in mid-2011.

Mexico has a significant opportunity this December to be a leader by showing what actions it has done to reduce its emissions. They have been discussing establishing fuel economy and air pollution standards for cars and trucks which hopefully will be finalized in the coming months. Recently they proposed a regulation to phase-out inefficient incandescent light bulbs beginning in December 2011 and establish minimum efficiency standards for all general service light bulbs (see my colleague's blog and the draft rule available in Spanish).

Countries aren't waiting for the final agreement before taking action. There are huge uncertainties about where the international negotiations are headed (as I discussed here). This used to be a barrier to countries taking action at home. In the past countries would have said: "we have to wait before we act". Now they are saying: "we can't wait, we must take action now".

So what is different? There are at least three reasons (in no particular rank order) for this change:

The debate has moved forward. Before Copenhagen, the debate was largely focused around would developing countries commit to take action. Now the debate has shifted to how fast are those countries (and developed countries) making the transition to low-carbon economies and taking action at home?

In Cancun hopefully the debate will shift again.

This article originally appeared on Jake Schmidt's blog on the NRDC's Switchboard. It is reprinted with permission. 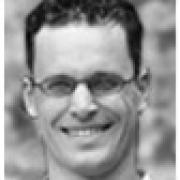