How COVID-19 changes perceptions of trade in wildlife

Between the COVID-19 pandemic and Netflix’s hit series "Tiger King," wildlife trade is occupying our collective psyche at a level never been seen before.

The Chinese government has announced that it will crack down on illegal wildlife consumption and outlaw the trade of many species that desperately need an intervention such as this to flatten their own curve — the one that sees some animals’ numbers in the wild dropping to zero. The Vietnamese government has announced it soon will follow, and the European Union also has indicated it will seek to address the issues of wildlife trade and factory farming within its own borders.

For businesses, broaching the topic of wildlife trade can be complicated and somewhat daunting.

Public support in Asia appears nearly universal. New research conducted by GlobeScan with WWF in Hong Kong, Japan, Myanmar, Thailand and Vietnam shows a strong understanding of the connection between wildlife and outbreaks such as COVID-19. The study, conducted online with a representative sample of 5,000 participants, also found widespread support for government action to eliminate illegal and unregulated wildlife markets.

Such efforts were seen by 79 percent of respondents to be effective in preventing similar outbreaks from happening in the future, while another 79 percent are worried that another outbreak will occur in the absence of regulatory intervention.

How effective do you think a closure of markets where they sell animals which are coming from the wild (non-domesticated, non-livestock animals such as bats, pangolins and civet cats) would be to prevent similar diseases from happening in the future?

There is a significant gap between the perceived importance of (54 percent) and trust in (44 percent) governments to combat the outbreak of diseases such as COVID-19. A similar pattern is observed for fellow citizens: 38 percent of respondents say they are important in the fight against the coronavirus, but only 31 percent trust them to do so.

Medical professionals have the highest level of trust to combat the outbreak (56 percent) and scientific/academic institutions are also highly trusted (39 percent). This trust in science could provide room for these institutions to further increase their authority on health and conservation matters. 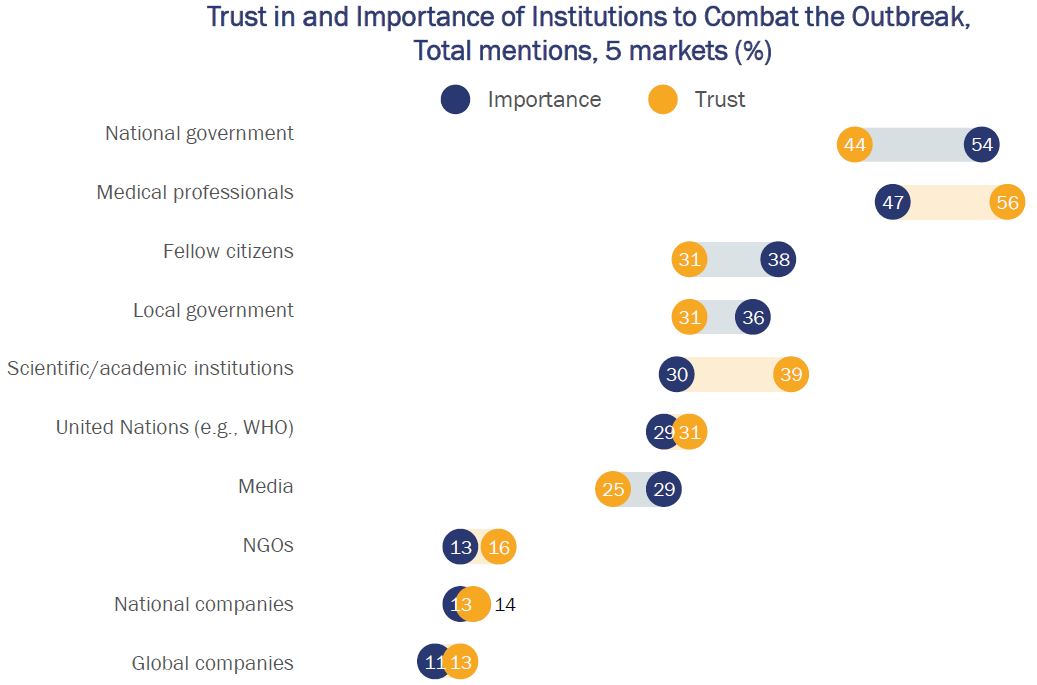 Ninety-three percent of respondents support government action to eliminate illegal and unregulated wildlife markets (markets that sell non-domesticated, non-livestock animals). Respondents also say that they would support the closure of these markets by not eating wildlife products (55 percent) and convincing others not to buy or eat wildlife products (53 percent), as well as by sharing relevant campaigns and news (50 percent) or sharing information on wildlife protection (49 percent).

Likelihood of supporting the closure of illegal/unsustainable wildlife markets

How likely would you be to support the efforts by governments and health ministries to close all illegal and unregulated markets selling wildlife (animals coming from the wild, direct from nature such as bats, pangolins and civet cats, not livestock which are farmed) in your country?

However, some will not be deterred so easily. While people are almost universally against the sale of illegal or unsustainable wildlife, a minority will advocate for keeping these markets functioning and will sustain the demand for these products — within or outside of the law.

Nine percent of those surveyed say that they or someone they know had purchased wildlife in the past 12 months at an open wildlife market, and although 84 percent say they are unlikely or very unlikely to buy wildlife products in the future, 8 percent say they likely will buy these products. 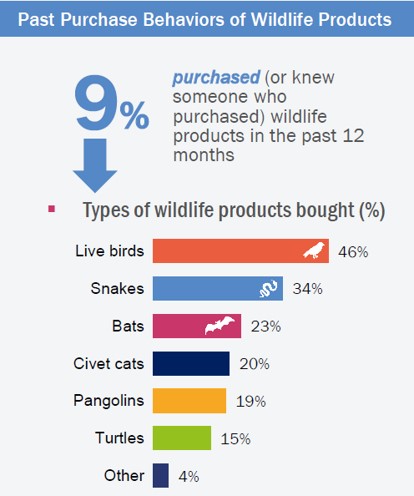 You said that someone you know (or yourself) bought wildlife products in an open wildlife market in the past 12 months. Which wildlife species did this person (or yourself), buy? [Note to the reader: this method of indirect questioning was used due to the sensitivity of the questions. For the full explanation of the methods, see the report conducted by GlobeScan for WWF].

How can business help?

For businesses, broaching the topic of wildlife trade can be complicated and somewhat daunting. Options such as recycling or planting trees can seem like easier routes to show purposeful, corporate action to protect nature. However, businesses have made great commitments to help support animals that suffer from the wildlife trade.

For example, insurance company AXA phrases the business logic as follows: "Why is biodiversity important to AXA? Nature provides us with essential goods and services; its decline has implications for society and our business." We would say that this logic applies to every business.

Until recently, wildlife trade was a little-studied aspect of biodiversity conservation not yet on the radar of the wider population. Some negative effects that conservationists and virologists had warned about for many years are suddenly receiving more attention.

The "New Normal" post-COVID-19 must be a world in which biodiversity protection has become the norm in consumer behavior, governmental policies and corporate strategies. 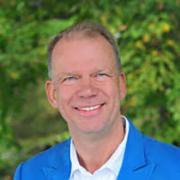 See all by Wander Meijer