How Crowdsourcing Can Help Solve the BP Nightmare

In times of crisis, speed is everything; nothing is faster than crowdsourced 2.0 problem-solving. Yet BP seems committed to problem-solving the 1.0 way.

Since the gulf crisis began a month ago we've seen debacle after debacle while Mother Nature takes another beating, sensitive geographies and local economies go sideways, and the world watches in slow motion.

It not only became clear that BP was trying to remedy a crisis it wasn't prepared for (information gap No. 1). BP then began using unproven techniques to solve the crisis, from the use of dispersants, to metal towers that would act as funnels, to "top-kill," whose name sounds daunting and dire, while we waited to see if the tactics worked (gaps 2, 3 and 4). They didn't, and BP is now using submersible robots to try to cut a major pipe and cap the spill.

Earlier, BP had said one of its plans involved waiting until August to have adjacent platforms built. August? We now know that 18 to 29 millions of gallons have bled into the sea, not the original 5,000 barrels per day (gap 5), and two more months of this is both unimaginable and devastating.

Our first thought, as with so many others, was what role the information industry could play and in particular how crowdsourcing company InnoCentive was participating in solving the crisis. As it turns out, InnoCentive has already deployed its web-based platform in an attempt to gather solutions and contribute to the BP problem-solving process, by launching an InnoCentive Ideation Challenge. While InnoCentive has plenty to offer, BP is paying little heed to its call to quickly crowdsource the way to a solution to this nightmare. A Weather Channel interview shows a frustrated InnoCentive CEO Dwayne Spradlin explaining that his pleas to apply his company's resources to the problem have so far fallen on deaf ears, and even highly-placed political connections to BP leadership have been met with unreturned phone calls.

InnoCentive is the place for crowdsourced innovation. Its network of seekers and solvers issue problems and technical challenges, and the world's scientific elite puts the wisdom of crowds onto the solution. Normal methods for working include bids for solutions, with the winning solver (or team of solvers) sharing the winnings. Not only has BP not offered to put out a seeking bid (which would be priceless we'd think), but InnoCentive and its solvers have solutions in waiting they can't find ears for.

BP seems to be focused on the traditional problem-solving methods of its team, and its partners including associations, educational institutions, the government, and competitors, but is working with these conventional channels in conventional ways - even though this is an unconventional issue. Our government is problem-solving in its same old-fashioned way and yet a major new resource with some really interesting ideas goes unheeded.

The need for speedy decisionmaking is critical, yet BP's and the government's ability to tap into the world's knowledge in a 2.0 way and to quickly let the wisdom of crowds get started on the problem is suddenly and frustratingly absent. All this despite some relevant history that InnoCentive has in the petroleum industry. Anyone with any access to BP -- put them in touch with InnoCentive today. Our planet at the very least should get a 2.0 solution to a 5.0 crisis.

Anthea Stratigos is co-founder and CEO of Outsell Inc., a research and advisory firm focused on the publishing and information industries. Her post originally appeared on OutsellInc.com and is reprinted with permission. 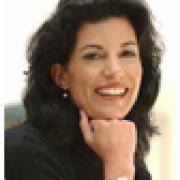 See all by Anthea Stratigos