How Davos Delivered on Its 'Rethink, Redesign, Rebuild' Theme

[Editor's Note: Jones Lang LaSalle CEO Colin Dyer attended the World Economic Forum's 40 annual meeting in Davos. He blogged for his company’s website, where the original version of the post below appeared. It is reprinted with permission.]

Well, what about that lofty conference theme, “Rethink, Redesign, Rebuild”? The one-line answer: It stayed in Rethink, with brief examples of Redesign.

But even that is worthwhile, because after the economic crisis, getting opinions and challenges from different viewpoints on the table, and having them widely heard, is valuable in itself.

A year ago the conference mood was "controlled fear and cautious optimism." I’ll confirm what I said on day one, that this year the mood is "cautious optimism." But I would qualify that by saying that it relates to optimism that we will not slip back into recession, and that short term economic growth will be restored.

As the days passed, I got a clearer sense that there is still concern and remorse on two scores in Europe, Japan and the U.S.:

The implications for us? Well if (1) holds, we will see only a slow recovery in demand for space. The market will not "come to us," so we’ll need to continue to fight hard for market share gains if we want to put growth back into our own revenues. We’ve been very successful, so we have the formula.

{related_content}You can be sure that regulation on (2) will happen, and that it will mean that banks and lenders are going to be unclear and uncertain about their future rules. Like any business, that will make them cautious. That caution has already been clear in their recent lending policies, which will continue, because whatever regulations emerge, it’s 90 percent certain that the regulators will force banks to hold more capital. That means they will mechanically have to shrink their loan books back to the level their depleted capital and higher imposed reserves will support.

For us, that means our capital markets clients will continue to need help with new debt and debt renewals. It also means that the pace of workout on non-performing loans will remain limited by the speed that banks can take the strain on their capital.

A 'Western' Event and Problem

It also became clear that, except for Japan, the whole of Asia Pacific now sees the Great Financial Crisis as a ‘"Western" event and problem. From Australia to India to China, a brief period of illiquidity has been followed by rapid growth: 8 percent forecast for 2010, and Asian banks and national finances are all in great shape. Some quotes from Asian panelists, said without arrogance or malice:

The impact on us?

Well, clearly we’ll continue to invest to grow our successful Jones Lang LaSalle Asia business, and we’ll back LaSalle Investment Management’s strong focus on investing in Asia Pacific. For the other regions, the implications above on the economy and banks still apply.

As always, it’s very instructive to see a situation from the other perspective.

More on the Banks

Further to what I wrote about the banks getting together, it’s clear that bank CEOs and Central Bankers were having "constructive" (meaning furious) meetings behind locked doors this week. From that, they say that they broadly agree that regulation needs common international principles (I think that’s great, but it’ll be hard). I only hope they cover hedge funds, offshore banking, the securitized sector and any other areas capable of inflicting harm.

The economic discussions were also closely linked with the question of how unemployment created by the crisis can be quickly corrected, especially among the world’s youth. U.S. unemployment for 18-25 year olds is 22 percent, the EU has 25 percent, and Spain 43 percent.

I discussed property sustainability issues on previous evenings, and the subject ran through all business areas, with all sectors commenting that there has been no loss of focus through the recession. There was plenty of reference to the developed-developing country divide that sank the Copenhagen conference.

No Russians this year. That economy is in difficulties.

A few Australians. I spoke a lot with Steve McCann from Lend Lease, and briefly again this year with Gail Kelly from Westpac.

There was a moderate Japanese presence, but few Chinese companies, although Zhang Xin from Soho Reit, a good firm client, was there with our Real Estate group. The Chinese panel experts were very impressive.

There were lots of Indian companies, including Godrej, Raheja and Religare among our clients, and others that we are developing. Dubai property companies stayed away, but the Middle East was otherwise well represented.

There were more U.S. companies than last year, and many American academic experts. The U.S. economists, in particular, are well respected, because they had been predicting disaster for several years.

But the real difference was that the U.S. government, absent in 2009, reappeared, with a dozen senators and congressmen, and Larry Summers from the White House. There was also John Negroponte, diplomat, and recent U.S. Ambassador to the United Nations (and a good one), whom I have known since my son, Pierre, and his son, George, played on the same soccer team, and who sat next to me on the plane back home to DC.

But Western Europeans feel like the largest group, just, present in good numbers from all countries.

Jones Lang LaSalle got some good profiling with clients and potential clients, and for that alone I found it very worthwhile. I can also think of other clients who would enjoy going, and get benefit for their business.

We have follow-up work to do, including client business, a presentation on real estate markets for the board of a European Bank, thought leadership projects with the Financial Times (brokered by our board member DeAnne Julius), and new business leads ...

This blog was an experiment in connections.

I summarized what I saw, and made it clear when I was giving you my opinion. It gave me a small insight into the life of a journalist, including the feeling I have today, that yesterday’s news is quickly stale!

Thanks for reading, and for the questions, and send suggestions for improvement ...

PS: If anyone (oldies like me) liked the original "Three Tenors," check out the "Three Afro Tenors," who rocked at the closing South Africa theme dinner. 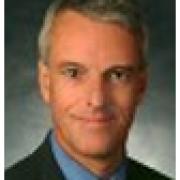 Discussions in Davos: The Role of Energy Efficiency Retrofits, Bonding with the BBC and More

See all by Colin Dyer