How to decarbonize cryptocurrency

The global crypto market is projected to reach $4.94 billion by 2030. A critical year for crypto, but also for the planet. According to the latest IPCC report, a net-zero carbon global energy transition is urgently required by 2030 — one that limits global warming to 1.5 degrees Celsius. For this to happen, there needs to be a substantial reduction in fossil fuel use, widespread electrification, improved energy efficiency and the use of alternative renewable fuels.

But the global community is falling behind the pace of accelerated climate change. And while deliberation on how best to tackle this challenge ensues, the most climate-vulnerable regions that have contributed the least to the problem suffer some of the most devastating consequences.

The effects are already apparent in Nunavut, Canada, where Inuit hunters face survival challenges due to receding ice, warmer winters and changes to weather patterns. The Arctic, home to 4 million people, is warming about twice as fast as the rest of the world and is threatening the health and livelihoods of an estimated one-tenth of Arctic residents, including indigenous groups such as the Inuit, Saami and Chukchi people.

Closer to home in the United States, extreme weather events have led to widespread power outages and destructive storms that have crippled broad segments of the nation’s aging power grid. In fact, major blackout events have grown by more than 60 percent from 2015 to 2020. 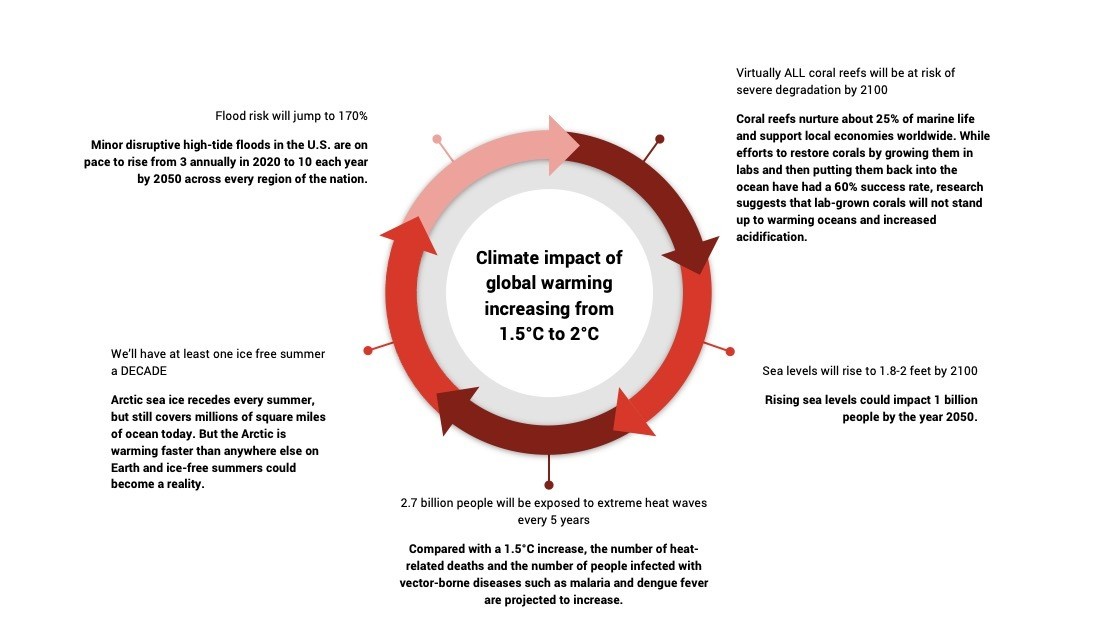 Enter crypto. Although not a silver bullet, this multi-feature utility has the potential to help decarbonize unreliable power grids, optimize economic incentives for everyone, not just the privileged few, and be a driver for countries to meet their climate goals faster. However, the immediate challenge to shifting the current debate on crypto’s energy consumption to a solution-oriented narrative is the amount of misinformation that shrouds productivity in this area.

A recent letter sent to the US Environmental Protection Agency (EPA) on April 20 by Rep. Jared Huffman (D-Calif.) and 22 members of Congress is a case in point. This letter raised concerns about how bitcoin mining is polluting communities and having an outsized contribution to greenhouse gas emissions. It went on to cite several false claims namely that "a single Bitcoin transaction could power the average US household for a month… and that Bitcoin produces annually carbon emissions comparable to Greece." I addressed these unproductive misconceptions in this blog.

This challenge highlights the need for open-source and data-driven information that serves as an industry-wide source of verifiable truth regarding crypto’s energy consumption and, in fact, renewable energy usage. Especially pertinent as the White House Office of Science and Technology Policy is drafting a policy recommendations report to address risks and opportunities concerning the crypto mining industry.

Expected in August, this policy report will be one of the first case studies of the impact of crypto mining after President Joe Biden issued the Executive Order on Ensuring Responsible Development of Digital Assets in March.

Crypto miners are unique energy buyers that offer flexible interruptible load capacity and are location agnostic. These qualities make crypto a strategic utility and an energy buyer of last resort that can be turned on or off at any point throughout any given day anywhere in the world. This helps address the deficiencies that renewables such as solar and wind suffer from wherein the energy supply that they generate is either overabundant or nonexistent.

Crypto mining, by design, can put that overabundance that would otherwise go unused, into productive use. The net impact of this is the incentivization for more solar and wind power to be built thus retiring the use of fossil fuels faster. This is particularly useful given that 66 percent of the primary energy used to create electricity is wasted by the time the electricity reaches consumers.

An example of this is Lancium, a Houston-based power management firm dedicated to accelerating the energy transition. They build software, technical solutions and energy infrastructure that together aim to balance and decarbonize the grid. Their plan is to use the $150 million raised in 2021 to build bitcoin mines across Texas that will run on renewables and add more solar and wind power to the local grid.

About 66% of the primary energy used to create electricity is wasted by the time the electricity reaches consumers.

HIVE is another example. It is a data center based in Boden, Sweden which draws cheap energy from hydropower producers and is now one of the largest, active energy reserves the Swedish grid can depend on whenever there are considerable disturbances to the local power supply. The facility can quickly shut down its machines so that energy can be diverted to public use.

Companies such as Lancium and HIVE Blockchain have become an asset to local electricity grids and have evolved into a stable monetary source in situations where public energy consumption is low and can power off during peak hours when public energy demand is high. As grids move towards incorporating higher levels of intermittent renewable resources, flexible demand will play a critical role in keeping the electrical grid system stable, reducing grid carbon emissions, and increasing renewable energy growth.

Over time the crypto mining sector will mature as it becomes more widely accepted, further empowering this technology to act as a driver of new renewable developments in locations that were previously considered uneconomical. In conjunction with continued reductions in clean energy prices, crypto miners will have greater agency to help subsidize more climate initiatives and attract investors concerned with making sustainable, green investments.

New crypto industry leaders are reimagining what impact could look like, taking both a human and nature-centric design approach to climate sustainability. This space is broad and in constant evolution, but a few notable examples worth mentioning include MOSS, dedicated to the protection of the Amazon rainforest. Blockchain for Climate addresses the implementation of Article 6 of the Paris Climate Agreement with its BITMO platform on the Ethereum blockchain and promotes certificate trading at the state level. OASA is another interesting example that takes the form of a decentralized autonomous organization-controlled (DAO) habitat for humans and nature. Its mission is to transition ownership into stewardship, one regenerative village at a time.

We often hear about the importance of human centricity in the development of products and services, but what sets the crypto industry apart are the diverse efforts underway, as previously mentioned, that prioritize the health and prosperity of Earth’s biodiversity. It’s not just about "human centricity" anymore. The object of future web3 innovation and design is, and should continue to be about, "ecosystem centricity."

According to Ribhu Ranjan Baruah, project lead, biodiversity, from the World Economic Forum, "In the broader sense, technologies such as digital assets will ultimately be judged for their ability to be human, and nature inclusive. This should be done within the contours of an ethical framework that fosters meaningful change in tackling human challenges and accelerating nature-based solutions."

If the crypto community works collectively with this mindset, its global impact will more noticeably demonstrate to even its harshest critics that the crypto industry can be a leader in sustainability, and one that is a climate-positive utility capable of helping achieve a clean energy economy.

This blog is part of an Agenda series led by the World Economic Forum’s Crypto Impact and Sustainability Accelerator (CISA) which explores issues at the nexus of policy, sustainability and social impact to help bring about a systemic, inclusive and effective approach to governing distributed ledger technology.

See all by Evin Cheikosman