How Dr. Bronner's is cleaning up its agricultural supply chain

Dr. Bronner’s has been internationally recognized for using organic ingredients in its products and for their commitment to social responsibility. But over the last 10 years, the company expanded its mission to include sourcing raw materials from certified Fair Trade and Organic (FTO) producers. Since 2006, Dr. Bronner’s has built five vertically integrated commercial FTO supply projects comprising of locally managed smallholder farms in Sri Lanka, Kenya, Samoa and India, growing coconuts, palm oils and mint oils.

Finding the right location and farmer for each project was serendipitous, a sentiment reflected in the name of each local company as well as the umbrella organization, Serendiworld, LLC. The local projects include Serendipol in Sri Lanka, Serendipalm in Ghana, SerendiCoco Samoa in Samoa, SerendiKenya in Kenya and Serendimenthe in India.

The Kenya and India projects since have been transferred to different partners, but they continue to collaborate with Dr. Bronner’s. Gero Leson, vice president of special operations and Ph.D in environmental science and engineering, explains that the inspiration behind the names for each project came from "the Arab name for Sri Lanka, Serendip, which means jewel. But in English, serendipity signifies coming across something by good fortune, and not by plan, which is the theme of all of our projects because we found them by chance. We were always looking for partners who were competent, but the actual location of the projects always came to us by serendipity."

According to Leson, the company’s initial motivation to shift to organic raw materials in 2003 stemmed from concerns that farmers and farm workers were exposed to pesticides and other unsafe working conditions. By 2005, it realized that buying organic materials was not sufficient because it did not provide adequate transparency about the social conditions involved in farming and processing. The company felt it needed to be directly involved in the production process to impact the livelihoods of workers in their supply chain. It was also the only way to guarantee a reliable source of raw materials with high ecological and social standards. Leson said that with this initiative, "at the very least you knew where your raw materials came from."

The company felt it needed to be directly involved in the production process, Leson said, to impact the livelihoods of workers in their supply chain.

When the collaborations between Dr. Bronner’s and the local farmers first began, not only were FTO practices non-existent in these regions, but the use of pesticides was prevalent, labor conditions were poor, crop prices were low and workers were paid unfair wages, said Leson. Dr. Bronner’s first introduced the benefits of FTO practice to these regional farmers. As Leson confirmed, it has "taken 12 years to get here." Since then, Dr. Bronner’s has developed close relationships with other FTO projects, such as Canaan Fair Trade, its supplier of FTO olive oil since 2006.

Dr. Bronner’s is leveraging the success of the Serendiworld projects to work towards strengthening other FTO markets. Leson said, "Our concept is to help build projects and then step back. Several of our Serendi projects don’t only sell to Dr. Bronner’s, but also sell to companies like Rapunzel, Germany’s largest organic brand, and to GEPA, Germany’s largest fair trade brand. We want [the local companies] to have an impact, be able to scale and naturally, have other customers."

Serendiworld has been providing Rapunzel with palm oil to use in its chocolate spreads and Dr. Bronner’s is helping to create additional markets that support FTO farming techniques for more controversial products, such as palm oil. The company is practicing what is called "dynamic agroforestry," which grows palm oil without exacerbating deforestation.

After 30 years of pineapple production in the Ivory Coast, a reforestation project applied this technique to reforest land that had been degraded using unsustainable techniques. This project planted crops such as cocoa, cashew nuts, palm oil, rubber, fruit and timber trees together on the same 60-hectare plot of land. Within a few seasons, the health of the soil was completely restored. It is expected to generate even higher yields compared to its previous strategy of monoculture planting.

Agroecology and regenerative agriculture are increasingly important to Dr. Bronner’s for their valuable role in improving soil fertility and for addressing climate change through increasing agricultural resilience. Droughts pose the most detrimental climatic threat to the Serendiworld projects.

In Sri Lanka, significant droughts occur every three years, causing productivity to drop up to 50 percent, and in 2017, Kenya experienced a 50 percent loss in productivity due to drought conditions. "There have always been droughts. They are probably getting worse or less predictable. Do I know for sure? No. But is it worth taking protective measures? Yes. Absolutely. And that’s where regenerative agriculture comes in," Leson said. He explained that re-establishing the quality of the soil can increase its capacity to retain moisture, which makes crops more resilient to catastrophic events such as extended periods of drought.

Agroecology and regenerative agriculture are important to Dr. Bronner’s for their role in improving soil fertility and for addressing climate change through increasing agricultural resilience.

All of Dr. Bronner’s products rely on four main crops: coconut; palm; olive; and mint, accounting for 90 percent of the company’s use of raw materials. They use smaller quantities of numerous other ingredients, which they procure from other companies that also apply FTO practices including Lavandin farmers in France, tea tree farmers in South Africa and sugar producers in South America. Leson affirmed: "We won’t just stop with our raw materials; we will continue looking at minor ingredients and at ways to promote more regenerative agriculture and fair trade conditions on the ground."

Serendiworld is exploring the potential of incorporating cacao into its existing coconut oil project in Samoa. When asked about how this came about, Leson explained that this "was just serendipity, as usual." It happened that many of its palm oil growers in Ghana also grow cocoa on separate plots of land, but previously they were using free pesticides supplied by the government. The farmers approached Dr. Bronner’s and asked for their support in transitioning to FTO practices, which inspired the collaboration. At the same time, a customer expressed interest in diversifying its supply of organic cocoa beans to West Africa and "then it just expanded from there to a point where now Dr. Bronner’s is thinking, maybe we should make chocolate one of these days," explained Leson. "Since Samoa used to be a major source of cocoa, we then decided to extend the concept of dynamic agroforestry, with coconuts and cocoa as main crops, to that country."

Leson recognized that "what we [Dr. Bronner’s] do is almost crazy," and understood "that for many companies of our size, it is a little too much" of a challenge to replicate. However, he reassured that companies can do many things to be more socially responsible without procuring their own raw materials.

He encouraged other companies to learn more about their supply chains and to select suppliers that are ecologically and socially minded. "At the very least, look at where your raw materials come from and not just whether it’s fair trade and organic. Often, organic means nothing. Actually, engage with the supplier, see where you can support them, scrutinize them, and make sure that what they do is real. Also, cooperate with other socially conscious companies and pool your purchasing power to improve conditions on the ground. I believe that it’s something that more and more companies in the natural product sector can do and should do." 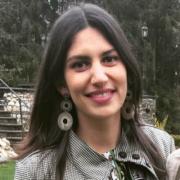 See all by Ana Christina Gaeta