It has been six years since $9.6 billion conglomerate Eastman Chemical committed to ensuring at least two-thirds of its new product revenue was tied to “sustainably advantaged” materials.

And as of its latest environmental progress report, the company remains ahead of that goal.

Generally speaking, Eastman’s definition of sustainable products and technologies refers to materials or chemicals that have a less invasive impact on the environment than competitive alternatives.

One example is the company’s Tritan copolyester, which contains no bisphenol A (BPA) and can be for used for products traditionally made out of hard plastics such as small household appliances. Two well-known household brands that have adopted Tritan in their own product lines include Hamilton Beach and Rubbermaid.

Another successful innovation is Eastman’s Tenite cellulosics series, plastics made with 40 percent renewable wood pulp. A composite of this material developed in collaboration with Weyerhaeuser is now central to the design of electric guitars from RKS, a company recognized for its dedication to using alternatives to endangered Indian ebony and Brazilian rosewood.

So how does Eastman spread the word about this new materials—and get some valuable design advice along the way?

The company gives at least partial credit to the Eastman Innovation Lab (EIL), an initiative created to market the credentials of its sustainable materials and to guide companies that want advice about which materials might make sense for their own products. “It’s a resource for the design community,” said Farrell Calabrese, creative manager for the lab.

EIL was central, for example, to shaping decisions surrounding the ultimate makeup of electric guitars designed by RKS. The group helped RKS experiment extensively with different grades of material, with an ear to the warmth and depth of the tones that the material was capable of producing. “If I don’t know what I want to do, when I’m seeking inspiration, they help me,” said Scott Clear, chief design and innovation officer at RKS Design, describing his long-time collaboration with Eastman. 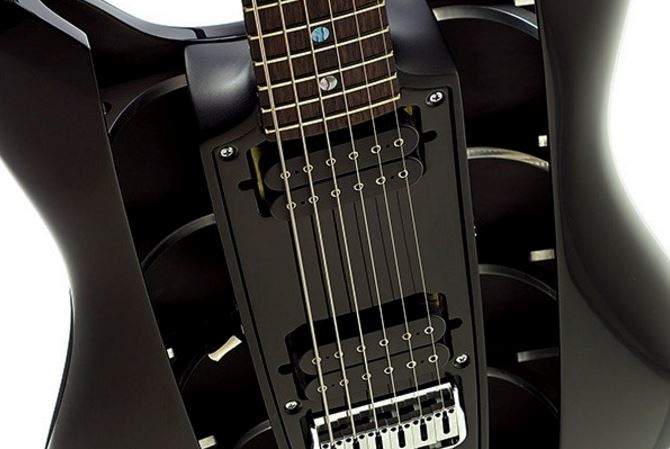 Clear has actually worked closely with the company for the better part of the past decade. “I feel like they have made me a resident designer,” he said.

Aside from the guitars, he was involved in experimenting with potential applications for Eastman’s Cerfis technology. Among other things, the material is used for “no paint” moldings, floors and furniture. Among its environmental credentials: Cerfis eliminates volatile organic compounds, it streamlines the manufacturing process traditionally associated with these materials, and can be produced with less solid waste.

Calabrese said EIL uses feedback from designers to tweak formulations. One area of ongoing innovation centers on Amphora, a styrene-free polymer intended for 3D printing applications. EIL is working with designers from different industries to brainstorm applications. For example, the material meets Food and Drug Administration guidelines for use in food services. It is also being embraced for limb prosthetics. 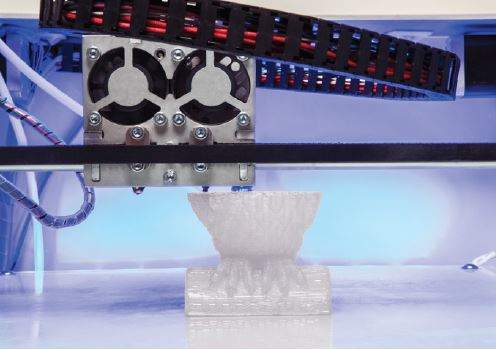 Where else can designers research or learn about sustainable materials or? Here is information about other research and education resources offered by three of the world’s biggest materials and chemicals companies. (This list is arranged alphabetically, and it is not all inclusive.)

Like Eastman Chemical, the world’s largest chemical company has invested in a digital presence for its innovation center. The site is meant to highlight ongoing research and development activities. From a more practical perspective, BASF manages more than 600 “active collaborations” on chemicals for a sustainable future in collaboration with universities, customers and research institutes.

The company is building an innovation center in Freeport, Texas, that will focus on breakthroughs in materials research – with a specific focus on food packaging, automotive, and personal care applications. The site, scheduled to be completed by the end of 2016 will employ around 2,000 people. It will consolidate several existing facilities and creative “collaborative” space where the company can work on research together with customers, academics, and partners.

Although DuPont’s future is in flux — due to its pending $130 billion merger with Dow – its revenue from “nondepletable” resources doubled from 2007 to 2012 to almost $12 billion at the end of that timeframe. The company manages a global network of at least a dozen Innovation Centers worldwide, which customers can visit to work on joint design and research projects in collaboration with DuPont scientists and engineers.

Inside the strange, circular world of advanced materials

How to Build Your Company's Sustainability Cred