How to effectively design for a biodiverse, urban future

Not long ago, a jockey at Cannon Park Racecourse in Cairns, Australia, mistook a 15-foot-long python for a "giant crack” in the raceway. He was rounding a corner at full gallop when the snake suddenly appeared before him.

The presence of such a big reptile in a rapidly growing suburban area is remarkable. The snake is not dangerous to people, but to survive it has to find shelter, dodge speeding cars and find a supply of wallabies and other mammals to eat. That it has persisted has some things to teach us about making our growing cities friendlier for wildlife — and healthier and more livable for people, too.

Making our cities more livable is vital given that, by the end of this century, there are projected to be around 11 billion people on Earth — of which an incredible 9 billion will be living in cities. Trees and other vegetation reduce air pollution, limit flooding, improve water quality, store carbon and improve urban climates. Native wildlife can help limit pests and disease vectors such as mosquitoes and rats. And exposing urban children to nature is one of the best strategies for educating them about the vital need to make our world more sustainable.

Before getting into the nitty-gritty of urban design, it’s important to realize that a surprising amount of biodiversity can potentially persist among the skyscrapers, housing estates, shopping malls, parks and greenbelts that constitute our modern cities.

For instance, a few years ago I was driving at night in Washington, D.C., in a neighborhood with dense trees. I was stunned to see a great horned owl — one of the largest birds of prey in North America — puffed up in the middle of the road. It glared at my headlights and grudgingly flew off. Beneath it was a young house cat — disheveled but evidently OK. The cat ran away, no doubt hugely relieved not to be part of the suburban food chain.

Even some vanishingly rare species can use cities. Imperiled plants have been discovered in weedy abandoned lots, endangered snails inhabit irrigation pipes and the threatened southern cassowary regularly enters backyards in tropical Queensland looking for fruiting plants, so long as dogs are not present. Similarly, imperiled Carnaby’s black-cockatoos have come to rely on seeds from exotic pine plantations in the suburbs of Perth, Australia.

Of course, some species never will thrive in cities. Many forest-interior birds strongly avoid altered habitats, as do some strictly arboreal species, such as certain primates, possums and frogs. The army-ant-following birds of tropical forests won’t stray into cities because the ants don’t go there, either. And we probably don’t want big predators such as grizzly bears in cities, no matter how cuddly they might look.

But that still leaves a great deal of biodiversity that potentially could use urban, suburban or peri-urban areas if we can make those environments more wildlife-friendly. When protected from human interference, for example, peregrine falcons will use ledges on skyscrapers as nesting sites and help reduce feral pigeons that can overpopulate our cities.

Fortunately, many strategies for enhancing urban livability for nature are not complex.

First, most wildlife species benefit from "connectivity" — the ability to move from one place to another. Whenever possible, that means retaining or creating greenbelts, continuous wildlife corridors and strips of intact vegetation along rivers and streams. Crisscrossing cities with such linear features — the wider, the better — is a winning approach.

Second, creating road-free zones in urban areas — where foot traffic and bikes might be allowed, but no roaring vehicles — is a great strategy for nature. A lesser option is to minimize road kill by slowing vehicle speeds in key wildlife areas, especially at night when many species are active.

Third is keeping pets out of wildlife-friendly areas and limiting feral animals. Dogs and cats not only kill and harass wildlife, but also create a "landscape of fear" simply via their odors and scent-marking.

Fourth, we should avoid low-density housing sprawl into forests and other wildlife habitats. Houses in such areas have disproportionately great impacts on nature via the many roads they require, their dogs and cats and their strong tendency to fragment habitats.

We should avoid low-density housing sprawl into forests and other wildlife habitats.

Finally, our cities will have a lot more wildlife if they don’t become urban "islands" surrounded by unbroken, human-dominated lands that are hostile to most species. The key goal is to maintain some wild or semi-wild habitat in the broader peri-urban areas surrounding cities — because such lands are a major source of wildlife. Even isolated patches of habitat can be very useful as "stepping stones" — temporary resting and feeding places for wildlife as they try to traverse risky human-dominated landscapes.

The five principles highlighted here just scratch the surface. Individual species may require local fine-tuning; for instance, cities along coastlines will want to emphasize the protection of shoreline habitats. The Singapore Index, developed by Singapore and the Convention on Biological Diversity, provides a useful way for cities of all sorts to gauge and monitor their efforts to conserve biodiversity.

Clear goals are important — but they’ll be useless unless they’re implemented in our rapidly growing cities. And therein lies a critical problem. Far too often, urban planners don’t understand how to make cities more wildlife-friendly, and the financial and political pressures from land developers are enormous. Corruption and backroom deals can play a big role, too.

Decision-makers will make wildlife-friendly cities a priority only if their constituents demand it. And that means doing things such as forming urban-wildlife groups, attending city council meetings, lobbying politicians and demanding proactive land-use planning.

That big python on Cannon Racetrack in Cairns has a stake in making our burgeoning cities friendlier for nature. And so do the rest of us. Whether it’s giving endangered species a break or providing our children with a firsthand look at nature, the benefits are bountiful. Let’s give them a chance. 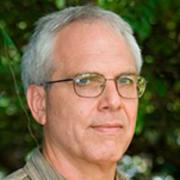 See all by William Laurance