As people across the globe prepared to take to the streets for Friday's Global Climate Strike — including close to 2,000 of its own employees — Amazon on Thursday announced "The Climate Pledge" and finally provided more clarity around its climate action strategy.

The pledge, which the $233 billion retailer created with Global Optimism, a social and environmental change enterprise, is a commitment to meet the objectives laid out in the Paris Climate Agreement in 2040, a decade earlier than the agreement’s 2050 goal. Amazon has asked other companies to sign on.

"Large companies signing The Climate Pledge will send an important signal to the market that it’s time to invest in the products and services the signatories will need to meet their commitments," Amazon CEO Jeff Bezos said in a statement.

Global Optimism's founding partner Christiana Figueres was executive secretary of the United Nations Framework Convention on Climate Change from 2010 to 2016 and was instrumental in bringing together governments, corporations, activists and others to pass the Paris Climate Agreement.

Amazon agrees to measure and report its greenhouse gas emissions on a regular basis, implement decarbonization strategies, and reduce its carbon emissions to net zero.

As the New York Times reported, along with the pledge announcement, which garnered the most attention, Amazon released metrics about its carbon footprint: about 44.4 million metric tons for the 2018 fiscal year. That figure includes all of the company's branded products, as well as its entire transportation network, including third parties, according to the company's calculations. Bruno Sarda, president of CDP North America, told the Times that Amazon’s emissions compare to that of a large power company.

And as the first signer of the Climate Pledge, Amazon has agreed to measure and report its greenhouse gas emissions on a regular basis, implement decarbonization strategies and reduce its carbon emissions to net zero. It will take a lot of work to get there.

Still, some point out that the company's history leaves reason for skepticism. "Greenpeace welcomes the commitment from Amazon’s CEO Jeff Bezos to the early achievement of Amazon’s targets to meet the Paris Climate Agreement’s 1.5 degree temperature threshold by 2040, but the company must be more transparent about how it plans to rapidly transition off of fossil fuels if it hopes to achieve this credibly," Gary Cook, senior corporate campaigner at Greenpeace, said in a statement. "What we've seen in the past from Amazon is a significant disconnect from Amazon's environmental goals and its actions, and we continue to see this disconnect in today’s announcement." 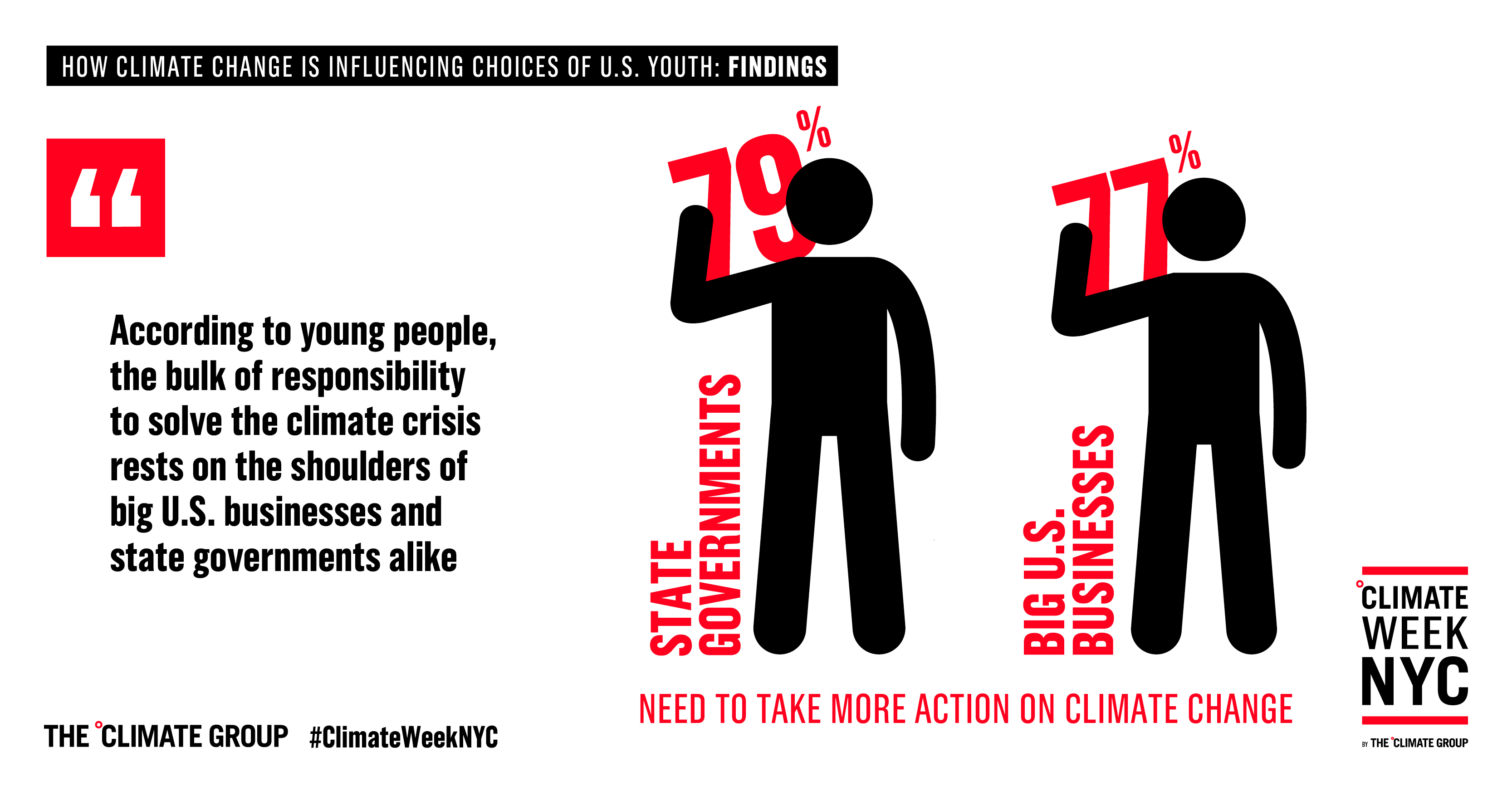 This move from Amazon comes at a time when many Americans believe climate change is a serious issue or crisis that needs immediate action. The majority, 80 percent, of Gen Z — people ages 16 to 24 — support U.S. companies adopting renewable energy in place of fossil fuels, according to research released Friday from the Climate Group.

The group Amazon Employees for Climate Justice said the pledge by its CEO is a victory and that the company still can do more.

Justin Campbell, a data engineer at Amazon who is part of Amazon Employees for Climate Justice, said the group wants to make sure the company pilots the electric vehicles in low income and communities of color that are most affected by climate change. Additionally, the group is calling for Amazon to commit to stop extracting oil and gas from the ground, as well as getting to net zero emissions by 2030 instead of the stated 2040 goal.

While the Climate Pledge hasn’t met the Amazon Employees for Climate Justice’s suggested commitments, Campell said the group's work has been "really effective so far."

"Grassroots movements are effective, but they typically don’t happen fast," said Campbell, who got started with the movement when the employee shareholder resolution started being drafted about a year ago.

Over 1,700 Amazon employees pledged to walk out Friday in support of the youth-led Global Climate Strike, which expects people from over 150 countries to join.

Amazon employees’ activism played a major role in getting to this tipping point — including the employee stakeholder resolution that failed to pass in May but ultimately united Amazon employees and their push for the company to be more transparent when it touts its meager efforts to address the climate crisis.

"We know that the Paris agreement, by itself, won't get us to a livable world, and Amazon still has work to do: halting its support of the fossil fuel industry, stopping donations to climate-denying politicians and think tanks, and stopping enabling the oppression of climate refugees," Amazon Employees for Climate Justice wrote in a statement.

As of Thursday night, over 1,700 Amazon employees had pledged to walk out Friday in support of the youth-led Global Climate Strike, which expected people from over 150 countries to join. Workers from fellow big tech companies Google, Facebook and Microsoft likewise had planned to join them.

"This movement is growing across the tech sector. Hopefully, we’re building a blueprint that can be used to do a lot more good," Campbell said. "Having these other tech employees reach out and join us is another sign that what we’re doing is working."

Patagonia, Ben and Jerry's and numerous companies in other sectors planned to close their stores and offices so that employees could join the Global Climate Strike. Demonstrations in the United States and around the world have started. Millions of people are participating in the strike. In Berlin, 100,000 people were estimated to be in attendance and in Australia, 300,000 people. Antartica even had a turnout of a small group of researchers.

Video from Gale Brewer, president for New York City's Manhattan borough, showed the massive scale of the turnout in the city, where its Department of Education allowed 1.1 million students to walk out with permission slips from their parents.