This is an excerpt from Chapter 15, “Policies for a Post-2015 World,” from Designing Climate Solutions by Hal Harvey, with Robbie Orvis and Jeffrey Rissman. Copyright © 2018 by the authors. Reproduced by permission of Island Press, Washington, DC.

Although support for further research in these technologies is broadly needed, three policies, in particular, can help accelerate their development.

Government support for R&D is the core policy for ensuring that carbon-reducing technologies reach maturity. These technologies have large, positive social externalities (benefits whose economic value cannot be captured by the company deploying the technology), so without government support, companies may choose to direct their R&D efforts elsewhere.

Strong carbon pricing is critical to accelerating these technologies. By putting a price on carbon, governments can help create additional economic value for carbon-reducing technologies and encourage private sector investment. 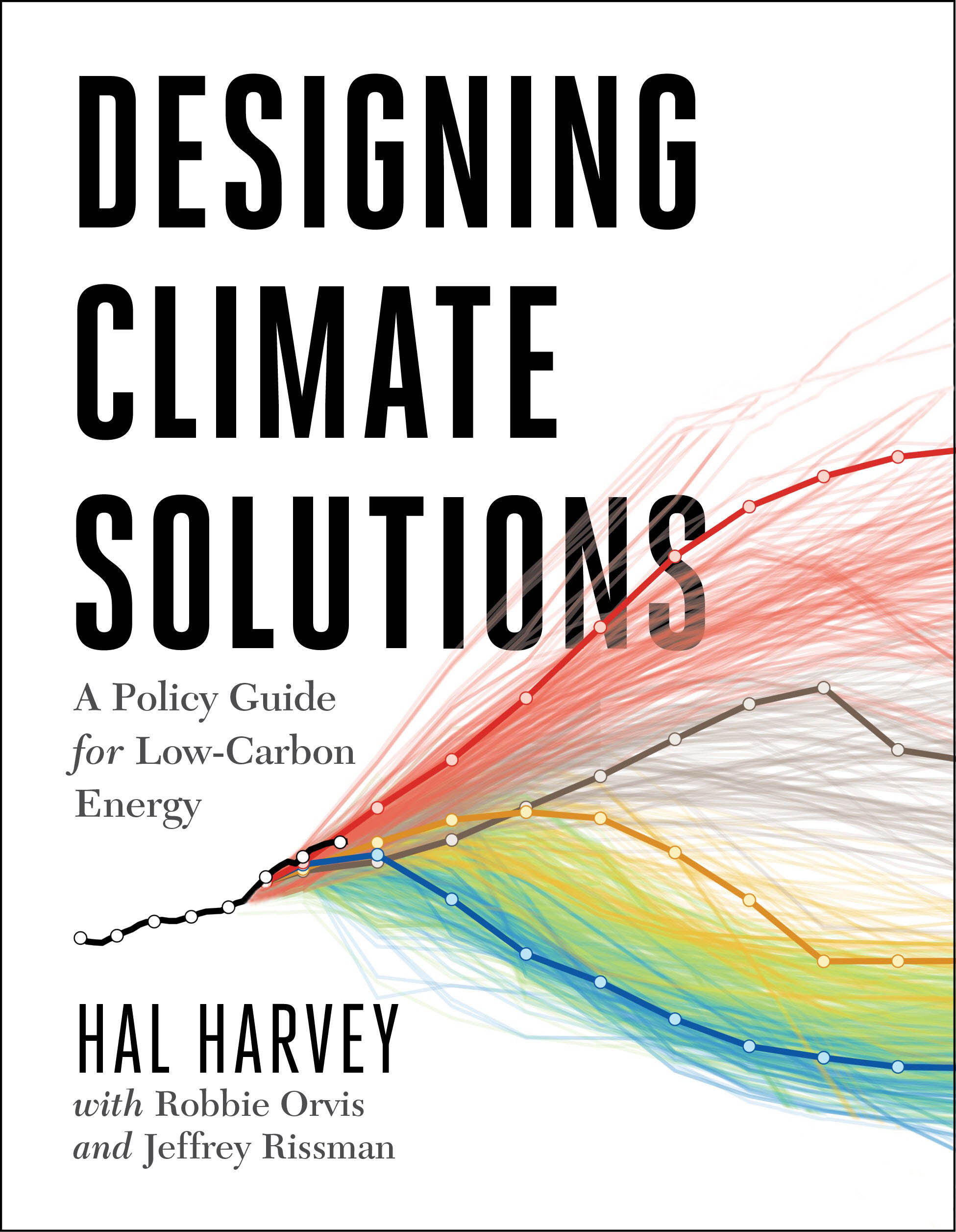 It may be possible to fully eliminate carbon emissions from the electricity system and to electrify many end uses. For example, renewables and nuclear may be able to supply all electricity needs when combined with flexible demand, large balancing areas, energy storage and overbuilding wind and solar while putting excess electricity to a useful, non–time-sensitive purpose such as the creation of hydrogen. However, there are some sources of CO2 emissions that may be difficult to eliminate. For example, manufacturing the clinker in cement releases CO2 emissions, and the share of clinker in cement likely cannot be reduced below a certain percentage without affecting the material’s structural properties. Another example is the manufacture of new iron and steel (rather than reforging scrap iron and steel in an electric arc furnace), which uses carbon not just as a source of energy but also as a chemical-reducing agent.

Innovations in material science may one day allow the replacement of cement or steel with novel materials with similar structural properties. However, it may not be possible to eliminate all industrial emissions, particularly if efforts to develop and commercialize novel materials encounter problems or cannot be scaled cost-effectively to satisfy the global demand for these materials.

Carbon capture and sequestration (CCS) provides a means whereby humans may continue to manufacture traditional materials without adding CO2 to the atmosphere.

Carbon capture and sequestration (CCS) provides a means whereby humans may continue to manufacture traditional materials without adding CO2 to the atmosphere. A CCS system extracts CO2 from a stream of waste gases, uses pressure to liquefy the CO2, transports it to a geologically suitable region and pumps it underground for indefinite storage. CCS is already used successfully in the oil and gas industry for enhanced oil recovery, and demonstration facilities using CCS for industrial process and power generation exist around the world. Some CCS power plants might use the Allam cycle, a combustion process that uses CO2 as the working fluid and produces a very pure stream of CO2 exhaust, which is easier to capture than CO2 diluted in air.

CCS may be used by power plants burning biomass (such as wood) rather than coal or natural gas. This is called bioenergy with CCS. Because the carbon in biomass was recently removed from the atmosphere by plants, storing it underground reduces atmospheric CO2 concentrations.

In addition to the challenges related to the CCS technology itself, bioenergy CCS faces additional hurdles. One issue is the amount of land needed to grow bioenergy crops, which may be very large. Care must be taken to ensure bioenergy CCS does not result in food insecurity or in deforestation to obtain additional cropland. There exist promising research directions that aim to address these challenges. For example, more R&D is needed to develop multifunctional land uses (e.g., to allow the same land to produce food and bioenergy crops). Another route is to derive high-value alternative fuels from bioenergy crops (e.g., liquid transportation fuels) before the residue is burned for bioenergy CCS, thereby improving the economics of devoting land to bioenergy crops.

Achieving negative emissions necessarily involves removing CO2 from the atmosphere. Apart from bioenergy with CCS, various techniques have been proposed to accomplish this, although they are in early research stages.

Although all techniques in this section capture CO2, direct air capture usually refers to the use of chemical processes to extract CO2 from the atmosphere, analogous to the way scrubbers capture CO2 from the air inside spacecraft. Unlike bioenergy with CCS, these systems do not use large amounts of land, so they would not pose food security or deforestation risks.

The estimated cost of a system that captures 1 million tons of CO2 per year was $2.2 billion as of 2011.

The other challenge facing direct air capture systems is cost. The estimated cost of a system that captures 1 million tons of CO2 per year (roughly 0.02 percent of annual U.S. emissions) was $2.2 billion as of 2011. Over the plant’s lifetime, the all-in cost is $600 per ton of CO2, roughly eight times higher than the cost per ton to capture CO2 from the flue gas of a coal power plant. (Exhaust streams feature higher CO2 concentrations, which makes the CO2 easier to capture.)

Research can help improve the energy efficiency and lower the capital cost of direct air capture systems. As with other technologies to remove CO2 from the atmosphere, carbon pricing can provide an economic incentive and the possibility of financial returns.

In nature, when certain types of minerals (such as olivine) are exposed to air and water, they undergo chemical reactions that extract CO2 from the atmosphere and store it as a carbonate mineral. These minerals make their way to the ocean, where organisms use the minerals to form shells and skeletons. When the organisms die, the material sinks into the deep ocean and eventually may be converted to limestone.

Although this natural process is too slow to help reduce atmospheric CO2 concentrations on human timescales, it may be possible to accelerate the natural process. For example, if large quantities of olivine and similar minerals were mined, finely ground (to increase their surface area), and spread on beaches or other land exposed to water and the atmosphere, the rate of CO2 capture could be accelerated.

Unfortunately, given current scientific understanding, the amount of olivine we would need to use would be very large, and the mining, transport, grinding and spreading of the olivine would have to be done in a manner that releases few if any carbon emissions in order to achieve net sequestration. Additionally, for the sequestration to be sufficiently rapid, the olivine may have to be ground to particles with a mean diameter of less than 10 microns, a microscopic size that is easily aerosolized and could be inhaled (as PM10). More research would be needed to develop improved techniques before enhanced weathering could be considered a viable option for CO2 removal on human timescales.

Phytoplankton are photosynthetic organisms in the ocean that extract CO2 from seawater to build their bodies. When plankton die, they sink to the ocean floor, sequestering the CO2 in their bodies.

There are a number of challenges with this approach. Many phytoplankton produce toxins, so encouraging their growth could lead to an increase in harmful algal blooms that threaten the health of marine ecosystems (and can harm or kill humans who eat contaminated seafood). Also, when phytoplankton die, the bacteria that decompose them may deplete the oxygen in the water, leading to a "dead zone" that suffocates animal life. Finally, algal growth in one area can inhibit algal growth in another area, and nutrients other than iron may become limiting nutrients in some places, so the effectiveness of iron seeding at increasing overall phytoplankton numbers has been questioned.

More research could help determine whether ocean fertilization can be done safely and whether it offers significant CO2 removal potential. 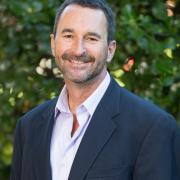 See all by Hal Harvey