How energy companies do (and don't) manage their water footprints

[Editor's note: Today is World Water Day; in addition to this article on how energy companies manage their water footprints, be sure to also read Robert Kropp's article about the growing flood risks coastal cities face from climate change.]

"If climate change is the shark, then water is its teeth," declares Paul Dickinson, CEO of the Carbon Disclosure Project. He paints a grim but appropriate picture of the linkages between water and carbon, and, less obviously, water and energy.

In a prior article, we explained why water should be integrated with energy strategies. Here we explore how different organizations, particularly oil and gas companies, have approached this.

Corporate responses to such activities vary, but overall they have grown increasingly sophisticated as IT advances have enabled more data-driven insights. IBM and the King Abdulaziz City for Science and Technology are partnering to research solar-powered desalination in Saudi Arabia, where water-related spend constitutes 8.5 percent of the national budget (according to a senior Saudi official).

Meanwhile, most oil and gas companies remain silent when it comes to developing integrated, long-term water strategies. Only 47 percent of oil and gas companies responded to the 2011 Water Disclosure report, the lowest response rate of any sector. Notables such as Chevron, ConocoPhillips, ExxonMobil, and Total SA did not publish their responses or declined to participate.

Silence shouldn't be mistaken for ignorance. Among those that did respond, 72 percent acknowledge their exposure to water-related risk compared to the Global 500 average (59 percent), an encouraging sign for those following players like Anadarko, BP, Encana, Hess, Occidental, or Statoil.

While some oil and gas companies recognize what's at stake, their efforts don't appear integrated with their corporate strategies.  At a basic level, their extensive data collection does not consistently translate into performance management: 84 percent of those respondents set water targets, but only 44 percent have quantitative ones.

More importantly, water management remains low priority on senior executive agendas. Only 36 percent of respondents report Board oversight of their water strategies, lower than any other sector -- 8 percent even reported that no one is responsible for those strategies. This highlights two different challenges: a gap between knowledge and action, and a gap between action and communication.

To help bridge the knowledge-action gap, the energy sector may need to enlighten its own stakeholders about the scope and magnitude of water-related risks and opportunities that it claims to recognize. Water needs to be managed by C-level executives (not just by CSR or other functional managers) and as a driver of market growth (not just operational efficiency or brand equity).

Framing water-energy issues as strategic, Board-worthy agenda items will demand senior-level accountability and help mobilize resources toward longer-term investments. These investments could be quite lucrative. Last year, ConocoPhillips' $300 million joint-venture with General Electric and NRG invested in its first water-related business, an energy-generating wastewater treatment company. With the wastewater treatment industry estimated to be worth $100 billion, this is an investment in revenue potential.

Shareholders might respond to such investments more favorably if the costs and benefits are clearly articulated to them. Al Gore's asset management firm warned investors that oil and gas companies aren't properly valuing water, but the same might be said about the investors themselves.

And all the boards did shrink

To the energy sector, the upside of publicly endorsing, let alone co-authoring, such a report may seem limited or even counter-effective.

Recent efforts to reduce water intensity and accelerate water-related R&D by Suncor Energy, Canada's largest oil sands producer, have been laudable but hardly audible given mainstream media coverage of the Keystone XL pipeline (including its potential impacts to water quality), which would source crude oil from Canadian oil sands. Why bother with show-and-tell when few are listening and the potential downsides, such as increased public scrutiny, threaten to undermine efforts?

For those that see the linkages between water and energy as more than mere cost avoidance, media and public attention shouldn't matter. Any perceived benefits of reticence only exist so long as would-be-concerned stakeholders lack sufficient information -- and those days, along with the era of cheap water, are over.

Failing to develop sound strategies, including engaging stakeholders and cross-industry partners, ahead of rising costs may soon result in more than just missed market opportunities. Given the essential relationship between water and energy, oil and gas companies should be riding atop -- not beneath -- the wave of water-energy issues surely to come. 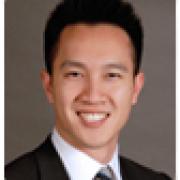 See all by Simon Lim