For the last two decades, the European Union has played a leadership role in tackling the risks hazardous chemicals pose to our health and environment. It has now proposed a new vision for a "toxic-free environment" and published a strategy for moving the EU towards that goal. Just as its current policies have inspired imitation, it’s likely that these new policies will drive significant changes in the U.S. and elsewhere.

While EU chemical restrictions have gained limited traction in U.S. federal statutes and regulations, many state laws increasingly rely on the chemical hazard criteria and analyses from REACH (the principal European chemical regulation) and other EU laws and regulations.

California legislation, for example, prohibits sale of electronic products that would be subject to the EU Restriction of Hazardous Substances (RoHS) directive if amounts of cadmium, lead, mercury or hexavalent chrome in those products exceed EU RoHS limits. Many U.S. companies base their restrictions on hazardous chemicals on EU lists or restrictions such as the Substances of Very High Concern (SVHCs) under REACH — even where unregulated in the U.S.

The EU plans to promote safer substitutes or eliminate the need for chemical additives in some products altogether, so they do not end up being circulated indefinitely in commerce.

The EU chemical regulation footprint is also strong in the rest of the world. Several countries in Asia, including China, the world’s largest chemical producer, have developed national chemical regulatory programs strongly influenced by the EU’s design.

As the EU moves toward adopting specific legal and regulatory measures to begin to realize its vision, government agencies in the U.S. will look closely at the potential for adopting elements of the new EU programs. Beyond the regulatory world, many leading companies already at the forefront of looking to provide safer chemicals — including Walmart, Apple and Ahold Delhaize USA — are likely to move toward adoption of components of the new EU policies, with ramifications for supply chains and potential competitive benefits in the consumer marketplace.

Despite the successes of its current regulatory framework, the European Commission has found that "the existing EU chemicals policy must evolve and respond more rapidly and effectively to the challenges posed by hazardous chemicals."

In October, the commission published "Chemical Strategy for Sustainability: Towards a Toxic-Free Environment." To meet that vision, the EU plans a fundamental change in how chemical regulations manage the production and use of chemicals.

As explained by Frans Timmermans, commission vice president responsible for EU’s Green Deal, the EU intends to move away from an approach to chemical regulation that depends primarily on tracking down substances that are hazardous only after they’re already being used in products, even when similar to previously restricted substances. Rather, it will focus on prohibiting their use in the first place:

One of the first actions we will take is to ensure that the most harmful chemicals no longer find their way into consumer products. In most cases, we now assess these chemicals one-by-one — and remove them when we find out that they are unsafe. We will just flip this logic on its head. Instead of reacting, we want to prevent. As a rule, the use of the most harmful substances will be prohibited in consumer products.

Further, the new EU chemical strategy identifies a wide array of initiatives for realizing its goal of a toxic-free environment. Some are specific to the EU, including EU support for development of innovative green chemistry materials. Others are measures with general applicability for government regulatory agencies or company sustainable chemistry initiatives. Among the key measures are:

These above approaches are in some leading corporate safer chemical programs and, with clarity from the EU, they should be considered by more companies.

IKEA, for example, bans use in its products of some chemical groups (PFAS, organic brominated flame retardants) and hazard classes of chemicals (carcinogens, mutagens, reproductive toxins and any REACH SVHCs).

Beyond its direct effects on protecting health of consumers and reducing toxic chemicals in the environment, the chemical strategy is a key component in the EU’s path towards a circular economy that conserves materials and reduces waste. A critical barrier to circular production models for many products and materials is contamination with hazardous chemicals — either inadvertently added during sourcing and processing or intentionally added to change the product.

Through the chemical strategy, the EU plans to promote safer substitutes (the replacement of ortho-phthalates with non-hazardous plasticizers) or eliminate the need for chemical additives in some products altogether, so they do not end up being circulated indefinitely in commerce.

The EU has outlined a leading safer chemicals strategy that companies can begin to apply to their own operations. Tools such as the Chemical Footprint Project survey and other benchmarking tools can help support these initiatives.

Companies that take the lead in adapting their planning to the EU strategy will be ahead of EU requirements, mitigate future supply chain and product risks and operate in the best interest of consumers and the environment. 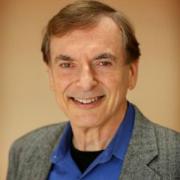 The race toward better chemical regulation

See all by Bob Kerr