When it comes to factories, manufacturing floors and industrial facilities, the interests of plant managers and corporate sustainability professionals are intimately intertwined.

Reducing energy consumption, minimizing freshwater withdrawals from local aquifers and reusing materials that otherwise might be scrapped makes sense from financial, environmental and social standpoints. Indeed, the production floor appears to be one place where efficiency-motivated capital expenditures advocated by the sustainability team actually might stand a chance of becoming reality in board rooms without too much of a fight.

That's even more true as companies of all shapes and sizes begin to mull the impact of the circular economy — one that prioritizes a radical shift in thinking about how resources are used and spins off new revenue streams in the process.

"The circular economy is at the heart of the promise of the industrial Internet of things," said David Mount, partner with venture capital firm G2VP who has invested in numerous companies. "That is the goal. So that you have a manufacturer who is building a product that is built for what their customers want, and it's got enough intelligence or connectivity or telemetry in it so that [the maker] doesn't lose track of the product the minute it sells the product."

The factory of the future already is being built

Many of the world's largest industrial companies have demonstrated leadership in sustainability-linked process improvements for years.

One exemplar is Intel, which has made dramatic commitments over the years — it used to use two gallons of water to wash fibers and other gunk off its chips; now it uses just half of that. And consider its plant in Chandler, Arizona, where the multinational semiconductor company orchestrated a groundbreaking relationship with the city to develop a new approach to treating water soiled in the process.

Automotive giant Toyota is also on the forefront of the movement to get more serious about envisioning the factory of the future. It has pledged to completely eliminate the greenhouse gas emissions related to its production centers by 2050; developing a completely closed-loop system for managing water is part of that.

The good news is that organizations don't necessarily need access to billions of dollars of investment capital to reset the way they approach production. Countless technology companies, including Microsoft, Google and perhaps most notably General Electric (think its Predix industrial Internet portfolio along with its $915 million buyout of ServiceMax) scramble to create software, analytics and cloud services that provide more real-time insights for manufacturing operations.

The circular economy is at the heart of the promise of the industrial Internet of things.

Indeed, more companies are beginning to use connected sensors and other devices to link machines and systems throughout their factories. Some of these gadgets show up initially as part of lighting efficiency retrofits (the bulbs are linked via wireless networks‚ but the result is the same — these technologies can help gather valuable insights into opportunities for improved operational and environmental efficiency. You can think of it as the internet of things (IoT), strictly for factories and other facilities where stuff is made.

"What is the great promise of industrial IoT for manufacturing? Better products, more efficiency, the right products delivered at the right time and getting real-time products on products as they are on the field, so that we know what customers like and so that we know when something breaks so we can fix it and keep our customers happier," Mount said.

One of the biggest areas where the internet of manufacturing can make an impact centers on energy. By measuring core operational data such as temperatures, pressure levels or the vibrations associated with certain machinery, plant managers can get a much clearer picture about when they need maintenance.

These insights can help companies cut energy consumption, because inefficient equipment usually uses more power than it should, said Jenny Linton, president of OSIsoft, which sells technology that analyzes data captured from sensors, manufacturing tools and power supplies. Its platform is called the Pi System, and it includes data capture and visualization tools.

"A lot of this data is already there, and managers might be writing it down and typing it into spreadsheets," she said. "We move the information from these different systems into one place."

[Learn more about the Internet of manufacturing at VERGE 17, from Sept. 19 – 21 in Santa Clara, California.]

OSIsoft has been at the center of several groundbreaking energy-related initiatives, including an installation at an Alcoa plant in Warrick, Indiana, where the technology was used to arbitrage when the smelting lines ran based on when it was more energy-efficient to do so. Canadian paper company Cascade is squeezing energy consumption by 2 percent annually. At food giant Kellogg's, the system identified some bad air compressors — the replacements saved at least $3.3 million for just one production line; the data records enabled the company to glean a $1.8 million rebate. 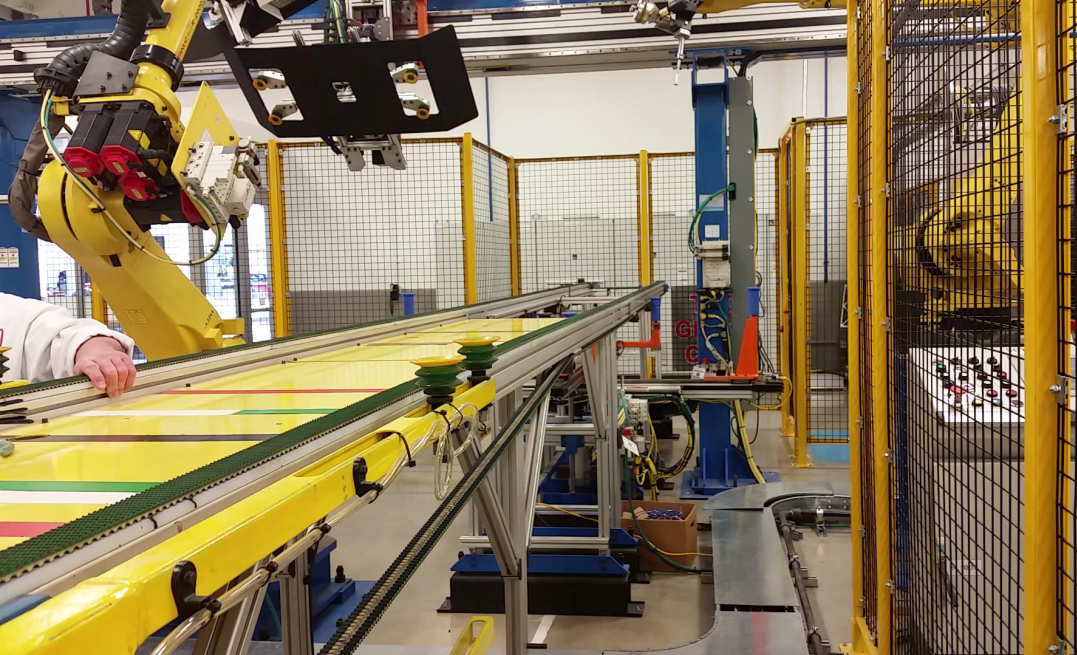 Getting onto the floor

Energy management applications are also a priority for networking technology powerhouse Cisco, which teamed up with contract manufacturer Flex in Penang, Malaysia, to test its circular economy principles — such as remanufacturing and disassembly — in live production environments.

Its platform consists of a cloud service that processes information collected from submeters installed across the manufacturing shop floor alongside thousands of sensors that were installed on virtually every piece of equipment in the space including heating, ventilation and air-conditioning and the thermal chambers used to test products. It took a matter of months for the facility to be wired up, starting with machines that were known energy hogs.

Flextronics used the information to reduce energy consumption at the site by about 20 percent, estimated Ryan Muessig, director of partner management for Cisco. "We look at the analytics to give us insight into where we should focus, the platform itself doesn't save electricity," he said.

The information has been particularly useful for identifying predictive maintenance and capacity optimization opportunities.

As one example, Muessig cited the example of puzzling data gleaned about a site's thermal chambers: the gathered metrics showed dramatically different trends for three pieces of equipment, even though they were the same make and model. Using that information, the manager was able to prioritize a production sequence that made sure the most efficient chamber is used first, in order to save energy. In addition, the maintenance schedule was adjusted to accommodate these nuances in "wear and tear."

"We're on a much more intelligence schedule now," Muessig said.