How the fossil fuel industry could redeem itself: Save forests

Even though the economy is shifting way from coal and oil dependence, the transition will take time.

The fossil fuel industry faces an existential dilemma. It produces and uses the very materials that contribute the most to global warming — and at a time when humanity aims to develop a new energy infrastructure based primarily on renewables.

The public and political pressure on the fossil fuel-based industries is set to increase following the recent adoption of the Paris Accord, which reiterated the longstanding agreement to limit the rise in global mean average temperatures to 2°C above pre-industrial levels, with aspirations of keeping that rise below 1.5°C.

These ambitions imply severely limiting total global fossil-fuel use in the near term and abandoning it in the medium term. They are backed not only by new energy technology but by growing initiatives ranging from the divestiture movement, to the demand to “leave [fossil fuels] in the ground,” to carbon taxes and emissions trading.

As a result, the Governor of the Bank of England has warned investors of the inherent risk of valuing reserves which may never be exploited, while the US Securities and Exchange Commission — as well as various investor groups — are demanding greater climate risk disclosure.

Major institutional divestiture of coal has already had a significant impact on corporate values, and British economist Anatole Kaletsky recently pointed out that the assets of non-state oil majors are now worth more than their market capitalization. The companies are, in other words, worth more broken up and sold than they are left intact.

At the same time, demand for renewables is growing, and so are the technologies that deliver them. Even with natural gas prices at historic lows, for example, solar energy is already approaching price parity in many major markets, while the demand for energy is slowing in the developed world as consumers embrace energy-efficiency, distributed power, and lower-energy lifestyles. This all leads to a Moore’s Law-like curve that increases the pressure on fossil fuel producers and users alike to change their business models.

The responses, however, vary from denial to avoidance of responsibility. Many companies have even begun racing to extract as much oil and gas and coal as possible and as fast as possible, making hay while the sun shines and damn the consequences. This approach, and the public and investor antipathy which it causes, will do as much as any other factor to hasten the energy industry’s ‘de-legitimisation’ and decline. 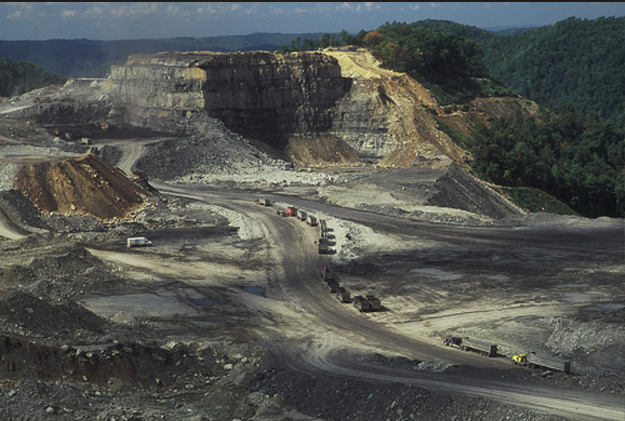 True, many energy executives have openly called for a carbon tax or price, but that simply transfers ownership of the solution from industry to policymakers — who have repeatedly failed to create a coherent global framework, leaving it to individual nations, states, provinces and cities to offer fragmented responses like the Obama administration’s top-down regulation of industry sectors, the cap-and-trade systems favored in Europe, South Korea, China and California, and the abortive subsidy regimes for renewable energy of Spain, Italy and the United Kingdom.

With no sign that we’ll be able to neutralize emissions at source as quickly as needed, the only practicable alternative is to offset them elsewhere, but industrial offsetting programs have a checkered history, and no such approach has ever offered the volumes that a large enterprise needs to offset emissions — anywhere from  30-100m CO2mt per annum. As a result, everyone is frustrated — industrialists and environmentalists alike.

The botany of redemption

Renewables are a large part of the future, but for the next few decades fossil fuels will continue to power a significant part of the world’s economy.  During that interval coal, oil and gas based industries must adapt or die. Given the lack of a coherent policy framework it falls to each company to find a way forward, a bridge to the future, that allows it to continue to operate its core business on a publicly acceptable basis. They need an approach, which at least compensates for the damage of fossil fuel use and possibly even does some additional good.

Fortunately there is just such a bridge, and it is available now at low cost and at commercial scale. It uses the most efficient and well-proven carbon storage technology of them all: photosynthesis.

Tropical deforestation and associated land conversion generate more than 30 percent of global greenhouse gas emissions according to the Intergovernmental Panel on Climate Change (IPCC). That’s more than the entire global transportation system and just behind fossil fuels in volume terms. We have already lost 50 percent of the world's intact forests and 20 million hectares of forestland continues to be destroyed every year, according to the World Resources Institute (WRI).

The ironic result is that there is now the capacity to re-store carbon dioxide at the industrial scale required to offset a large portion of the industry’s emissions by planting trees and protecting remaining forests. An average hectare of rainforest holds 500 tonnes of carbon dioxide, and hundreds of millions of hectares are under threat. According to WRI, over a billion hectares are available for reforestation.

Tropical forest carbon offset projects are particularly efficient in absorbing and storing carbon. After many years of debate, they have now entered the mainstream, but have not yet achieved commercial scale. The recent Paris Accord now explicitly endorses programs that slow climate change by saving forests (REDD+) and incorporate the safeguards long demanded by the NGO community.  The techniques of plantation forestry, reforestation and intensification of agriculture are all well established technologically and well proven commercially.

We now have, in other words, a convergence of capacity, need and know-how: What is required is corporate engagement and resources.  Most fossil fuel based businesses, and all extractors, have the requisite skills in project development and investment capacity for such projects.  Combined with forest project specialists and developers which can engage with local governments, communities and environmental interests, a commercial transition pathway is open to fossil fuel-based businesses of all sizes, no matter where they are located or conduct business.

There is sufficient capacity in politically stable areas not only to offset a sizable proportion of the emissions generated by burning fuel, but to neutralize the carbon footprint of a business’ entire value chain from origin through end of product life. “Green” gasoline, heating oil and electricity can all be made available to consumers now. Done correctly, such projects also generate a commercial profit from plantation forestry, biomass energy and, potentially, carbon trading.

For example, a carefully designed investment program of USD $100 million — less than the cost of drilling one deepwater ‘dry hole’ — can secure 70 million tonnes of carbon offsets per annum for decades to come. Such an offset program can effectively “green” a large integrated oil and gas company like Total or a large coal-based utility like Vattenfall. This investment, unlike a dry hole, offers real returns, an equity internal rate of return in the mid-teens, in addition to (and independent of) the market  value of the offsets.  In short, fossil fuel-based companies have the potential to achieve full carbon neutrality with an acceptable return on capital.

Such an investment program also offers manifold “soft” commercial benefits including: reputation enhancement, improved employee recruitment and retention, consumer acceptance, an enhanced social license to operate in both producing and consuming countries and a hedge against political risk. The benefits of carbon neutrality enjoyed by the project sponsor can also be extended to its industrial and retail consumers.  In other words, true cradle-to-grave carbon neutrality can be achieved now, without heavy industrial investment and with substantial competitive advantage.

These projects are also charismatic and often include poverty alleviation, rural job creation, female employment, biodiversity and fresh water conservation. The marketing potential is enormous for the company’s products and services. In other words, this approach offers a significant competitive edge at low or no cost and a strategy which protects the core business indefinitely.

A company adopting forest land-use projects would no longer be trapped defensively in the energy industry’s dilemma. Instead it would be a pro-active leader in its sector with a strategy for endurance and survivorship, of which to be proud.  It would have helped to save the world’s forests for future generations as well as itself.

See all by Eric Bettelheim