How fracking is stifling innovation in green buildings

The United States is experiencing an incredible domestic energy boom: energy imports are down and natural gas supplies are way up. But perhaps most important, low cost photovoltaics are at a tipping point for mass market adoption.

These energy trends have important implications for the building industry.

One of the most important questions is whether natural gas and its “renewable” derivative should be part of a net zero energy strategy. This question was front and center at the recent New Building Institute Getting to Zero National Forum in Washington, D.C.

Before we dive into buildings, though, let’s lay a baseline to understand the current natural gas market. The extraction of natural gas from shale plays has several negative impacts on the environment, all of which are externalized from the true cost of extraction.

Extracting the gas using hydraulic fracturing, more commonly known as fracking, leads to the pollution of massive amounts of water used in the process, requires significant amounts of transportation, has caused earthquakes in several parts of the country and releases methane into the atmosphere.

Fracking also comes with equally destructive social forces: creating a boom-bust cycle for local economies, disrupting families by separating workers from their loved ones and placing a burden on the transportation infrastructure of small communities.

Bottom line: the extraction of natural gas from shale plays is a destructive process. What is ironic, however, is that these issues could be mediated if the price of natural gas was higher.

The persistent low margins on natural gas mean that no money is left over for companies to invest in bare minimum regulatory measures that don’t go much beyond getting the gas out of the ground as cheaply as possible.

Unfortunately, the current price of natural gas does not reflect the true financial cost it inflicts on our environment and society.

As little as 10 years ago, the use of natural gas in buildings to power absorption chillers and generate cooling was considered a progressive approach to reducing our carbon emissions.

Today, builders have started implementing fuel cell technology as a path to reducing energy costs and, in a few instances, to make a case for achieving net zero energy through the use of biogas.

This is a progression in technological development, not market transformation.

As evidence, compare the Packard Foundation, which opened in July 2012 and was certified by the International Living Future Institute (ILFI) in 2014 as an all-electric NZE building. This was achieved through maximizing efficiency to match the output of the photovoltaic (PV) array that covers the roof.

A less intuitive example of efficiency to achieve an all-electric NZE building is the use of triple pane glazing to eliminate the need for perimeter heating. The triple pane glazing approach lowered the total cost of ownership and reduced the size of a more costly technological fix to efficiently heat the building; this is market transformation.

The Packard Foundation stands in stark contrast to the Brower Center, completed in 2009. It is a milestone in sustainability but achieves its energy targets with 50 percent natural gas. In California, the three years between when these two buildings were occupied saw a dramatic shift in all-electrical NZE buildings.

The current abundance of natural gas can lead building design teams astray as an apparent low-cost way to achieve net zero energy performance. Rather, the focus for building performance should remain on energy efficiency to create the opportunity for all electrical buildings to develop and support low cost PVs.

High density buildings such as high rises can still benefit from the low cost PVs even if they are not on site (see this article on the "Solar Shift"). In fact, avoiding PVs as your source of on-site energy doesn’t make financial sense: biogas fuel cells are pegged at 20 cents per kWh and are not expected to fall (PDF) to 9 cents per kWh until 2020. PV today can be as low as 7 cents per kWh, on or off your building.

The continued use of natural gas or biogas, whether through combustion or fuel cells, results in the release of carbon into the atmosphere contributing to climate change.

This release occurs either through the use of natural gas or its extraction regardless of whether it is used in a fuel cell. As Amory Lovins from the Rocky Mountain Institute (RMI) stated in his video address at the conference, fossil fuel combustion “is so 19th century.”

Brad Liljequist with ILFI pushed back against the use of fossil fuels for net zero buildings during the question period at the Getting to Zero Forum. Another attendee also raised concerns about the release of methane from shale gas extraction. The rest of us in the audience, including myself, didn’t do enough to engage in a real dialogue around the use of natural gas for net zero certification.

We can and should do better. It is only through dialogue around these issues that we will define a successful path forward. There is a case for natural gas to be used as a bridge fuel while we transform our economy and utilities, but only if it is used and managed responsibly, which it is not right now.

Buildings and communities that focus on energy efficiency and fuel cell strategies to achieve lower energy consumption are headed along the path to market transformation.

Until then, the ILFI net zero energy certification standard that does not permit the use of fossil fuels will remain the gold standard for defining net zero energy buildings for a sustainable future. 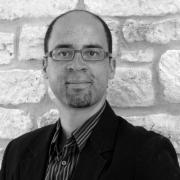