How GE and Apple shareholders became tools for climate deniers

A Washington, D.C.-based “communications and research foundation” dedicated to free-market principles is turning the shareholder resolution process into a tool for shaming companies for taking on climate change. It’s a turnabout of the tactic long used by environmental activists to press companies to be more proactive in addressing their climate impacts.

Think of it as Greenpeace standing on its head.

Last week, the National Center for Public Policy Research, a group “dedicated to providing free-market solutions to today's public policy problems,” claimed credit for a “major concession” by General Electric, “that the international conglomerate will no longer engage in any environmental project solely to address so-called climate change concerns.”

"For years, GE has been the poster boy for crony capitalism and corporate America's green energy cheerleader,” the center declared in a press release. “Now, GE shareholders have confirmation that the company's strategies will henceforth be led by true market forces and not by blind adherence to global warming zealotry."

Not so much. While the company changed the language on its website — possibly based on pressure from NCPPR, although the company won’t say — it claims it hasn’t changed its policy or operations one bit. It still unabashedly is focused on tapping what it sees as a massive business opportunity for renewable energy and other cleaner and more efficient technologies, aimed at addressing some of the world’s most pressing social and environmental challenges, including climate change.

“Nothing really has changed here. We clarify different policies all the time,” Seth Martin, GE’s director of financial communications, told me. “We’ve always said that these projects have to make business sense, that this is a business strategy.” He noted that the new language it posted “didn’t reflect a change of position or anything along those lines.”

The NCPPR approach is putting targeted companies in a tight squeeze, asking them to commit to policies these companies already may be pursuing, albeit not always formally, then claiming victory when they do or shaming them when they don’t. The latter happened to Apple last week; more on that in a moment.

In GE’s case, the shareholder resolution submitted by NCPPR read:

RESOLVED: The shareholders request that the Board of Directors adopt a policy that General Electric not undertake any energy savings or sustainability project for the sole goal of seeking carbon dioxide emissions reductions due to climate change concerns, except as required by law.

It’s hard to know where to begin parsing this sentence. The main point is that few if any companies I know are reducing carbon dioxide emissions without saving money, reducing risk or improving efficiencies. Some are investing in it, eyeing a business opportunity. As such, nearly every company with a carbon-reduction goal could pass NCPPR’s test.

Of course, that’s not the case with a “sustainability project,” however that’s defined — and, of course, it isn’t defined at all. Because sustainability covers an extraordinarily broad set of business activities — energy use, polluting emissions, human rights, employee rights, women's rights and philanthropy, among others — this wording is vague to the point of meaninglessness, even if you limit it to just environmental activities.

I reached Justin Danhof, director of the center’s Free Enterprise Project, to ask what, exactly, his concern had been about GE’s activities — that is, what was GE doing that might harm shareholder interests? 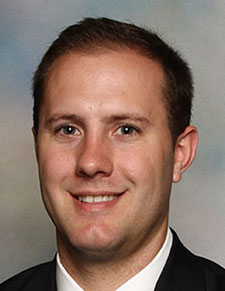 “We think there are occasions where sustainability and the free market can work in concert,” he explained. “Where companies jump off the rails is where there’s no reasonable return on investment, and that the only goal is to address the issue of so-called climate change. That’s where we have a problem, because it is not in the fiduciary responsibility of companies to work on those kinds of issues. A lot can be done within common business parameters and not jump outside and be divorced from normal business realities.”

In GE’s case, said Danhof, “We’re asking, ‘Where do your sustainability initiatives fall? Are you doing it solely out of concern for climate change, or with a business motive in mind?’”

GE’s answer, at least since May 9, 2005, the day it launched ecomagination, is that this is strictly business. Its chairman and CEO, Jeffrey Immelt, famously said, “Increasingly for business, 'green' is green.” For the company, this always has been a multi-billion-dollar market opportunity.

So, did GE capitulate to the NCPPR free-marketeers? It did significantly rework its citizenship page (click on the CSR link) to state that

…GE undertakes any new energy conservation or sustainability project when it addresses one or more criteria in addition to climate change concerns. Among the criteria that GE uses to evaluate such projects are that they contribute to GE shareholder value, advance innovation, address customer needs, fulfill our legal obligations or promote GE’s reputation.

That language, which roughly mirrors NCPPR's, didn’t previously appear there, for which NCPPR is claiming victory. GE wouldn’t comment on what prompted the change. However, the previous version of the page also prioritized shareholder interests, stating:

GE’s approach [to corporate social responsibility] is clearly aligned with the interests of long-term investors, offering exposure to a portfolio of infrastructure businesses and fast-growing emerging markets, combined with the disciplined management and culture of compliance needed to manage the corresponding risk and complexity.

Even the green media took the bait, picking up the GE-changed-its-policy narrative, albeit without actually bothering to check with the company.

Meanwhile, Apple last week was recipient of another NCPPR shareholder resolution, this one asking it to submit “a report on the company’s associations and memberships and trade associations that work on the sustainability issue,” according to Danhof. 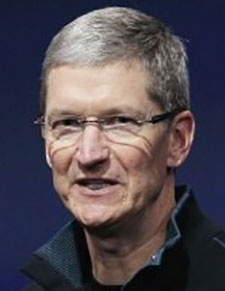 The resolution was roundly defeated — it got less than 3 percent of the vote — but the occasion provided Danhof the soapbox he needed to publicly confront Apple CEO Tim Cook during a Q&A session. According to several media reports, Danhof followed the GE shareholder script, asking Cook to pledge that Apple wouldn't do anything related to the environment that didn't follow a clear profit motive.

The question rankled the normally reserved Cook. As Bryan Chaffin at MacObserver reported:

What ensued was the only time I can recall seeing Tim Cook angry, and he categorically rejected the worldview behind the NCPPR's advocacy. He said that there are many things Apple does because they are right and just, and that a return on investment (ROI) was not the primary consideration on such issues.

"When we work on making our devices accessible by the blind," he said, "I don't consider the bloody ROI." He said that the same thing about environmental issues, worker safety, and other areas where Apple is a leader.

As evidenced by the use of "bloody" in his response — the closest thing to public profanity I've ever seen from Mr. Cook — it was clear that he was quite angry. His body language changed, his face contracted, and he spoke in rapid fire sentences compared to the usual metered and controlled way he speaks.

He didn't stop there, however, as he looked directly at [Danhof] and said, "If you want me to do things only for ROI reasons, you should get out of this stock."

That last comment was just the ammo Danhof needed. Within a couple hours, NCPPR had posted a press release headlined “Tim Cook to Apple Investors: Drop Dead.” It quoted Danhof:

"Here's the bottom line: Apple is as obsessed with the theory of so-called climate change as its board member Al Gore is. The company's CEO fervently wants investors who care more about return on investments than reducing CO2 emissions to no longer invest in Apple. Maybe they should take him up on that advice."

“[M]illions of Apple shareholders now know that the company is involved with organizations that don't appear to have the best interest of Apple's investors in mind. Too often investors look at short-term returns and are unaware of corporate policy decisions that may affect long-term financial prospects. After today's meeting, investors can be certain that Apple is wasting untold amounts of shareholder money to combat so-called climate change. The only remaining question is: how much?"

In both GE’s and Apple’s case, NCPPR seemed particularly miffed about the companies’ business activities related to climate change and renewable energy. When I asked Danhof to describe a GE sustainability or climate initiative that wasn’t in shareholders’ interest, he launched into a denunciation of renewables, explaining that, “We think that industries such as wind and solar have been hampered by subsidies. If the government wasn’t heavily subsidizing all these alternative energy, there would be no economic incentive.”

I asked Danhof whether he would make the same case about companies in the oil, gas, coal and nuclear power businesses, given that each is heavily subsidized. He declined to comment and changed the subject.

What’s the bottom line of all this? Companies engaging proactively in climate change risk mitigation, particularly investing in renewable power or efficiency measures, need to be ready with a point of view when groups such as NCPPR come calling. Forewarned is forearmed.

But having a ready answer may not be enough. NCPPR seems to be engaging in a clever and effective version of the old question “Are you still beating your wife?" — in which the climate deniers win no matter what. If a company “clarifies” its policies, as GE did, to reflect something it had been doing all along, NCPPR takes credit for a “major concession.” If a company refuses to respond or, as Apple did, commits to actions it deems in the public interest but which don’t necessarily have a visible financial return, NCPPR castigates it as anti-shareholder. It's a lose-lose game.

Greenpeace could not have done it better.

Photo illustration by GreenBiz Group, based on image by TijanaM via Shutterstock.

Are lawyers and accountants doing enough on climate change?

Inside Beautycounter’s quest to transform its mica supply chain