It started with a single email to Dignity Health.

Most people don't use plastic straws at home, so why are they so commonplace in restaurants? That was California teenager Shelby O'Neil's revelation after watching a television spot for her state's largest health care provider, Dignity Health. She didn't keep that question to herself, instead composing an email that wound up in the inbox of the organization's CEO, Lloyd Dean.

"I just thought I'd let them know I appreciated the ad but thought they should know about the dangers of straws," the 17-year-old told GreenBiz.

O'Neil actually spends a lot of her free time worrying, and educating other young people about the single-use plastics problem. She started a non-profit on Earth Day 2017, the Junior Ocean Guardians, to channel her passion, train other ambassadors and to earn credit toward her Girl Scouts Gold Award — the highest achievement that can be earned by high-school girls that belong to the national organization. O'Neill's friends are ambassadors, and many are involved in programs in the nearby Monterey Bay Aquarium; Shelby has volunteered more than 340 hours there herself. 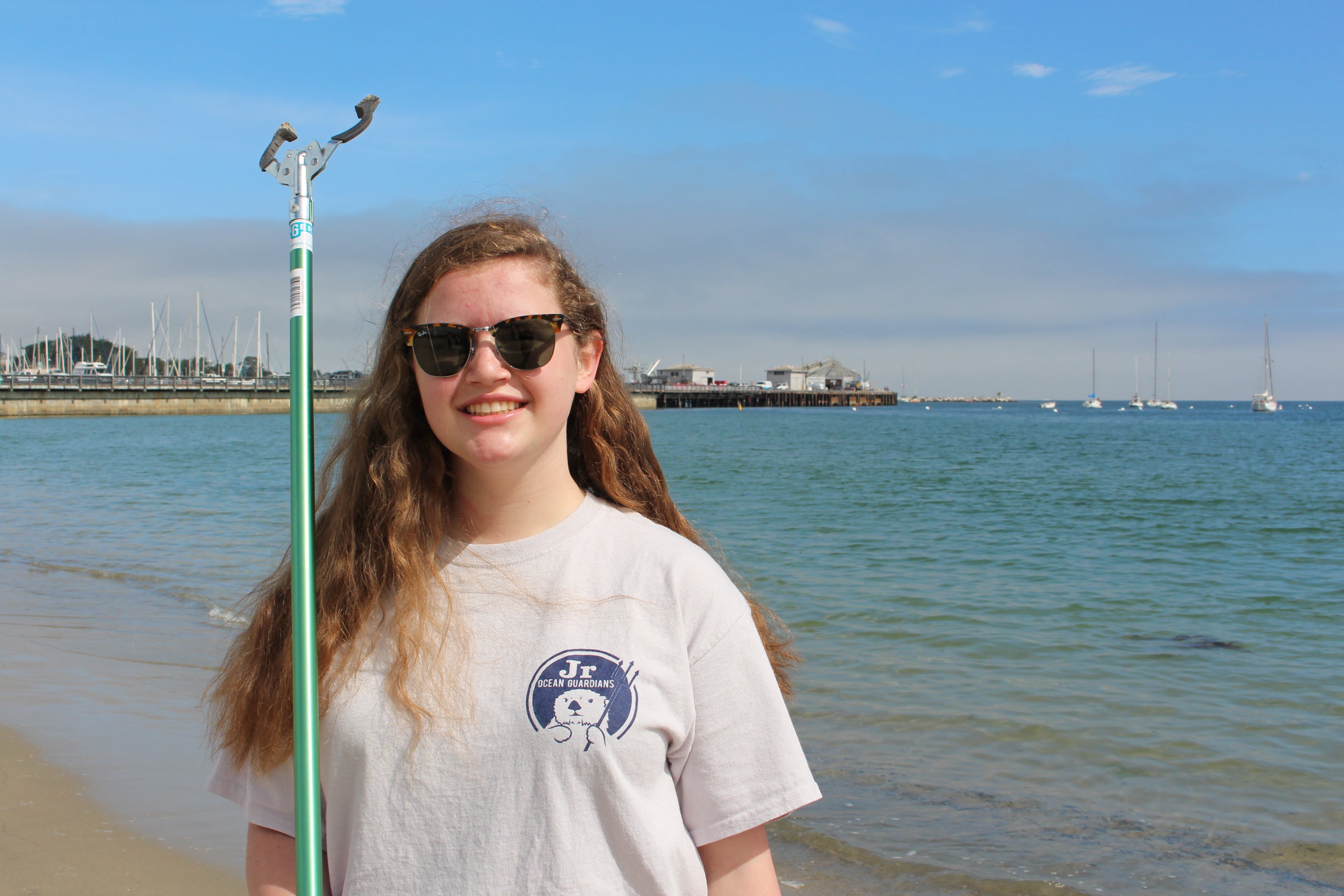 Her message was so persuasive that Dean assigned a taskforce to research the problem and potential solutions. Within just one month, San Francisco-based Dignity Health eliminated plastic straws and stir sticks from all of the cafeterias in its 39-hospital system — accounting for 50 percent of what's used every day. While straws are still used for patient care, the organization is studying compostable or biodegradable alternatives. The net effect: The health care organization has reduced its usage by about 5,500 straws daily, about 2 million per year.

"Shelby’s note stood out because of her strong commitment to reducing plastic waste," Dean wrote in a note to GreenBiz. "It inspired me to think about how I could help. Dignity Health has long advocated to protect our planet and I knew that it would only take a few small changes across our organization to make a big difference in our communities. As we looked at our operations, we discovered that we could do more than just reduce straws, but also eliminate plastic stirrers. I believe that we have a responsibility to make the world a better place for all of life's creatures and preserve it for generations to come. That's the essence of who we are and at the heart of our healing ministry."

A legacy of stewardship

O'Neil picked a company that was perhaps more inclined to listen than most. The $17 billion system — which has a presence in Arizona, California and Nevada — has reported on environmental, social and governance factors for two decades. Its 2020 goals include reducing greenhouse gas emissions by 40 percent and cutting water use by 20 percent (both against a 2010 baseline). As of its latest sustainability report in 2016, Dignity Health had decreased emissions about 10 percent despite adding 22 percent more floor space in its hospitals.

The hospital network is also acutely focused on chemicals — it was an early supporter of the Chemical Footprint Project. And Dignity Health was also a founding member of the Greenhealth Exchange, a purchasing cooperative that aims to make it simpler for medical organization to buy green and toxic-free equipment and supplies.

Mary Ellen Leciejewski, vice president of corporate responsibility for Dignity Health, said the task force assigned to address the plastic straw issue spanned the organization's sustainability team and purchasing department. It wasn't a problem they had previously considered, simply because of other priorities such as toxics management or figuring out how to recycle the "blue wrap" used to sterilize surgical tools, she said.

"Once we gathered the data about what we used, we had a good conversation about where the straws and stirrers could be eliminated," Leciejewski said. "We also set about finding more responsible substitutes made out of paper or bamboo." Now, paper straws and wooden stirrers are available to visitors who request them. Straws haven't been eliminated from the care side of the organization, but Dignity Health is assessing plastics replacements. 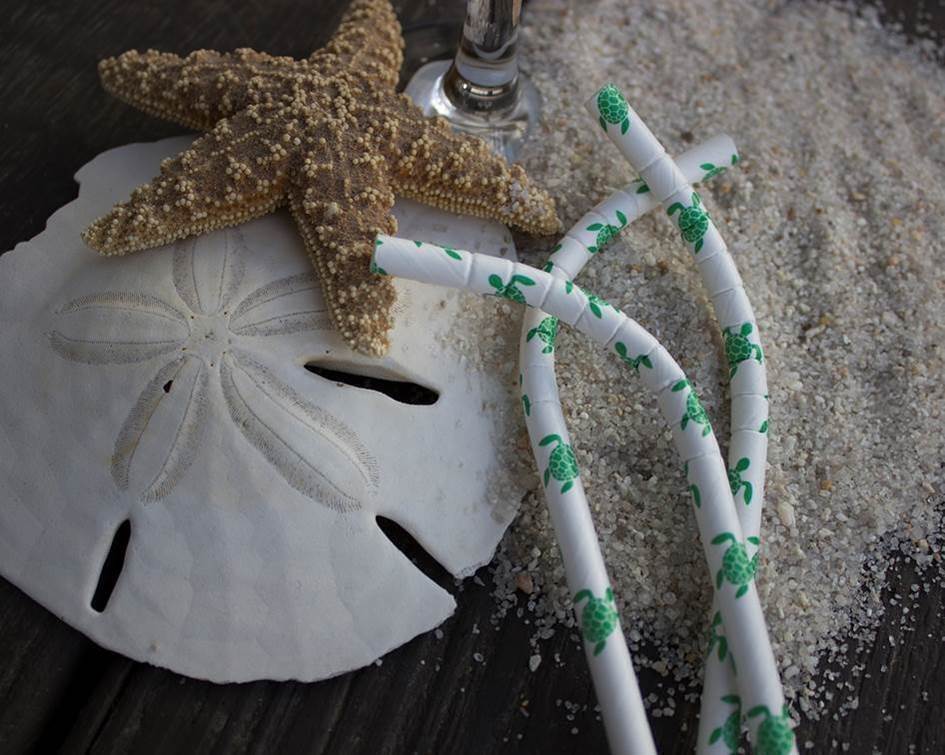 Straws are one of the most common sources of single-use plastics waste on beaches and in the ocean, according to data collected by environmental organizations. One estimate, offered by an NGO called Be Straw Free, suggests that Americans alone use a half-billion straws daily. The issue has been gaining more notoriety in the past five years, and more restaurants and cities are considering bans.

Aside from Dignity Health, O'Neil said her local campaign near her hometown of San Juan Bautista also struck a chord with Farmer Brothers, a Texas-based coffee company, which promptly banned plastic stirrers from its headquarters operations and began studying how to do so in its more than 100 locations nationwide. Like Dignity Health, the company simply never had considered the problem, and she was gratified by the response to the CEO.

"I was doing this to inform," O'Neil said. "A lot of these organizations do want to do better. I knew they have the right intentions."

Up next, O'Neil is campaigning for the idea of a statewide "No Straw November" that more broadly challenges people to reduce their consumption of single-use plastics — Greenpeace recently estimated that about 90 percent of the plastic produced annually is not recycled or reused. The California Coastal Commission has drafted a resolution. She recently contributed a blog post on the Leonardo DiCaprio Foundation web site.

What about her post high-school plans? Entering the second half of her junior year, O'Neil is passionate about both marine biology and political science, but isn't sure yet what her college major will be other than it will be about "making change."