How GM, Mars and Timberland are cultivating smallholder farmers

Last month, a local cooperative of native farmers harvested Haiti's first crop of cotton in almost three decades. That's even more remarkable when you consider the fiber was once its fourth-largest agricultural export.

The test field outside Gonaives, a city of about 300,000 people, was planted through a collaboration of outdoor apparel company Timberland and non-governmental organization Smallholder Farmers Alliance (SFA), which have been in-country since 2010 as part of an agroforestry program committed to reforesting Haiti (6.5 million seedlings reintroduced so far) and to improving the livelihood of more than 3,000 local farmers.

Haiti's deforestation — the country's tree cover is estimated at just 1.5 percent — has been exacerbated by many factors, including the use of wood for cooking charcoal, the country's rapid population growth and unsustainable practices. Timberland runs a large manufacturing facility in the neighboring country of Dominican Republic. In exchange for helping plant and tend saplings, farmers receive seeds, tools and other resources to improve their crop yields.

"We strive to be a company of Earthkeepers, meaning we work hard to make our products responsibly, to protect the outdoors, and to serve communities around the globe where we live, work and explore," said Atlanta McIlwraith, senior manager of community engagement for Timberland, in a press release issued when the crop was planned in August.

This first harvest includes one native cotton strain from Haiti still found in local gardens alongside varieties from Brazil, India and the United States that were adapted to local soil and water conditions. Over time, Timberland has committed to sourcing one-third of the cotton for its clothing from the farmers here — "subject to price, quality and volume." If it's satisfied with this yield, the plan is to plant larger quantities in August. Sister brands at its parent VF Corporation, such as Vans, are studying the program closely.

The vision is to engage more than 17,000 farmers over the next five years, doubling their income, and eventually planting at least 25 million trees.

"My parents and grandparents grew cotton not far from here, and now I can tell my children cotton is back after a long time away," said Nerlande Dautarn, one of the farmers involved in the project. 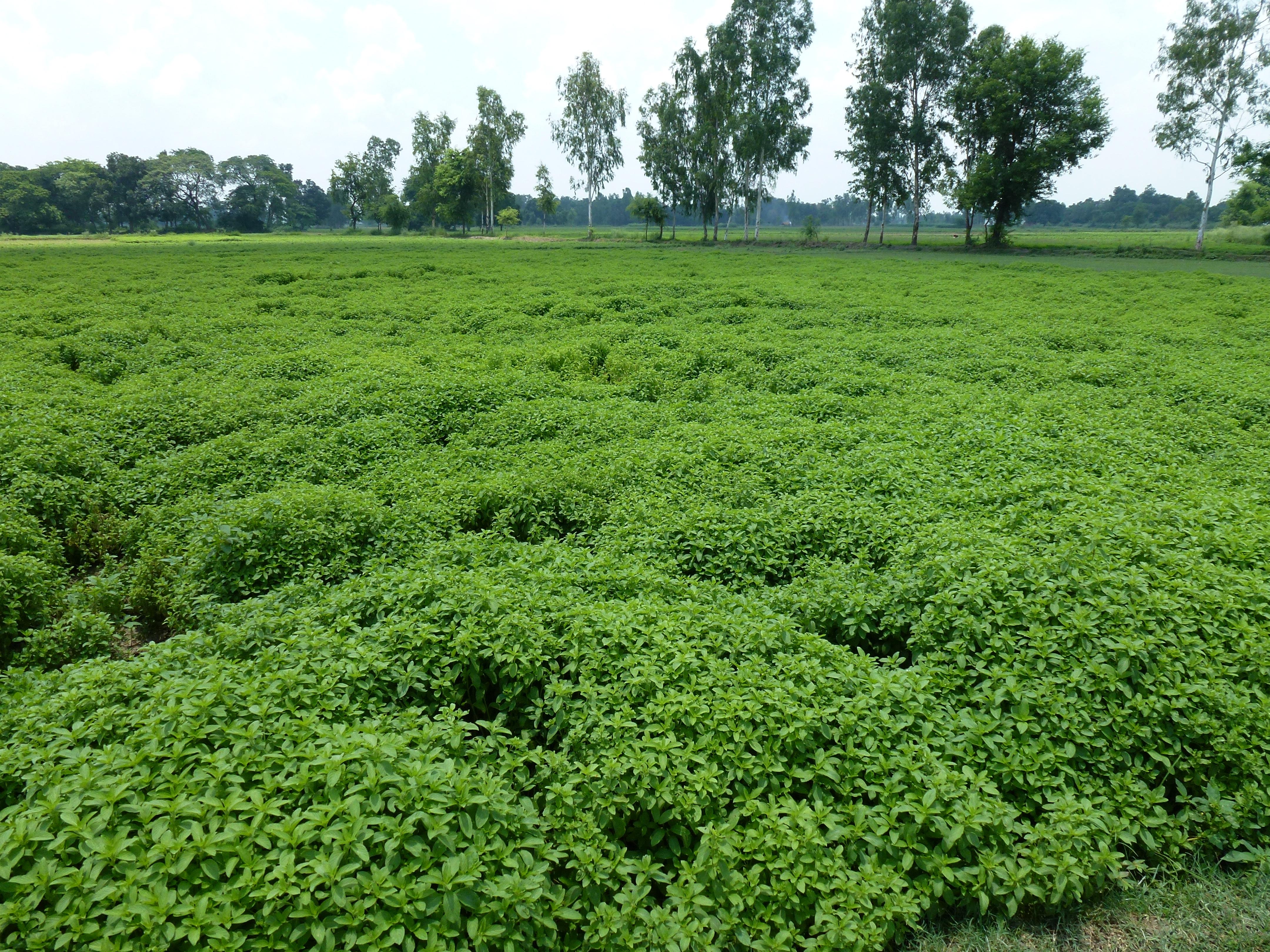 The likes of Timberland's program can be found all around the world supported by forward-thinking companies — including Asia Pulp & Paper (APP), Bayer, General Motors, Kellogg, Mars Wrigley and Unilever, to name just a few — that see a link between thriving agricultural communities and their sustainable, future supply of natural commodities. According to statistics shared by Bayer, more than 500 million farms take up less than two footfield farms — that's 70 percent to 80 percent of all farm land globally. These farms produce an estimated 80 percent of the food in emerging economies, according to Bayer.

Just last week, essential oils company doTERRA launched an initiative in Kenya that's expected to create more than 5,000 farming jobs by 2020. "From rehabilitating dilapidated schools for Kenyan children to training farmers to increase their capacity and earning potential, our initiatives have already made a significant impact in two short years," said Corey Lindley, founding executive, president and chief financial officer for doTERRA, in a press release. "We look forward to expanding these initiatives to create positive impact on an even larger scale in the coming years."

In some cases, these farmers may be far removed from their sphere of direct influence but the risks of doing nothing outweigh the challenge of figuring out ways to make an impact.

"If we take more than we give back, then it will be a short-term business," said Alastair Child, vice president of sustainability for Mars Wrigley Confectionary, who participated in a GreenBiz 18 workshop dedicated to this topic earlier this month in Phoenix.

One of his parent company’s core operating philosophies centers on "mutuality," the idea that the business should create benefits for all stakeholders, including the small farms that produce key commodities such as cocoa and mint. “The mutuality principle basically says that a mutual benefit is a shared benefit, and a shared benefit will endure,” Child said.

Mars Wrigley’s initial focus in cultivating smallholder farmers has centered on developing a more sustainable source for natural mint, a $700 million industry heavily dependent on smallholder farmers in India. An estimated 80 percent of the world's mentha arvensis comes from that country, especially the Uttar Pradesh region, where 1 million farmers grow the crop.

The company's five-year-old program there, Shubh Mint, is ambitious. The goal is to encourage at least 20,000 farmers to adopt "good agricultural practices," to reduce water consumption related to the crop by 30 percent, and to double the farmholders' income (and not just by selling mint). As of 2017, the company had reached more than 2,600 farmers, Child estimated. 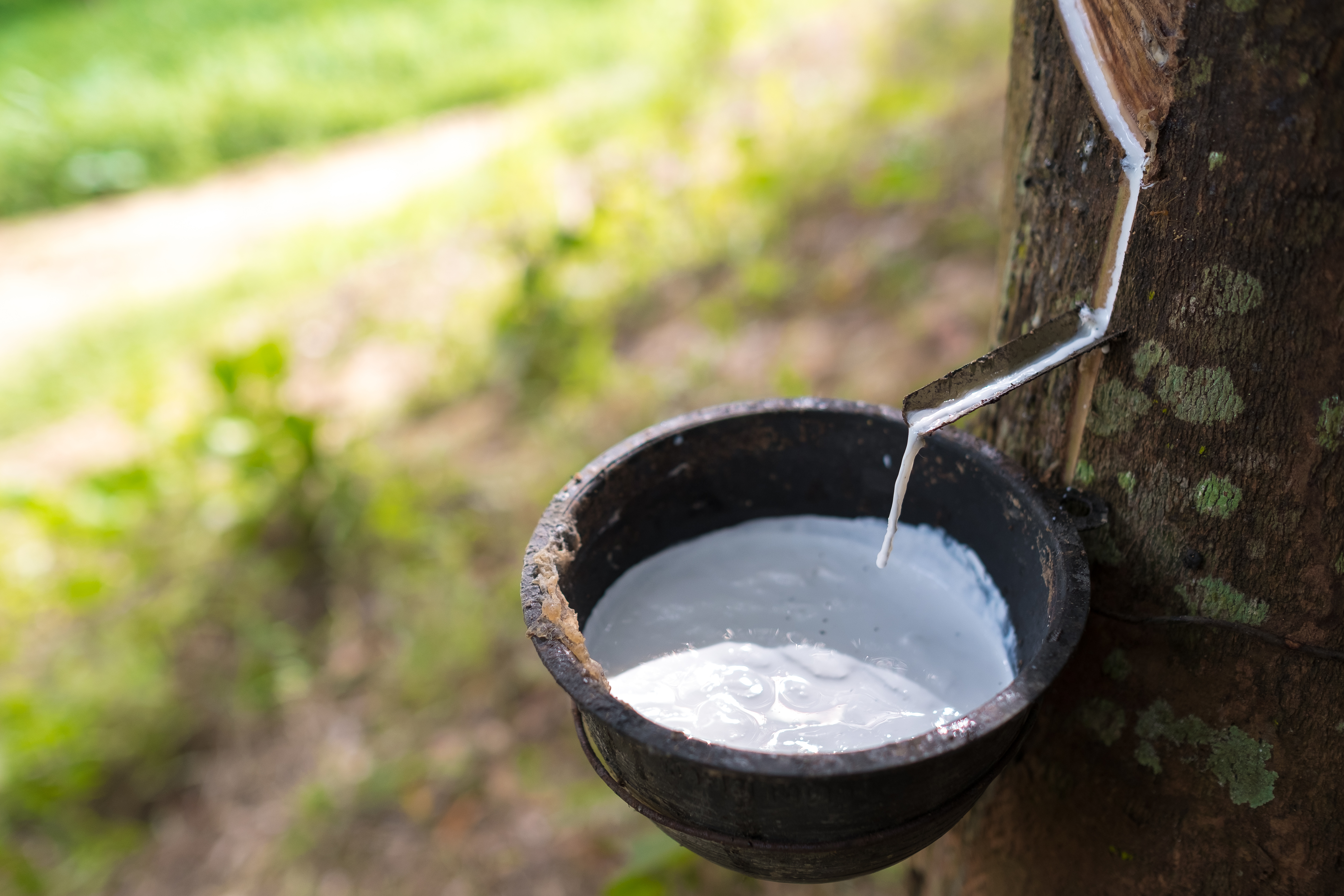 Given Mars' heavy reliance on natural commodities for its chocolate and other confectionary products — more than 65 percent of its gum and related products use some form of mint — you're probably not surprised to hear it has a program like this. But GM's interest in cultivating sustainable natural rubber is perhaps even more ambitious. The largest U.S. automaker's interest in deforestation led it to this initiative, a collaboration with the four huge tire makers Bridgestone, Continental, Goodyear and Michelin, said David Tulauskas, director of sustainability for GM, who also shared his perspective during GreenBiz 18.

Up to 85 percent of natural rubber comes from family-owned farms across Southeast Asia that are often held hostage by the pricing set by exchanges in Singapore, he said. By creating clearer, specific procurement policies, GM hopes the industry can help change those economics.

To be clear, it's pushing this as an industry effort. While GM buys close to 49 million tires annually, that's just a small drop in the bucket — about 10 percent of the market. To be effective, this idea needs buy-in not just from other automakers — GM's competitors — but also from companies engaged in the process of selling replacement tires. And China also needs to step up: the country currently sources about 30 percent of all tires, Tulauskas estimated.

"Today, we're in an era where everybody is focused on driving the top line through sustainable innovation, new products, new services," Tulauskas said. "This next wave of leadership is all going to be about thriving communities, going beyond our four walls, going outside our fence lines and engaging in the communities in which we operate. And ultimately serving and improving the communities in which we operate. Companies have to be a source for good."

What works and what doesn't? Here are three things that GM, Mars Wrigley and a company even "closer" to smallholder farmers, APP, have learned in the field so far:

Programs of this nature are driven by a business case that is part "head" and part "heart." So while it’s important to win over senior management and key teams, such as the procurement department, the methods you use to measure progress may be unconventional.

"We’ve delayed action and progress because we have been trying to figure out the perfect metric," Tulauskas said. "You can’t delay action."

At Mars Wrigley, the focus is on trying to make the concept of "sustainable sourcing" as accessible to senior management as the need for quality control or great customer engagement. Child’s ultimate dream is to have a sustainability team of one, because every function is compensated for making it part of operational best practices. "We have to make this stuff feel like business," he said.

2. Find the right influencers in the field

At the grassroots level, your organization can build trust by spending time to understand the cultural implications of land tenure and who has rights (and what rights), said Ian Lifshitz, director of sustainability for the Americans with APP. Stakeholders in every village or community — including local elders and local NGOs — will be important in gaining trust. "They want to hear from their neighbors and village leaders," he said.

Local governments also will want to be part of the solution, and can be a valuable ally in delivering the message, Child said. As an example, he pointed to work that Mars Wrigley is doing with officials in West Africa’s Cote d'Ivoire, where it is working on encouraging better agricultural practices related to cultivating cocoa. "You need to make them feel part of the design," Child said.

3. Look beyond your slice of the problem

Yes, training in more sustainable farming practices is a start but it should go beyond that. APP’s program is focused on helping farmers establish incomes that have nothing to do with harvesting trees.

Mars Wrigley started out in India back in 2013 with a local literacy program to set the foundation for its work on mint farming. It also has established more than 200 self-help groups for women across the region. Both initiatives, as well as others, were predicated on the realization that mint crops may not even be most of an individual farmer’s income — in many cases, it’s just 11 percent.

"We’re not looking at just one aspect of the challenge," Child said. "We’re looking not just at the crop, but also the incomes, youth, education and women."